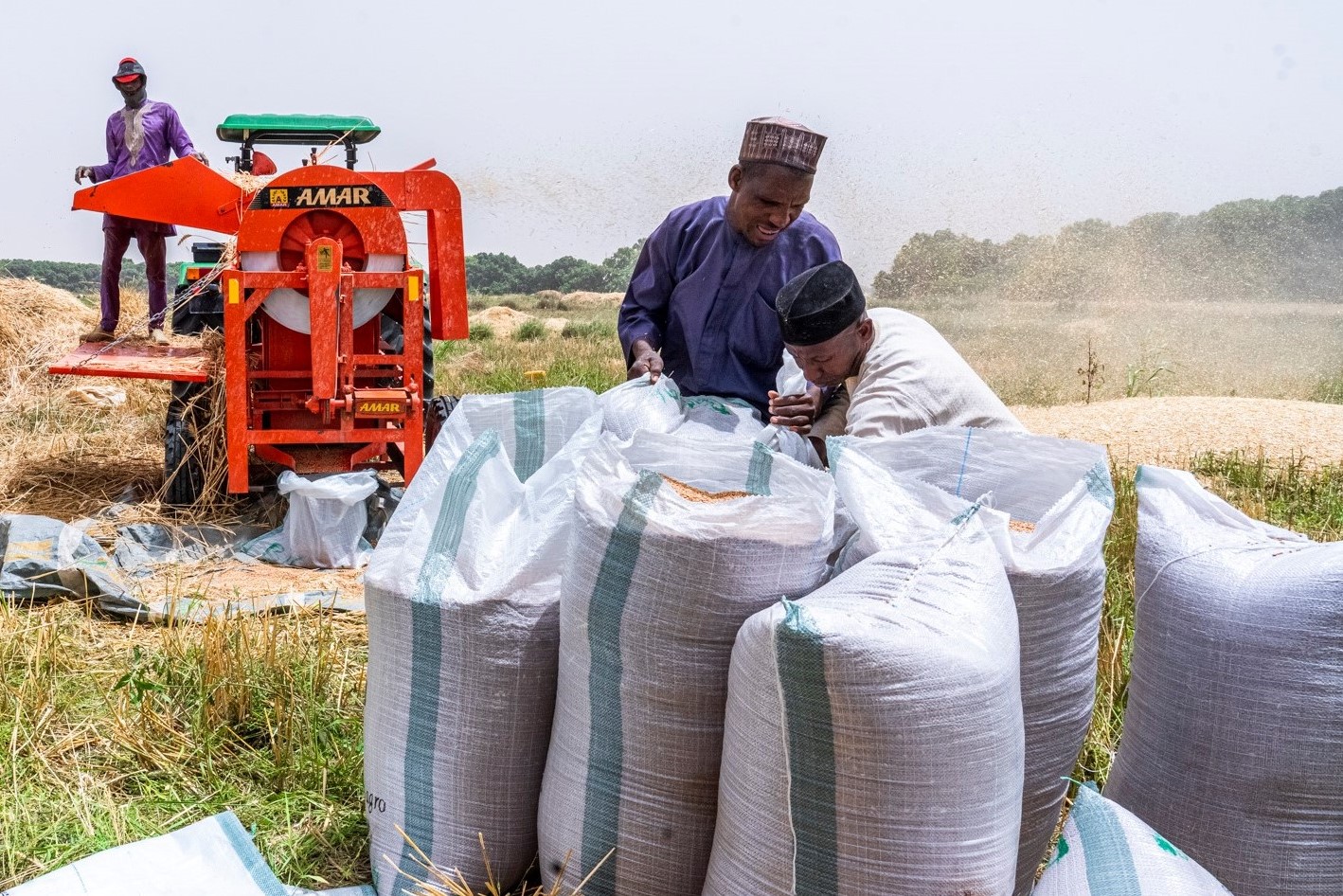 The Managing Director/CEO of Heritage Bank, Mr Ifie Sekibo, has expressed concerns over the high wheat import bill of Nigeria, noting that it was for this reason the bank was collaborating with the Central Bank of Nigeria (CBN) to adopt a novel approach to boost local production capacity.

Speaking at the launch of the Wheat Seed Multiplication Project tagged the Brown Revolution Initiative in Jos, Plateau State, the renowned banker said the partnership with the central bank is expected to add about 750,000MTs via rain-fed cultivation and reduce annual import by 60 per cent.

He further said the strategic partnership would help reverse the huge amount of foreign exchange (FX) used to bring the wheat into Nigeria and upscale its domestic production to close the wide supply gap in the agricultural space.

As part of the bank’s efforts to support the high yield seed variety to national wheat seed stock, Mr Sekibo, represented by the Head Agricbusiness and Export, Ugonwa Ikegwuonu, explained that the lender sets out to cultivate a total of 1,000 hectares of farmland at the end of the year with at least producing about 5 tonnes of wheat seeds per hectare in terms of yield.

“We set out to cultivate a total of 1,000 hectares of farmland but at the end of the day because of time constraints & other challenges, we have been able to cultivate 357 hectares.

“The crops according to the project manager are doing very well and in a few weeks they will be ripe for harvest, in fact, part of the farm is already ripe for harvest. So, we set out with this partnership with two anchors which we call service providers,” he further explained.

Also commenting, the Deputy Governor, CBN, Mr Edward Adamu, stated that the short-term benefit is the addition of about 2,000 metric tonnes (MT) of high yield seed variety to the national wheat seed stock which is 20,000MT currently.

According to him, this effort has the potential to add about 750,000MT of wheat annually through rain-fed cultivation.

He noted that estimated that only one per cent or 63,000MT of wheat, out of the five to six million metric tons of wheat consumed annually was produced locally.

The Governor of Plateau State, Mr Simon Lalong, while also speaking at the event, affirmed that Nigeria was on the path of agricultural food sufficiency with the ‘Brown Revolution’ the rain-fed wheat would help curtail the $2 billion spent on importation of wheat.

He further noted that the target of his administration was to attain zero importation of wheat, attain wheat sufficiency in the economy and commence exportation to raise foreign reserve.

President of Wheat Farmers Association of Nigeria, Mr Salim Muhammad, stated that they have a good understanding with Heritage Bank for its proactive approach to the objective of the rain-fed wheat production in the agriculture value chain.

“I assure you that at the end of this programme, by next season, it will be a different scenario/story because we are now doing it on a very small scale but I’m sure by next season, the real revolution will start off and it will be seen all over Nigeria. Because currently, we are producing wheat in 16 wheat-producing states.

“By the coming of this wheat dry season, seeds available and practicable; we are going to expand our scope to cover other areas that can produce wheat during the dry season.

“I’m not saying that we are going to cover the whole 36 states of the country, but I assure you, by next season we will be thinking of about 20 to 27 states that we have,” he stated.

Business Post reports that the scheme was put in place to meet high demand amid the poor production capacity of wheat in the country.