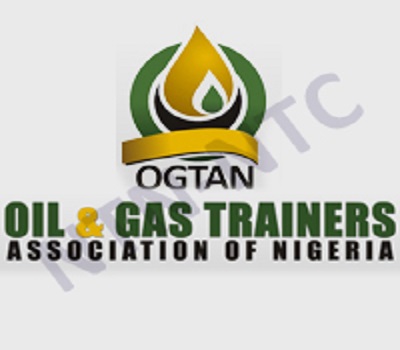 The Oil and Gas Trainers Association (OGTAN) has commended the management of the Nigerian National Petroleum Corporation (NNPC) under the leadership of the Group Managing Director, Dr Maikanti Baru, for sanitizing the distribution channels of petroleum products in the country.

President of OGTAN, Dr Mayowa Afe, gave this commendation during a courtesy visit to the GMD at the NNPC Towers, Abuja, on Thursday.

Dr Afe noted that the current transparent nature of petroleum products distribution channels had brought sanity to the downstream sector of the Nigerian oil and gas industry.

He said: “Let me congratulate you on the sanity that has come to petroleum products distribution in Nigeria. There is sanity now and we want to thank the NNPC Group for the sanity, openness and transparency they have brought to the distribution of petroleum products in the country. Though there is still much to do, the openness has brought a lot of comfort to Nigerians,” Dr. Afe enthused.

The OGTAN President urged NNPC to collaborate with the association to help domicile more training in Nigeria to reduce capital flight.

“We urge you to partner with OGTAN in the training and development of oil and gas host communities and youths to promote peace and conducive environment for production,” Dr Afe said.

In his response, Dr Baru said training was key for the survival of any organization especially the NNPC which was currently undergoing transformation, adding that most of the departments would require OGTAN training to refocus for profitability.

“The visit of OGTAN at this point of our transformation is very apt because the various arms of NNPC require ideas, training and of course refocusing. Many OGTAN members having academic backgrounds as well as practical experience that can help our transformation process in the NNPC,” Dr Baru stated.

He noted that the NNPC has a fully integrated working environment which comprises seismic data acquisition, drilling and production of crude oil and gas, processing, shipping and sales as well as refining and distribution of the various petroleum products.

The NNPC helmsman informed that the Corporation welcomes research and innovative ideas and that it would consider working with OGTAN as a local partner to reduce training cost rather than going overseas.

“As much as possible, we will continue to utilize the services of OGTAN members in order to upgrade our human resource to be able to meet the daily challenges in the oil and gas industry,” Dr Baru stated.

He commended OGTAN for growing the training component of the Nigerian Content policy, noting that training was key to growing local expertise for the petroleum sector in the country.

Dr Baru said NNPC had been at the fore-front of growing local skills for the oil and gas industry which had led to the rise of indigenous welders and fabricators, stressing that some of the trainees were contributing enormously to the development of the industry.