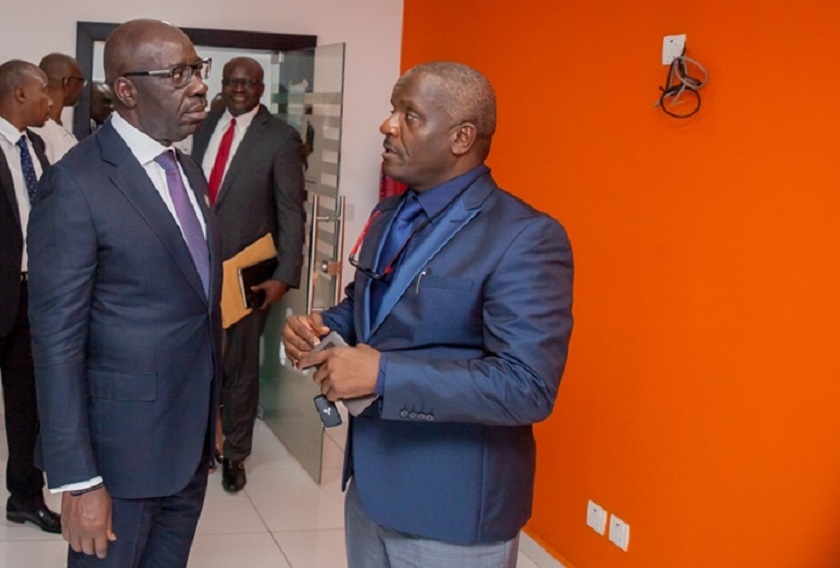 The Managing Director of the Edo State Geographic Information Service (EdoGIS), Mr Frank Evbuomwan, has said the state was now becoming a destination for prospective investors because of the land reforms of Governor Godwin Obaseki.

He said these reforms have eased the process of land registration and management and have as well boosted the revenue of the state.

Speaking at a joint security meeting with heads of various security agencies at the Government House, Benin City, he said over N3 billion has been generated in less than three years through EdoGIS.

Mr Evbuomwan revealed that the amount was generated between September 2018 and July 2021, noting that this was achievable through the digitisation of Certificates of Occupancy (C-of-Os) which have eliminated fraudulent practices in land registration processes since the inception of the agency in September 2018, compared to the past.

“In the first 18 months of our existence, we generated about N1 billion, but between 2018 and July this year, we have generated over N3 billion,” he said, buttressing that EdoGIS had simplified and reduced the timeline and burden laced with land titles application.

“Edo State is now the destination for prospective investors due to the speedy access to land documentation, titles, and guaranteed landed property. Before the EdoGIS came on board, it took between one and three years to get C-of-O.

“The Edo State Government has simplified the process of obtaining land title and strengthened the security of land and titles by the Edo State Private Property Protection Law 2021,” Mr Evbuomwan said.

Meanwhile, the state government has commended its synergy with security agencies in reducing kidnap cases along the Benin-Auchi Expressway.

Speaking at the meeting, Governor Obaseki revealed that the security environment in the heartbeat of the nation was relatively calm, assuring that the government will continue to review its strategies to sustain the development.

According to the Governor, “The reports showed that the security environment in Edo is relatively calm. Steps have been taken to ensure that incessant kidnapping and armed robbery along the Benin-Auchi Expressway are brought under control.

“We have seen a considerable reduction in incidents of kidnapping on that axis. We have seen a few more cases in the Uromi-Agbor axis and that is being worked on. We also considered a report on drug abuse by the National Drug Law Enforcement Agency (NDLEA).”

While reviewing the state of security in the state, Mr Obaseki noted that the state government was teaming up with the NDLEA, civil society groups, religious leaders, non-governmental organisations, and the media to bring to light the dangers of drug abuse.

Nigeria is Not a High-Debt Risk Nation—DMO