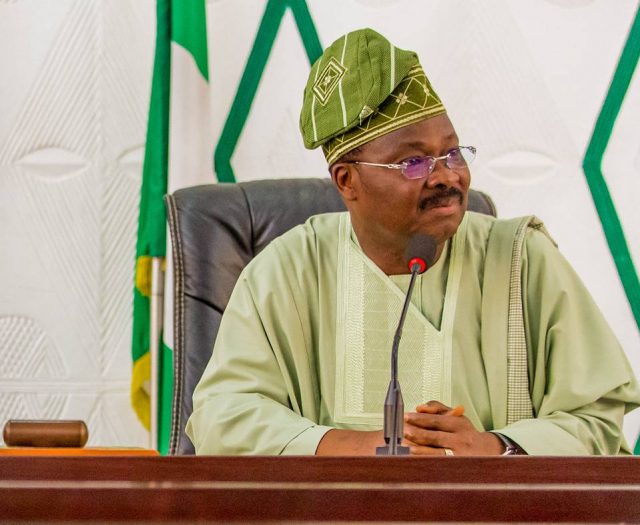 A $2 billion (about N636 billion) investment deal has been completed between a Chinese conglomerate, China Polaris, and the Oyo State government.

The deal, Business Post learnt, is for the establishment of a free trade zone for the manufacturing of automotive products, solar power generation, among others.

Governor of the state, Mr Abiola Ajimobi, disclosed on Tuesday during the turning of the sod to herald the construction work for the project, tagged Polaris-Pacesetter Free Trade Zone, located along the Lagos-Ibadan Expressway, Ibadan, expressed optimism that the project, which occupies a thousand hectares of land, would be ‘the new hub of African economy’ when completed.

Mr Ajimobi described the event as the outcome of a journey of five years of intensive hunt for investors in core economic activities in his determination to achieve growth and sustained development in the state.

“During the period, I was in China for two weeks to seal the agreement, which culminated in the ceremony we are having here today (Tuesday).

“I’m happy to announce to the people of Oyo State that today berths the result of a five-year intensive hunt for genuine investors to come and partner us in the state.

“Polaris-Pacesetter Free Trade Zone is an industrial revolution with the total package of $2 billion investment aimed at pushing the state to the top notch, not only in Nigeria but in Africa.

“The multiplier effect of today’s ceremony is the imminent massive job creation and financial freedom for the government and the good people of our dear state,” he said.

However, Mr Ajimobi appealed to the Chinese investors to fast-track construction works at the trade zone, with the target of completing the first phase in the next three months.

Describing China as the fastest growing economy in the world, the Governor said that the industrial template to be propelled by the Polaris-Pacesetter Free Trade Zone would enhance agricultural, commercial, educational and infrastructural development in the state.

He was upbeat that the project would be a source of envy to states that border Oyo when completed.

The Governor said that the time had come for the state to add value to agriculture by ending the regime of wastages besetting the sector and the state’s natural resources.

President of China Polaris, Mr Zhang Wendong, and the leader of delegation, who is the representative of the Chinese government, Ms Zhang Xuemei, were among the top Chinese officials on the train.

Mr Wendong assured the state government of the investors’ irrevocable commitment to the Polaris-Pacesetter Free Trade Zone project, saying that the first phase of the project, which comprised of five factories, would gulp about N159 billion ($500 million).

He hinted that the conglomerate would ensure the completion of the last phase of the project within the next two years timeline that was proposed by the state government, which, he said, would include an assemblage of automotive products and production of solar energy to power.

He said, “Polaris-Pacesetter Free Trade Zone will encompass light, medium and heavy manufacturing lines of $2 billion. The first phase will cost $500 million, which will involve production and assemblage of vehicle parts and solar energy.

“We are targeting solar energy that will power the whole of Ibadan and its environs. This is the first of its kind in Africa and it will be replicated in other African countries.”