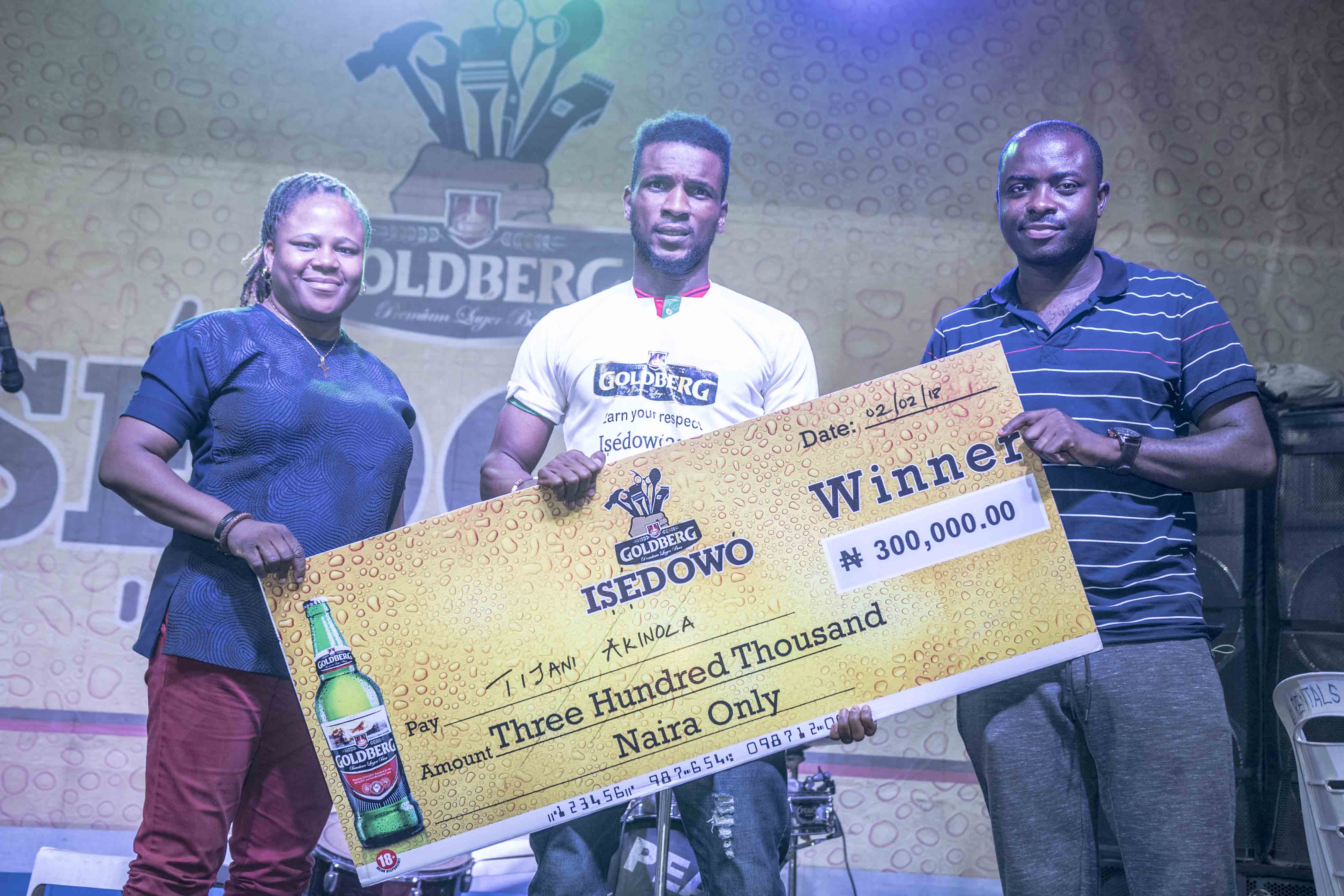 The funding support, which is from the premium quality lager beer produced by Nigerian Breweries, is mainly to intervene in the financial challenges facing artisans in the south west region of the country.

During the event, which was well attended by a cross-section of artisans and citizens of the state with diverse interests, the 25 artisans commended Goldberg for the empowerment scheme.

At the empowerment campaign, which took place at the Lekan Salami Stadium, Adamasingba, Ibadan, one of the beneficiaries, Orimadegun Ishola, described the scheme as laudable and worth emulating.

Ishola, a trader in bags and shoes, stated that he could now expand his business by buying more products for sale. “The empowerment scheme is timely and a huge relief,” he said.

Bakare Michael Taiwo, a panel beater, praised Goldberg for creating wealth and job opportunities in the Southwest. He said the grant would enhance his business as he would now be able to purchase additional working tools and build a workshop he had longed to have.

He affirmed: “Isedowo has taken that burden off me and has put smiles on faces of people in distress.”

Tolulope Soremi, a dry cleaner, who also extolled the brand, said he would buy a washing machine with the grant, while an elated Folake Sunday Christiana, a caterer, stated that she would buy an industrial oven used for baking about 300 meat-pies and a cutting machine with the grant. She added that Isedowo has made 2018 a blessed year for her. “I can now run my business with ease,” she said excitedly.

Commenting on the scheme, the Portfolio Manager, Mainstream Lager and Stout brands at Nigerian Breweries Plc, Mr Emmanuel Agu said the entrepreneurial intervention is part of Goldberg’s strong resolve to eliminate poverty and unemployment among people of the Southwest, especially artisans who have little or no capital to invest or expand their businesses.

According to him, Isedowo would in no small measure improve the living standard of people in the region.

“Goldberg through Isedowo has deepened its connection with the people of the Southwest by supporting their economic aspirations,” Agu said.

He disclosed that the next Isedowo empowerment scheme will take place in Abeokuta, Ogun State, on Friday, February 9, 2018.

To benefit from the initiative, interested participants are expected to showcase their business ideas and how they impact the society.

About 100 artisans across the Southwest region will be rewarded by Goldberg with N300,000 through Isedowo.

Activations have been successfully concluded in Osun, Ekiti and Ondo States where 60 artisans received similar grants.

Related Topics:25 artisansisedowooyo
Up Next

What Nigerians Must Consider Before Investing in Bitcoin—Olaoye