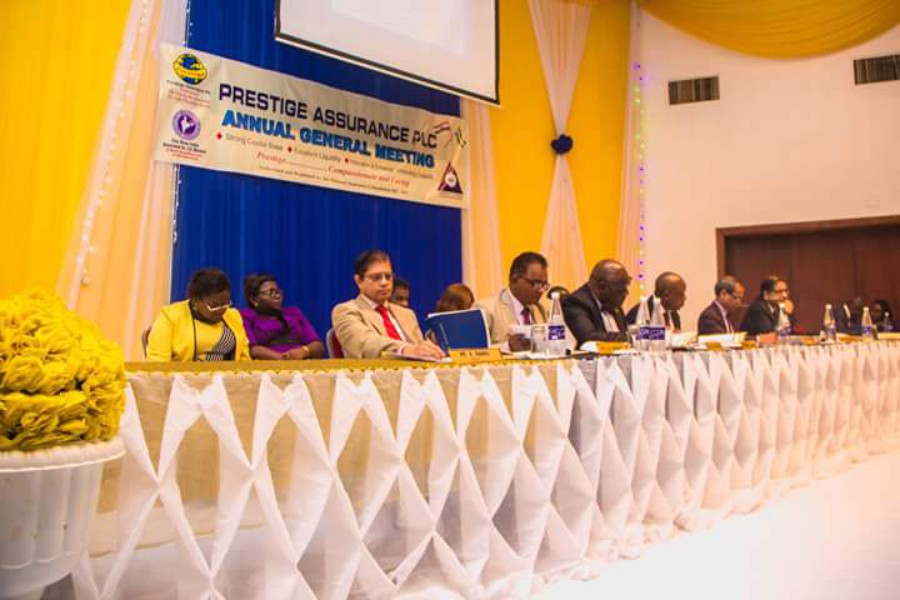 Shareholders of Prestige Assurance Plc have been assured of payment of dividend for the 2018 financial year.

This assurance was given by Managing Director of the insurer, Mr Balla Swammy, at the company’s Annual General Meeting (AGM) held recently in Lagos.

Mr Swammy explained that the dividend should be paid to shareholders next year for the 2018 business year because the firm, in 2017, cleared the accumulated loss for year 2015 and 2016.

He said last year, Prestige Assurance raised its earnings per share to N9.90k from N4.13k, while the profit after tax increased to N532 million from N222 million in 2016, representing 140 percent growth.

Mr Swammy attributed this growth of the premium to the relocation of the Abuja, Ikeja (Lagos) and Kano branches to profitable centres.

According to him, the action, which resulted in increase in the premium generated by the branches, also boosted the profit after tax.

Related Topics:prestige assurance plc
Up Next