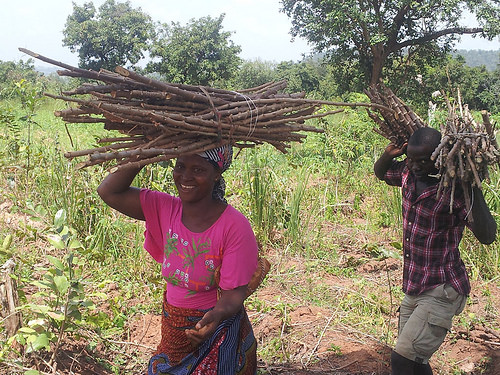 The Management of the Raw Materials Research and Development Council (RMRDC) has pledged to donate improved cassava stem and some project vehicles such as Hilux vans and motorbikes to cassava farmers in Imo State.

This gesture is to facilitate production and development of the crop in the state.

Director General of RMRDC, Mr Hussaini Doko Ibrahim, made this pledge when monarchs from the state under the auspices of Royal Fathers in Agriculture (ROFINA) visited the council’s Headquarters I Abuja recently.

They said their visit to the council became necessary to enable the rural leaders restore the glory of cassava production and processing in the state and the nation.

Mr Chidume said, “Imo state had been known for its high yield of this crop, but the case is different today as they are now faced with some challenges that have resulted to low yield.”

He said further that the mission of ROFINA is to seek the collaboration of RMRDC to facilitate the Federal government programme on diversification; with special focus on cassava development in Imo State.

The group presented to the council their request on specific areas of need which included providing them with improved varieties of cassava stem with high starch content for establishment of industrial cassava starch processing plants, organizing training/capacity building programmes for farmers and cassava starch processors in the state among others.

Responding, the DG of RMRDC, represented by the Director Industrial Chemicals and Minerals Department (ICMD) Dr Moses Omojola, said that the RMRDC was ready and willing to partner with any organization, be it private or public, whose efforts are in line with propagating the council’s mandate.

He expressed delight at their visit, and briefed the guests on the mission of the council which he said was to promote the development and optimal utilization of the nation’s abundant raw materials resources for industrial growth.

According to him, Nigeria is more of a consuming nation compared to China, Thailand and some other nations that generate foreign exchange from their cassava production. There is therefore the need for the nation to change this orientation.

He said that RMRDC is working in this direction. “Its agriculture boosting programme is geared towards promoting increased productivity of agricultural raw materials in Nigeria of which cassava is one of the crops so far promoted under this programme. The Council procures improved seeds and seedlings and distributes same to farmers and Growers Associations in areas ecologically suitable for their cultivation”.

He has therefore directed that Memorandum of Understanding (MoU) be drafted for signing by RMRDC and ROFINA to commence the collaboration.