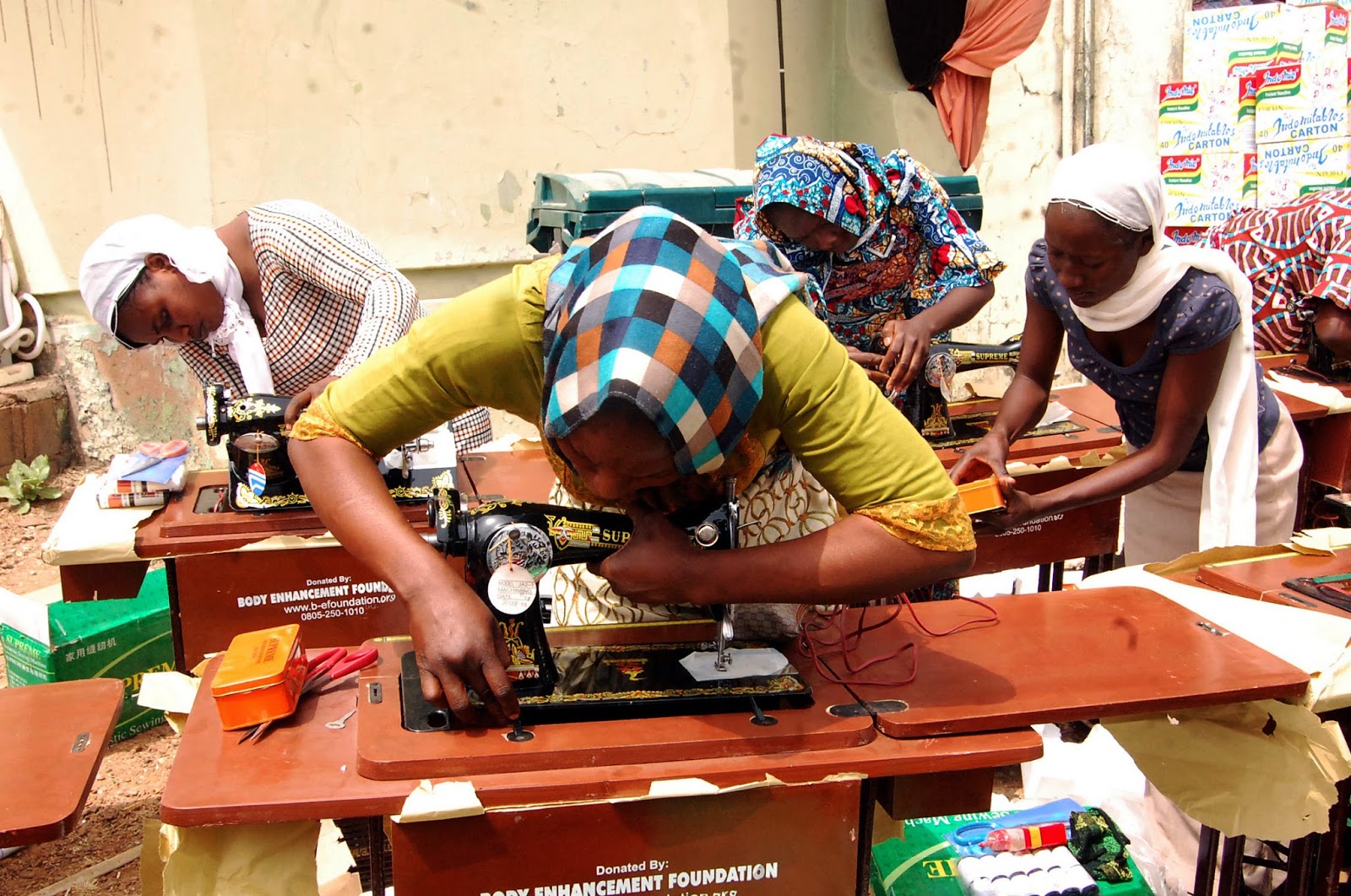 The pointed out that in the case of Nigeria, the absence of skilled manpower has led to the loss of millions of naira in capital flight to experts from other countries.

The gap in skills has constrained economic and social development, limiting the ability of individuals to get jobs and improve their living standard; of companies to improve productivity, competitiveness, and growth; and of countries to reach their potential, particularly in developing countries.

Speaking at the sixth graduation ceremony of 300 vocational skills trainees of a non-governmental organisation, the Mother and Child Care Enhancement Foundation (McCEF), registered by the first lady of Nasarawa State, Mrs Salamatu Umaru Tanko Al-Makura in Lafia, the executive vice chairman of the National Agency for Science and Engineering Infrastructure (NASENI), Prof. Sani Haruna, said human capacity and capability for production are key to the industrial development and self-reliance of any nation.

Prof Haruna, who was the chairman of the occasion, noted that the industrial development and self-reliance of any nation stands on a pyramid whose components include craftsmen and women; technologists and technicians; engineers and scientists and the experts and academia.

He said, “The largest and most important aspect of this component is craftsmen and women. They are the foundation of the pyramid and they know what to do. The second components are technologists and technicians. Their own mandate in the pyramid is that they know how to do. The third components are engineers and scientists who know why it is done. At the peak of the pyramid are game changers, those with advanced degrees who live in the virtual world. They live in tomorrow; they create jobs for this category.”

“Unfortunately the foundation of this pyramid, which is skill acquisition is lacking in Nigeria and for that reason, today, the best plumbers, artisan, masons, tillers are coming from Togo or China. So, what MCCEF is doing today is to demonstrate the level it has gone in bridging this gap,” he stated.

She said, “This event is significant in many ways as you are graduating 300 women and youths and you are sending them back into their communities with new skills, knowledge and mindset to better themselves and help their communities.”

The First Lady, represented by a former Minister of State for Science and Technology, Mrs Pauline Tallen, congratulated the graduates and urged them to use the skills they had acquired to change their lives and their communities.

In his remarks, Mr Al-Makura said activities of NGOs such as McCEF in filling the gaps and supporting the developmental efforts of government at all levels were worthy of emulation.

“This graduation is coming at a very special period for us in Nasarawa State, and more so because we have invited someone who is part and parcel of skills acquisition not only in Nasarawa State but also in Nigeria.

“Someone whose agency has partnered with this administration way back for years in ensuring that we feel the tandem effect of skills acquisition in the nook and cranny of the state by giving our youths the opportunity to earn a living through entrepreneurial skills.

“We have signed a memorandum of understanding with NASENI and we’ve seen the value of it. This time around we have now been given another boost to collaborate with NASENI in what they are doing in different types of vocation,” the Governor said.

He further said his government planned to expand the scope of skills acquisition across the state, adding the drive informed the procurement of some equipment from Singapore three years ago with a view to impacting technology to the youth in various attractive vocations.

“I have said it times without number that the kind of clamour we are doing to get youths to do some certain jobs is good enough but we have to get such jobs to attract them. So we have now gone beyond ordinary farming, carpentry, hairdo and others, we have even gone to secondary skills like plumbing, electrical. At this time of diversification any kind of vocation you will be able to impact to the youths will not only reduce restiveness but will increase prosperity and reduce poverty,”he added.

Highlighting the motivation for McCEF, the Nasarawa State First Lady said the NGO was formed to provide innovative and competent support to needy communities, women and children including organisations aimed at stimulating local development initiatives especially among the disadvantaged as well as developing harmonious relations among people of different backgrounds and culture.

Addressing the graduates, she reminded them that the skilled garnered during the training is their tool for survival.

“It is your torchlight to the world. It is your pillar and your umbrella in the sun and under the rain. If you properly utilise your handiwork, you will not only care for your immediate family, you will also employ others thereby making you an employer of labour,” she added.