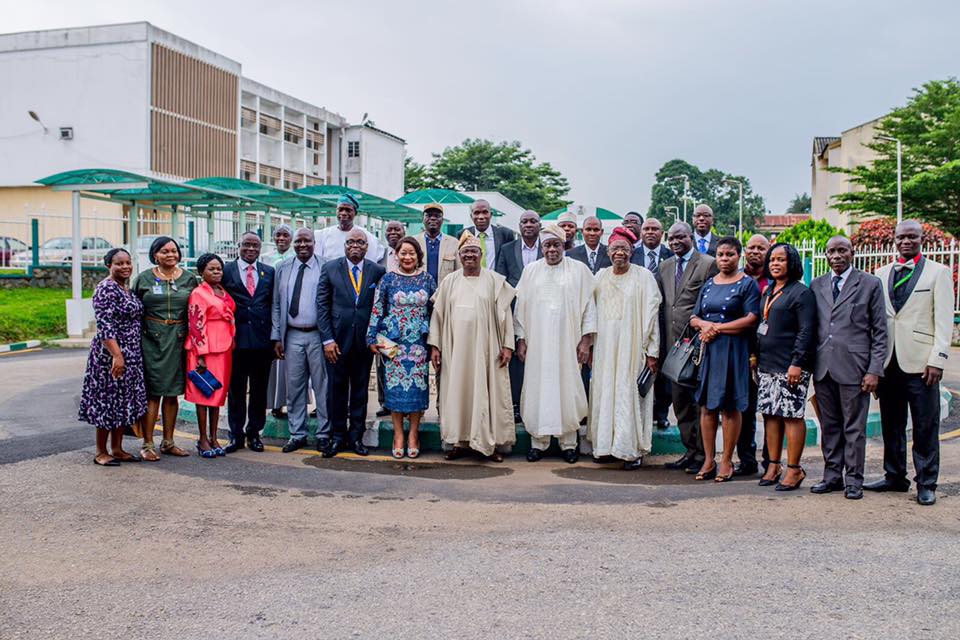 Oyo State Governor, Mr Abiola Ajimobi, has inaugurated the state’s Education Trust Fund, which is saddled with the responsibility of mobilizing resources to complement government efforts in its drive to address the decadence in the sector.

The board of the ETF is headed by a former Minister of Industry and current President, Lagos Chambers of Commerce and Industry, Mrs Onikepo Akande, who will function as chairperson.

In an address at the occasion, the Governor said that the board was put in place to pool funds from stakeholders with a view to assisting the government to complete its intervention projects aimed at restoring the fading education glory of the state.

Mr Ajimobi said that a bill for the establishment of the ETF was passed into law in June 2016 by the State House of Assembly, as part efforts to ensure that the transformation agenda of his administration was manifest in every sector.

The Governor said that the objective behind the ETF was to put in place a conducive learning environment, improved and adequate physical facilities, as well as quality and well-motivated teachers.

The Governor who described the chairperson of the ETF as a woman of many parts, expressed optimism that Akande and other members of the board of trustees will bring their wealth of experiences to bear in the task before them.

Mr Ajimobi said, “I am convinced that by the time the board swings into full action, all our yearnings and aspirations towards the transformation of education in the state would be achieved to an appreciable level.

“In nominating you, it is my belief that your organizations have found you worthy to contribute your quota to the development of education in Oyo State and I believe that you will justify the trust reposed in you.

“By the time resources are pooled, we can then confidently be talking of a conducive learning environment, improved and adequate physical facilities as well as quality teachers.

“May I therefore charge members of the board of trustees to be dedicated and committed to the realization of the objectives behind the setting up of the fund. It is also my belief that stakeholders will support and cooperate with them in the discharge of their responsibilities.”

The Governor used the occasion to appeal to the workforce at the Ladoke Akintola University of Technology, Ogbomoso ((LAUTECH), to show more understanding about the need for a forensic audit of the university as part of efforts to find a lasting solution to the crisis.

He called on the striking workers to give peace a chance and cooperate with the auditors in the interest of peace and to quicken the process of returning normalcy to the college.

On behalf of his Osun State counterpart, Mr Rauf Aregbesola, Mr Ajimobi expressed appreciation to the outgoing members of the university’s Governing Council of the institution for what he called their selfless contribution towards its development.

Mr Ajimobi said, “While the two owner states of Oyo and Osun are doing everything within their powers to quickly resolve the challenges associated with the institution, it is my hope that the striking teaching and non-teaching staff will give peace a chance and cooperate with us.

“They need to end the strike and get our students back into the classrooms at the earliest date. In the meantime, let me on behalf of my brother, Governor Rauf Aregbesola, thank the outgoing members of the university’s governing council for their selfless contribution and services to LAUTECH.”

In her remark, the chairperson of the ETF board of trustees appreciated the governor for finding her and other members worthy of the appointment, which she said was a call to serve the state at a high level.

She said the quality of human capital in any country was dependent largely on investment on education, noting that funding of the sector had remained a major issue over the years.

Mrs Akande said, “On behalf of the board of trustees of Oyo State Education Trust Fund, I will like to assure you of our total commitment to the realization of the objectives and vision of this great initiative.

“Clearly, funding has become a major issue for our educational sector at both the national and state levels. It has, therefore, become imperative to engage both private organizations and individuals in corporate social responsibilities (CSR) to play a role.” 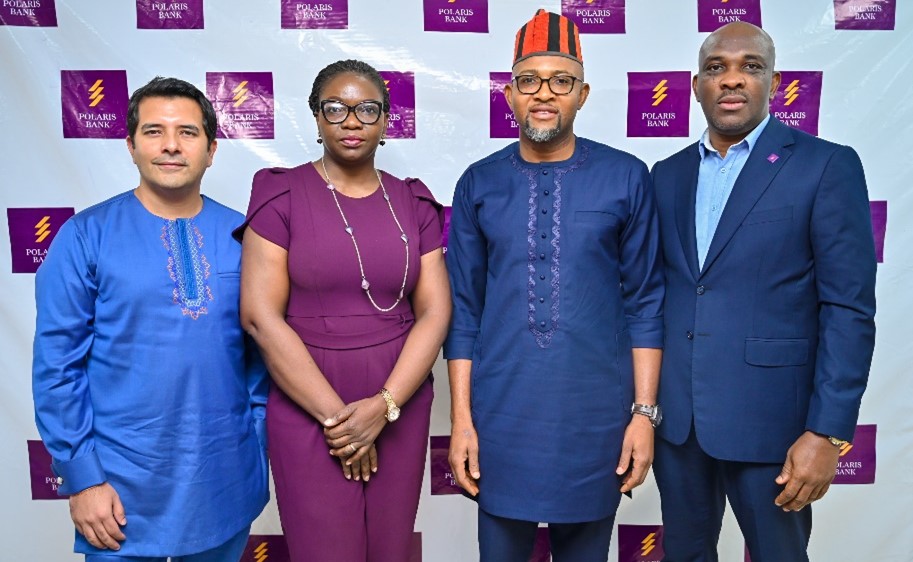 To tackle global climate change, a non-profit organisation that focuses on girl-child education, Evolve, has decided to provide quality education for 50,000 female students across Nigeria.

This would be achieved through the support of its lead partner, Polaris Bank, which plans to adopt several schools across the country to cater for the needs of the girl child.

The Evolve programme, which was launched in 2020 to address the global challenge of climate change through the education of underprivileged girls, is designed to impact over 50,000 direct beneficiaries and 200,000 indirect beneficiaries in the next five years.

Speaking on the impact of the project, the Managing Director of Pacegate Limited, Mr Umesh Amarnani, said, “The Evolve CSR program aims to ensure girl-child education and empowerment to help curb global warming and make an impact in the community.”

“At Pacegate, we are committed to building a more sustainable and responsible environment where every girlchild feels valued, empowered, and can contribute to the society at large.

“We strongly believe that through the schools’ supplies provided, value-based education being taught to school teachers, and support received from our sponsors, the girlchild will have access to a higher level of educational opportunities,” Mr Amarnani added.

Also commenting on the initiative, Polaris Bank’s Group Head of Customer Experience Management & Sustainability, Ms Bukola Oluyadi, said, “We recognise that education and youth empowerment are the most significant indicators of social progress. Our commitment to these has been the drive for the empowerment of the girl-child and, thus, the partnership with Evolve.

“Since 2021, we have partnered with Evolve and adopted several schools across Nigeria to cater for the needs of the girl child.”

Evolve has a clear mandate using S-connect approaches adapted from Heartfulness Institute Hyderabad. Through the S-connect, Evolve initiative reaches out to educational institutions, most secondary schools across the country, by providing their female students with basic school supplies in fulfilment of Evolve’s mission to tackle Climate Change by empowering the girl-child.

Since its inception, Evolve, in collaboration with all of its partners, has donated school supplies, including school uniforms, sandals, notebooks, pens, and bags, to over 10,000 female students in 32 schools across nine states in the country.

In 2022, Evolve also launched Inspire program to impact teachers specifically. Inspire is a value-based education enrichment program that assists educators in developing a heart-centred approach to teaching. The focus is to enable teachers to take a holistic approach towards student growth using 21st-century styles of learning such as the Heartfulness Way.

Evolve is the CSR arm of ADIPRO Chemicals, executed through Pacegate Limited and PEARL in Nigeria. The Girl Child Education Initiative was launched based on the Project Drawdown Report to address global warming by focusing on educating the girl child.

Asides from Polaris Bank, Evolve has received support from other partners to achieve its mission of empowering girls to reduce global warming eventually. These partners include OVH Energy Marketing, now NNPC Retail Ltd, Bic and Crownstar who have supported Evolve with school supplies, as well as Hill and Knowlton strategies, an international PR consultancy supporting the project with media and publicity.