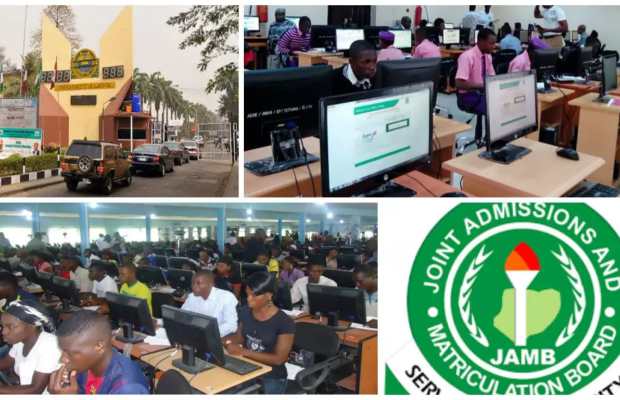 On Monday, the Joint Admissions and Matriculation Board (JAMB) said registration of candidates for the Unified Tertiary Matriculation Examination (UTME) will be for a period of one month, from March 20 to April 19, 2017, as against the previous three months period.

The examination body warned that it would not extend the period of registration of candidates for its 2017 all Computer Based Test (CBT) UTME.

Addressing journalists on Monday on the sideline of a stakeholders’ meeting attended by owners of CBT centres nationwide, organised by JAMB at the University of Lagos, JAMB Registrar, Prof Is-haq Oloyede, explained that the essence of reducing the period of registration from three months to one month was to eliminate all ills associated with prolonged registration of candidates.

According to him, “There will also be mock examination for prospective candidates, and this examination will be purely optional.

“Those who register for the mock examination will sit for it on April 8, but the UTME proper will commence on May 6 to May 20.

“We have put in place facilities that will make it easy for candidates to register.

“For instance, as soon as a candidate creates his profile on his mobile phone, automatically, we will send our e-syllabus and e-brochure into his e-mail.

“So, even before going to pay for the mock, he already has all the materials that he will need for the registration.

“We are also talking to CBT centre operators not to extort candidates just as we are also asking candidates not to pay now for the mock examination which is purely optional.”

Prof Oloyede pointed out that the mock examination had been made free by JAMB for interested candidates, adding that the gesture was part of the board’s corporate social responsibility.

However, he said candidates would have to pay N700 to owners of centres where they would be posted at the point of registration for the mock examination.

“We will not charge fees for the mock examination because we want to do it as our own way of giving back to the society.

“But the CBT centres will be allowed to charge a token of N700 for the mock and it is at that point that all prospective candidates for the mock examination are expected to pay.

“There will also be no cash transaction. Candidates can use their ATMs or if they must use cash, they can pay into the banks to avoid extortion of any kind.

“This is because there are people out there that want to take advantage of these candidates’ naivety.

“So it is important for candidates to keep passwords to their e–emails, ATM cards and even registration numbers to themselves and safe, to avoid being exposed to those who might want to take advantage of them,” the agency boss said.

The registrar added that over 600 public and private centres had been approved for the conduct of this year’s UTME nationwide. He said that so far, the board was satisfied with the level of readiness of the centres for the examination.

He added that the board would not accredit centres jointly owned by associations, adding that accreditation was based strictly on individual operator and those accredited as owner of CBT centre. The registrar said that the essence of the stakeholders’ meeting with owners of centres was to put finishing touches to the state of readiness ahead of the examination.

He said, “I started this morning by interacting with transporters, after which I met with the state coordinators and later with banks and now with CBT centre operators.

“The essence is to ensure that everybody involved in the preparation for registration of candidates for the examination will have adequate information and is carried along.

“We are equally distributing materials to centres all over the country; for instance, the e-syllabus and e-brochure will be distributed to every prospective candidate among other things,’’ he said.