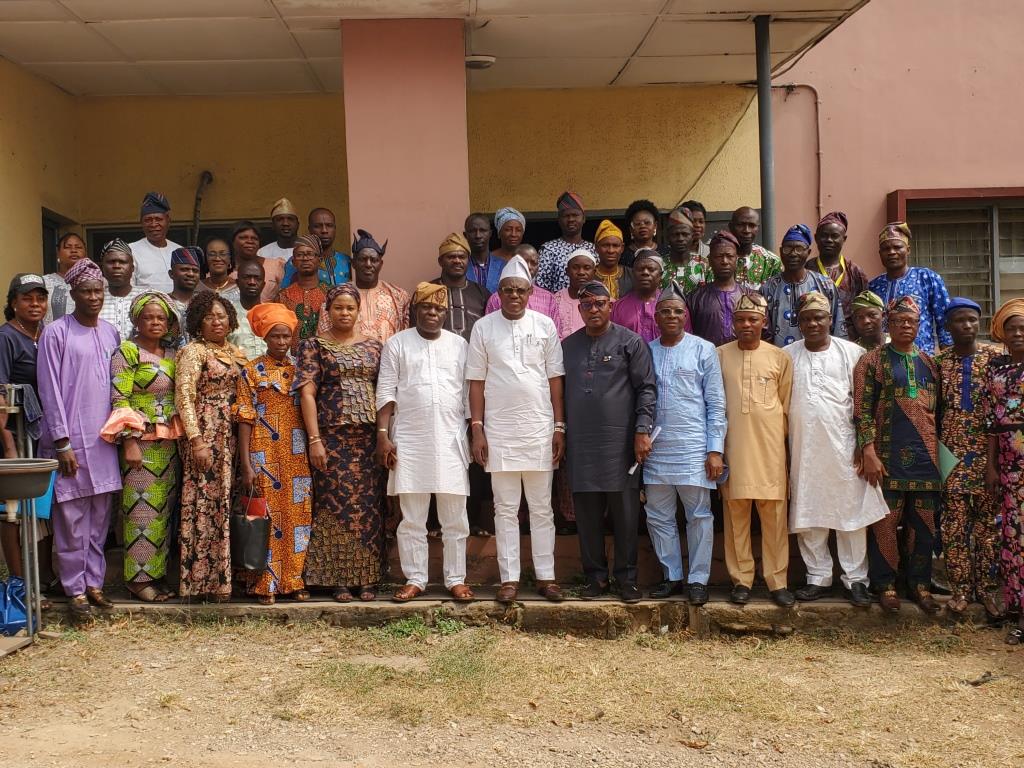 The new 33 education secretaries inaugurated across the 33 local government areas of Oyo State last Friday have been charged to ensure the effective monitoring of school activities in the state.

He also implored them to improve education quality in their localities and reduce the number of out-of-school children, warning them against the abuse of the privileges of the office and stressing that there would be sanctions for any form of abuse.

Mr Adeniran said the State Universal Basic Education Board had laid a very strong and solid foundation for the new education secretaries in the areas of infrastructural development and manpower upliftment of both teaching and non-teaching staff.

He added that the Board had raised the bar for the learning process for both formal and non-formal learners, the welfare and training of teachers and ensuring well-orchestrated primary school administration.

The Oyo SUBEB also charged the appointees to be “high-fliers” in subject content mastery, knowledge and skills that would guarantee prudence, accountability and transparency in their new appointments.

“You, as education secretaries, are now well positioned to build on the existing foundation and even add value where it is necessary,” he declared, admonishing them to work hard for the success of the education sector with their new appointments “so that at the end of it all, your names will be written in gold among those that have immensely contributed to the success of this administration.”

Mr Adeniran said he was convinced that their appointment by Governor Seyi Makinde was in recognition of their capacity, capability and contributions over the years to the development of education in the state.

“With you, a new era of primary school administration and leadership has, once again, been ushered in.

He urged them to buckle up for the few challenges they may face, saying they must deal with them accordingly in line with the dictum that “there are no insurmountable challenges.”

Mr Adeniran, however, called for strict compliance with the rules of engagement so that the whole system will be run as envisioned for the benefit of the State and pupils/learners who are supposed to be the future leaders.

“You are expected to exercise strict caution when making decisions and always seek clearance and advice from the Board on grey areas in order to avoid embarrassment and mistakes that could be costly while running your office.

“It is my fervent prayer that you succeed in all your undertakings and endeavours during your tenure as Education Secretaries within your various jurisdictions,” he said.

Speaking earlier, a member of the board, Mr Akeem Oladeji, opined that their appointment was a deliberate action and a clarion call for them to join the present enviable train of education administration, as exemplified in the state to be in tandem with the four cardinal agenda and focus of Mr Makinde.

The Chairman of the Nigeria Union of Teachers (NUT), Mr Raji Oladimeji, assured the board and the new secretaries of the union’s support and cooperation, congratulating them on their appointments.

One of the scribes, Mrs Morenike Adeniran from Ibadan South-West Local Government, while speaking on behalf of 32 others, thanked the governor for the opportunity to serve the state.

From Okeho Ahoro to Okeho Ile: A Review of the Okeho Exodus