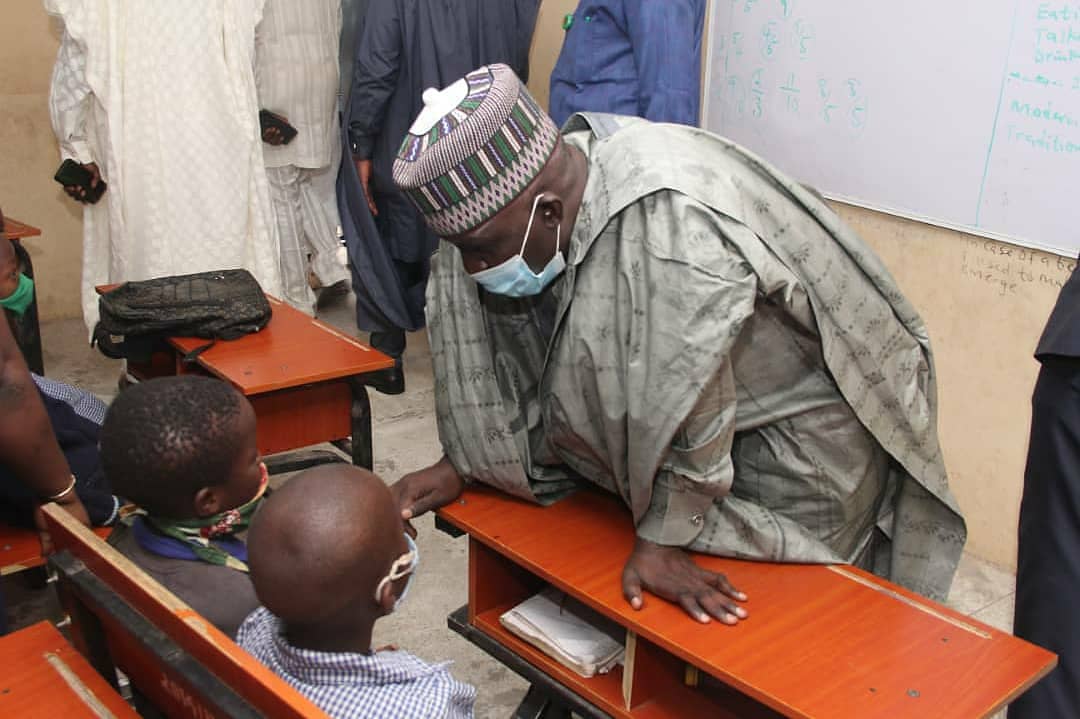 The decision of the Oyo State government to improve the quality of basic education in the state has excited members of the House of Representatives Committee on Basic Education and Services.

The state government under Governor Seyi Makinde has invested in improving the quality of education in the state, including building modern classrooms and providing textbooks for the pupils.

Recently, the House committee members were in Oyo State and they expressed satisfaction with the standard and quality of projects executed in the state.

The deputy chairman of the committee, Mr Usman Zanna, said that the state under Mr Makinde has lived up to its name of a Pace Setter by surpassing all expectations.

The lawmaker, who led a delegation of the team to the state on oversight visit to inspect and assess the level of utilisation of federal government matching grant released to the state to develop basic education infrastructure, said only Oyo State has paid part of counterpart funding in 2021, adding that this attests to the state government’s commitment to the improvement of education in Oyo state.

Receiving the delegation at the State Executive chamber, the Oyo State Deputy Governor, Mr Rauf Olaniyan, said the education drive of Oyo state government was responsible for the drastic reduction in the number of out of school children in the state, stressing that his administration takes education as a major priority.

The Deputy Governor stated that one of the cardinal points of this administration is education, adding that the state hopes to regain its pace-setting status by ranking first in WAEC examination before the administration runs out in 2023.

He said the state government was committed to infrastructural development and capacity building for schools in Oyo State and will do all possible including, payment of counterpart funds and cordial relationship with the Universal Basic Education Commission (UBEC) to improve the state of education in the state.

Speaking earlier, the Executive Chairman, Oyo State Universal Basic Education Board, Mr Nureni Adeniran, said the team has inspected the projects embarked upon by the state government in collaboration with UBEC and are satisfied with the level of work done.

The chairman revealed that the Oyo State government has paid the backlog of counterpart funding to UBEC and has paid all required funding including counterpart funds for 2020/2021 Intervention projects.

Mr Nureni enjoined the committee to facilitate the release of funds and all other necessary donations due to Oyo state from UBEC, including the yet-to-be assessed $3 million advance funds for Better Education Service Delivery, a World Bank-assisted loan. 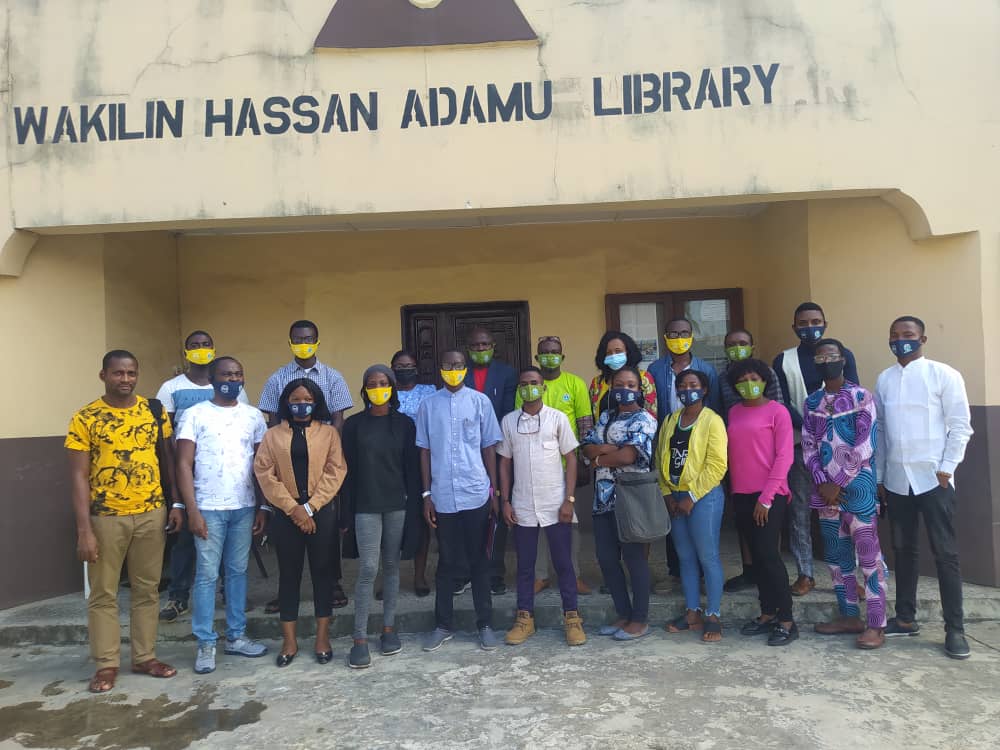 As part of efforts to boost Wikipedia knowledge among students in Nigeria, the Wikipedia Foundation recently trained students at the Nigerian Institute of Journalism (NIJ), Ogba, Lagos on how to use and improve the online resource platform.

Launched in 2017, the Wikimedia User Group Nigeria is seeking to capitalise on the growing Internet access in Nigeria and the country’s high school-age population to help boost the accessibility and knowledge contribution on the Wikipedia platform.

Taking the training to NIJ, the club engaged the students on the basics of Wikipedia writing, editing, and how to improve the open resource website.

Speaking on the event, the President of the club, Mr Olushola Olaniyan, said, “We have established Wikimedia Clubs among Nigerian institutions such as the University of Ibadan to create social groups of Nigerian students about free knowledge.

“Bringing it here to the Nigerian Institute of Journalism (NIJ), we want students to know about Wikipedia and able to write and edit pages.”

On his part, the programme facilitator at the institute, Mr Akinlolu Ojo, said it was a welcomed development that the club was established in the school where journalists were trained.

He explained that journalists were charged with disseminating information and checking for misinformation and Wikipedia as a platform built on the truth is essential that the programme is taught to future journalists.

“We breed future journalists here, and it would be a huge disservice if we don’t take our students through this training. Wikipedia has always proven to be a credible platform and by having people whose profession is built on credibility contributing to it, it is a win-win situation,” he said.

The Governor of the Wiki Club at NIJ, Mr Henry Godwin, described the initiative as “commendable,” stressing that, “Any effort geared at pushing the boundaries of ignorance further away ought to be applauded.”

Another participant at the programme, Mr Pelumi Bolawa Solomon, expressed his appreciation saying “Wikipedia Nigeria has not only accorded me the opportunity to write for the largest online encyclopedia, but has improved my research ability, and given me the opportunities to do more investigations in order to rightly inform the general audience”.

Adding his input, Mr Emmanuel Ashemiriogwa said it was a very interactive and educative two-day class that exposed him to the basics of wiki editing. He says it is value-adding. 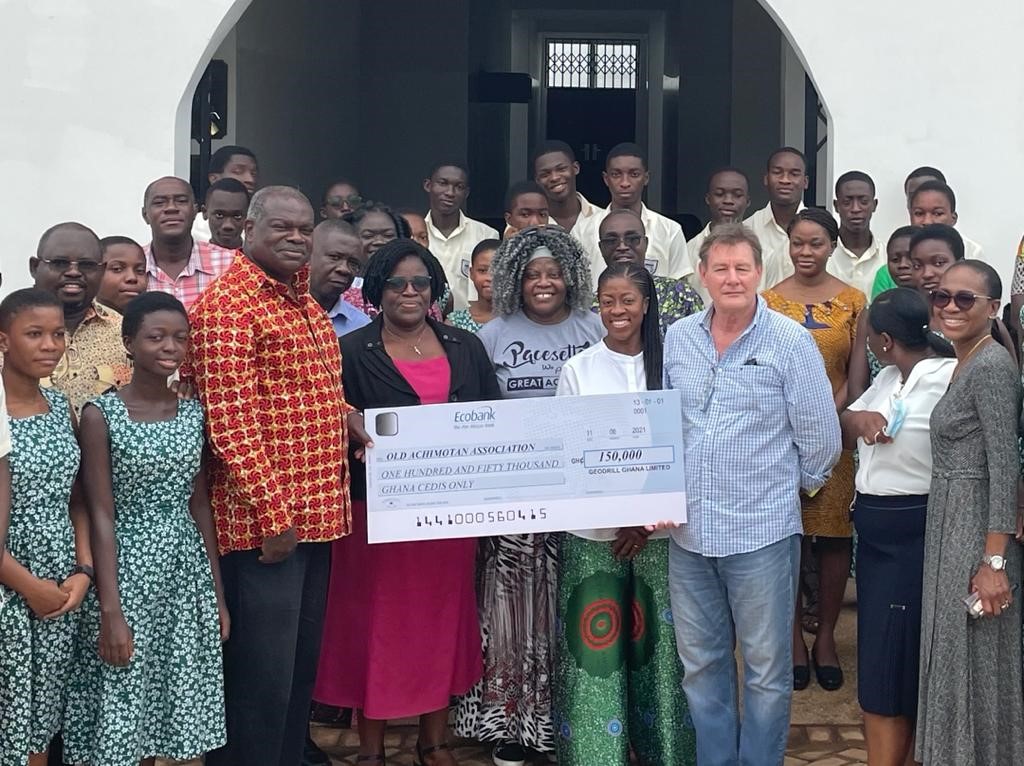 As part of its commitment to support access to quality education in Ghana, a foremost stakeholder in the mining industry, Geodrill, has made a donation for equipping a science laboratory complex at Achimota School.

The firm, through its CEO, Mr David Harper, presented a cheque of GHS150,000 to the Old Achimotan Association (OAA) at a ceremony held on June 14.

Mr Harper emphasised the importance of education to the students present and he expressed his hope that their education at Achimota School, and particularly in science, would set them on the path to successful adult careers and to contribute meaningfully to the development of Ghana.

He revealed a longstanding association with the school where he used to play cricket, encouraging other companies to take their ESG obligations seriously and support worthy institutions to fulfil their mission.

Receiving the cheque, the President of the OAA and former Vice-Chancellor of the University of Ghana, Professor Ernest Aryeetey, said the science lab was constructed with the support of corporate sponsors, who contributed about one-third of the total cost and the remainder from Achimota alumni.

The OAA and Achimota were still hopeful of receiving further contributions from other companies to sustainably fund the provision of science education and other programmes for the benefit of the students.

Geodrill, a leading drilling exploration company to the mining sector, is committed to being a socially responsible company that actively promotes social causes such as the education of Ghanaian youth. The support for the laboratory complex is yet another purposeful outcomes-based Geodrill ESG initiative. 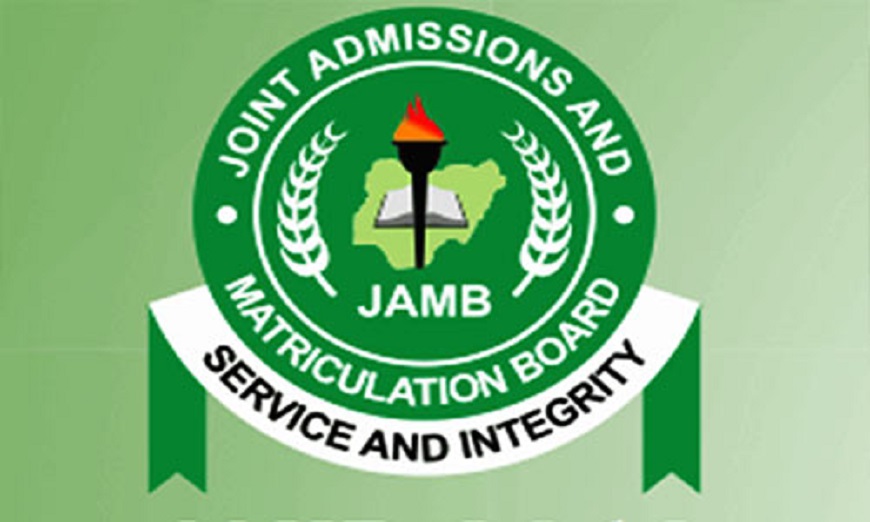 The Joint Admissions and Matriculation Board (JAMB) has generated N5,887,628,900.00 from the sale of forms for the 2021 Unified Tertiary Matriculation Examination (UTME) and Direct Entry (DE) examination to admission seekers into the nation’s tertiary institutions.

The cumulative figure was contained in the Financial Inflow column of the board’s weekly bulletin of April and May editions of 2021.

The registration for the exams started on April 10 nationwide and ended on May 29, this year with the exception of few candidates with special cases, who were given an extension of time to register.

The examinations commenced on Saturday, June 19 and will end on Monday, July 5 in over 777 computer-based test centres nationwide.

The figures from the board’s bulletin showed that it generated N2,045,497,450.00 in the first few weeks when the sales of registration instruments opened to UTME applicants on April 10.

A weekly breakdown of the figures from the May 3 edition of the bulletin showed that the board generated N663,250,000.00 from selling e-registration pins.

In the May 10 edition, the figures showed that the board generated N682,200,000.00 revenue from sales of registration instruments for the examination.

Following Professor Ishaq Oloyede’s appointment as Registrar/Chief Executive of the body in August 2016, as part of its transparency and accountability goals, the board has been making returns in billions into the federation account.

In 2019, the board generated N5 billion from the conduct of UTME but remitted N3 billion to the coffers of the federal government after the government asked the board to invest N2 billion to enhance its operations.

Its highest remittance so far was in 2018 when it remitted N7.8 billion revenue generated from the conduct of 2018 UTME to the coffers of the federal government.