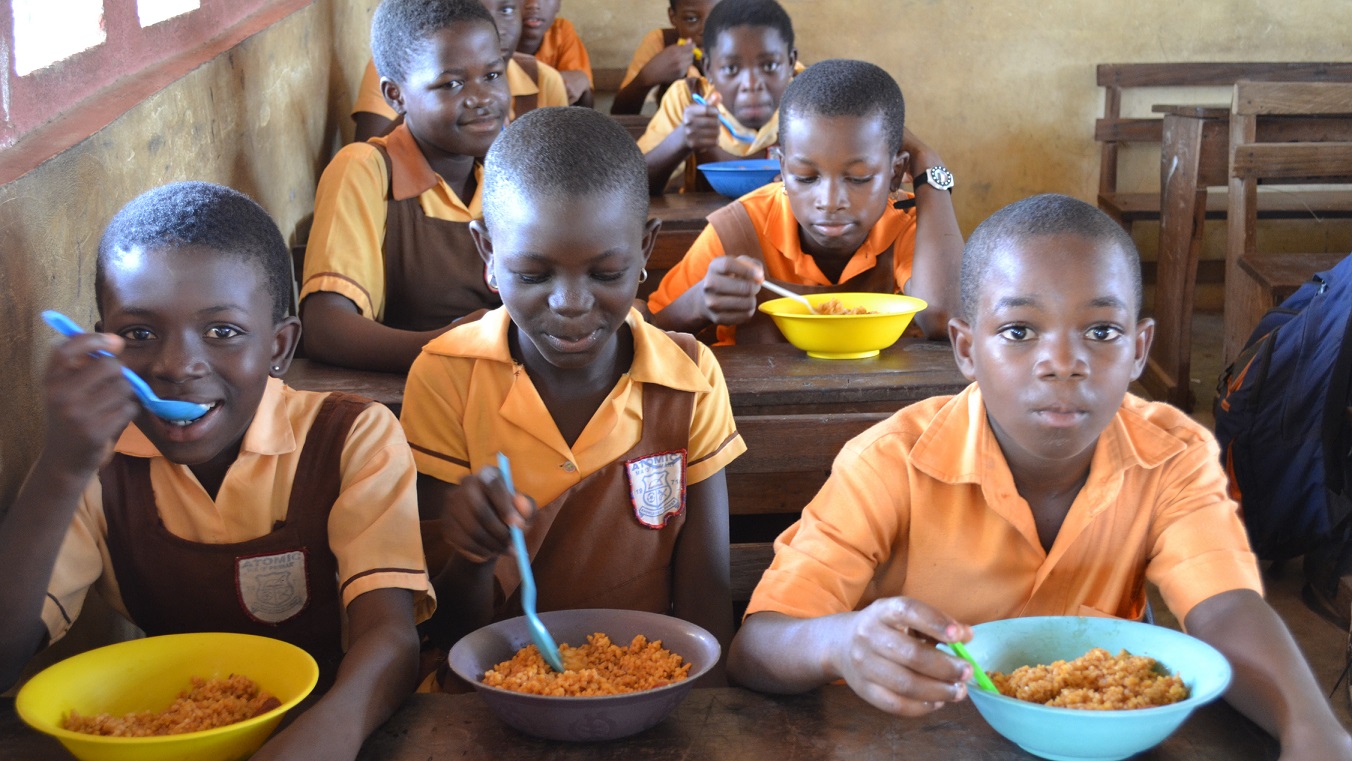 The National Social Investment Programme (N-SIP) is already having a positive impact in Oyo State as the scheme has benefited not less than 209,123 pupils drawn from 2,448 public primary schools.

The Permanent Secretary in the Ministry of Women Affairs and Social Inclusion, Mrs Christiana Abioye, while speaking at an event organised for 66 trained personnel from the state, noted that the initiative has ensured more equitable distribution of resources to vulnerable populations.

According to her, the programme has helped the vulnerable population to have improved and sustainable living conditions, with an increase in the economic growth of the state.

In view of this, the Oyo State government has praised the federal government for coming up with the scheme, noting that it was attracting more children to schools.

In a statement issued by the Ministry’s Media Officer, Temilola Akarah, it was disclosed that the training exercise was for independent monitors, who were selected across the 33 local government areas for timely reports of the scheme. They were also given engagement letters and tablets.

Mrs Abioye, who reiterated that the scheme was a right step in the right direction, noted that the federal government social investment programme was in line with the poverty alleviation programme of the state Governor, Mr Seyi Makinde.

“This administrative believes in quality education, good health and adequate security as well as the thriving economy which are in tandem with the aims and objectives of the federal government, NSIP,” she said.

The Perm Sec, however, appealed to the federal government to expand the social investment programme in view of the increasing population in the state.

The Minister, Ministry of Humanitarian Affairs, Disaster Management, and Social Development, Hajiya Sadiya Farouq, said the 66 youths had earlier been trained on the assignment.

Represented by the Assistant Director, Planning, Research and Statistics, in the Ministry, Mrs Jumai Abdu-Ali, the Minister added that a re-training on the application of the social investment management information system (SIMIS) became imperative for effective service delivery.

“The application allows the Ministry to have visibility up to the local government level which will guide us at the federal level to ensure that the programme is working in line with their objectives which will essentially help us to deliver on our mandate and contribute to Mr President’s vision of lifting 100 million Nigerians out of poverty,” she said.

Hajia Farouk said the sum of N30,000 would be paid as a stipend to the participants while the contract would last for one year.

The Minister who said 4,452 applicants were shortlisted out of 5,000 applicants Nationwide, stressed the need for the participants to handle the task given them diligently.

In their separate goodwill messages, the Executive Assistant to the Governor on Disability Matters, Barrister Ayodele Adekanmbi and the State Director, National Orientation Agency, Oyo State, Mrs Folake Ayoola commended the efforts of the Federal government and urged the independent monitors to carry out the assignment with the heart of sincerity and use the gadgets for the purpose meant for.

Also, two of the participants, Mr Olayinka Babarinde and Mrs Jumoke Ismail lauded the programme and appealed to the federal government to sustain the scheme, so as to enable them to plan their future through the stipends that would be given to them.

The independent monitoring officials are to undertake periodic reports on the performance of all federal government programmes in their respective local governments in Oyo State. 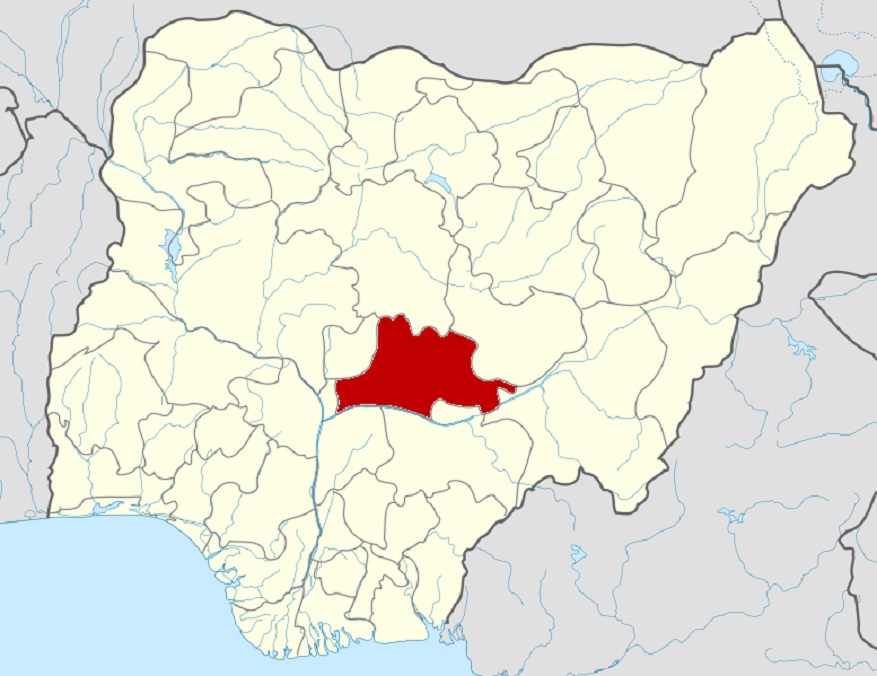 The federal government has approved the establishment of the Agricultural Machinery and Equipment Development Institute in Nasarawa State to boost industrialisation in the Northern state.

This disclosure was made by Governor Abdullahi Sule in Lafia on Saturday at the opening ceremony of the Lafia City Mall, a subsidiary of Wave Mart Group of Companies.

Mr Sule said the agric institute would be located in Lafia as a step forward in terms of industrialising the state, adding that it also indicated the readiness of the state to maximize the diverse opportunities in the agriculture sector especially agriculture mechanization.

“We are ready here in Lafia. Lafia is attracting a lot in the area of agriculture industrialization. I am very happy.

“In fact, I woke up this morning extremely happy because last night, I receive the approval from Mr President for the setting up of the Agricultural Machinery and Equipment Development Institute right here in Lafia.

“I want to use this opportunity to extend my greatest appreciation to President Muhammadu Buhari. Just a few weeks ago, we realized that there are going to be about three or four institutes that are about to be established.

“I now wrote for the establishment of the institute in the state and just yesterday, Mr President approved it and we are going to establish that institute right here in Lafia,” he said.

Mr Sule added that aside from the institute, the state government had also recently signed an agreement with the Gurku-Kabusu community in the Karu local government area of the state for the commencement of an industrial zone on 13,000 hectares of land in the area.

He explained that the choice of the area was due to its close proximity to the Federal Capital Territory (FCT) Abuja, which thereby offers a huge market potential to the investor in the zone.

He said that it also made the business initiative beneficial to the state, the industrialists and the host community.

“Today, we concluded by signing with the people. Gurku-Kabusu is just five kilometres from Maitama. With that type of opportunity that we have, that will be mutually beneficial to the state, the community and the industrialists, we are ready now for industrialization in that area,” he said.

The governor also revealed that in line with his policy to engage youths in skills acquisition, an institute for skill acquisition has been completed with equipment being procured for the various skill offices in the centre.

He then thanked Wave Mart Group of Companies for setting up the mall, adding that other investors who indicate interest to invest in the state would have no regrets.

“Any investor that is interested, that is coming to Nasarawa state, there is no better time to come than now,” he said.

In his address, Mr Emmanuel Umoru, Chairman of Wave Mart Group of Companies, said the Lafia City Mall was not the first but the third investment of the group in the state.

Mr Umoru then disclosed that the Lafia City Mall which so far has gulped about N678 million would employ more than a hundred staff with most of the staff been indigenes of the state.

“The reason for establishing this kind of facility is not just for making money but to give employment to our teeming youths.

“This is a state we have invested in for almost about seven years now and to the glory of God, we have no reason to regret. On this note, I make bold to say that we shall come again. We appreciate your drive for investment in the state,” he said.

On his part, the Emir of Lafia, Sidi Bage appreciated the private sector drive of the governor and also lauded the Wave Mart Group of Companies for choosing Lafia to locate their investment. 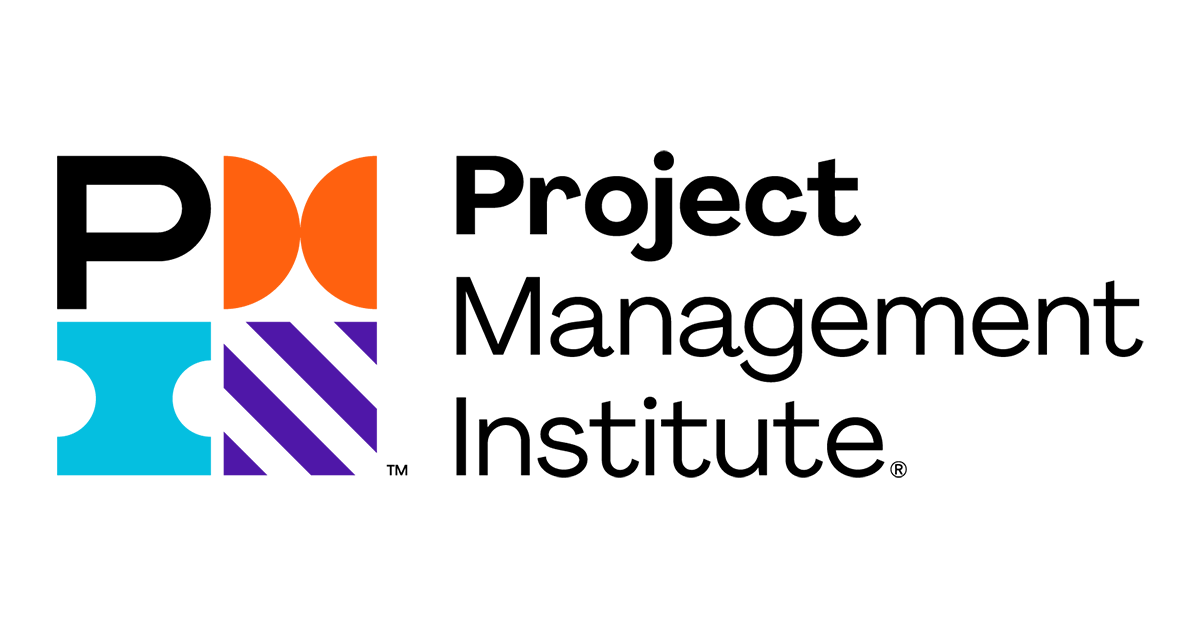 Individuals willing to have knowledge of best practices and tools needed to effectively manage projects from ideation to execution can now register for a free online course introduced by Project Management Institute (PMI).

PMI is the world’s leading association for project professionals and changemakers and through its KICKOFF programme, it hopes to equip participants with the best global practices in the field.

Much of the working world revolves around projects, which have become more complex than ever due to global Megatrends, including COVID-19, climate change, and more.

The need for changemakers, regardless of industry or position level, to be well-versed in the principles of project management in order to help drive results, has never been greater.

KICKOFF is the ideal solution for those who are new to doing project-based work and would benefit from learning project managements skills to help successfully navigate the process from idea to launch and execution.

The course is packed with digestible content, downloadable templates, a glossary of key terms, and thoughtful questions to ask to help anyone kick off any project at any time.

According to PMI’s Pulse of the Profession® report, an estimated 11.4 per cent of all investment into projects currently goes to waste due to poor project performance and an inability to nimbly adapt and execute in our rapidly changing world.

Introducing changemakers to project management strategies and tools enables single learners and entire teams to have the framework in place to adapt quickly and efficiently to help reduce wasted time and investment.

KICKOFF is the free, go-to resource for those looking to quickly learn the basics of effective and strategic project management to complete projects on time and within budget.

“KICKOFF is an easily deployable resource to ensure all employees and team members have the foundational skills to seamlessly collaborate and work smarter,” said George Asamani, the Business Development Lead for Africa at PMI.

“KICKOFF arms everyone from first-time project team members to C-Suite executives with the knowledge to kick start a project at any time to help drive results and deliver value,” he added.

No two projects are the same, so KICKOFF uses a guided questionnaire to tailor the learning experience based on the best project management approach for the needs of the project.

Learners are presented with a series of short modules that can be completed in sequence or in any order. The modules include bite-sized content focused on the fundamentals, and templates to be downloaded or distributed for immediate use.

Accessible to anyone from their laptop, phone, or tablet, KICKOFF can be completed in just 45 minutes, and is available in five languages: English, Chinese, Portuguese, Spanish, and French.

Following completion of the KICKOFF course, learners will receive a badge to share on their professional social media profiles to show their peers and company that they have the foundational skills to successfully lead any project. 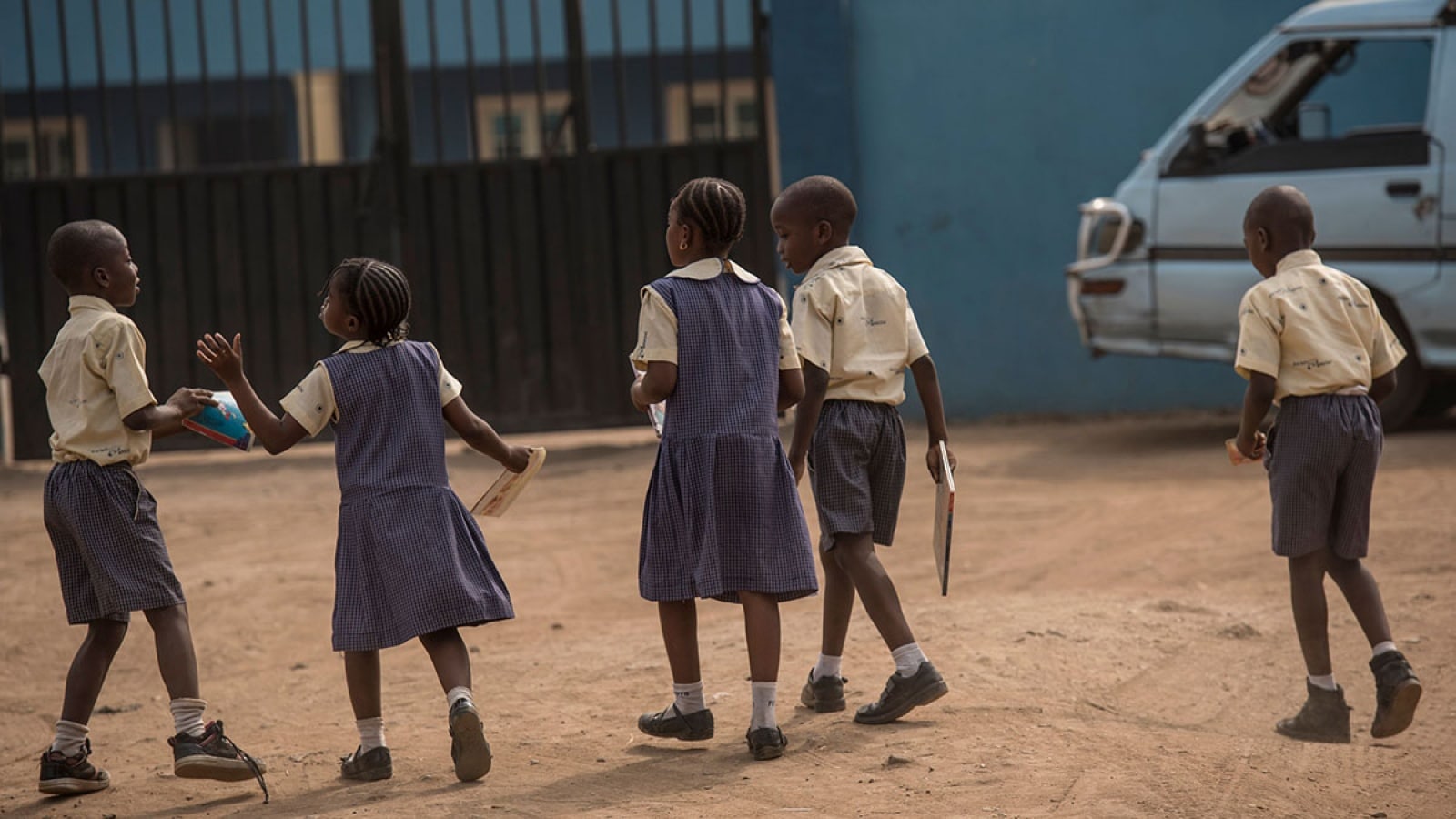 The approved academic calendar for the 2021/2022 session for public and private primary and secondary schools in Lagos State has been released.

The schedule for learning was released on Monday by the Office of Education Quality Assurance (OEQA) and it is in line with its mandate to ensure a harmonised academic school calendar for both public and private schools in the state.

The purpose of the academic calendar is to ensure that students spend productive learning hours in the classrooms and to also serve as a pre-emptive measure in planning for unforeseen events.

According to the Director-General of OEQA, Mrs Abiola Seriki-Ayeni, the approved 2021/2022 harmonised school calendar would ensure that schools are held accountable on the same standards.

She explained that the harmonised calendar was the outcome of a stakeholders meeting comprising school administrators, members of various private schools’ associations, proprietors and representatives of the State Ministry of Education.

Mrs Seriki-Ayeni noted that since the pandemic and other emergencies have facilitated the need to create proactive policies and flexibility in schools, the academic calendar has reflected the introduction of Staff Professional Development for all schools, prioritising a five-day capacity development for teachers before the first week of resumption.

“As schools will be resuming for the First Term (2021/2022 academic session) on Monday, September 13, 2021, the Lagos State Government, through the OEQA, has reassured stakeholders of prioritising harmonised instructional days of learning for all schools in Lagos State,” Mrs Seriki-Ayeni stated.