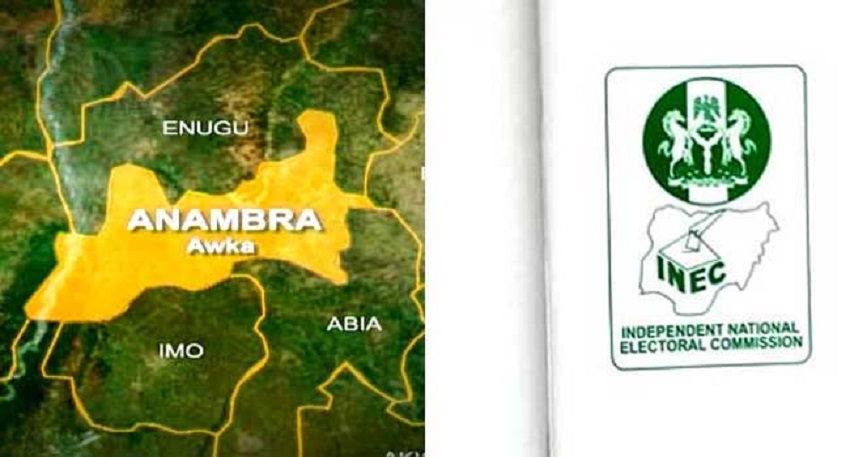 The Independent National Electoral Commission (INEC), the nation’s electoral umpire, recently, in furtherance of its powers conferred on it by the Constitution, the Electoral Act and all other powers enabling it in that regard, fixed November 6, 2021, as the date for the conduct of the Anambra governorship poll.

Unlike other communication from public offices which are ‘self-undermining and often always reputed for encouraging complacency, there are some interesting instincts and reactions in Anambra State about the latest release by INEC.

Out of many, two are considered significant to the present discourse.

First, as a complex state with complex political problems, the INEC update has again resonated how issues such as; godfatherism, power rotation, the agitation for the breakaway state of Biafra and intra-party disagreements will determine the governorship election in the state.

Interestingly also, a superficial look at the list reveals that they appear qualified for the number one job by virtue of constitutional provisions enshrined in the nation’s 1999 constitution(as amended).

But there is an inherent challenge.

When the list is further subjected to scrutiny or faced with embarrassing facts, it, in absolute terms, becomes obvious that while some are truly contenders who are ready to deploy what they have learned abroad to make informed public policies and reforms in the state if given the opportunity, others come into view more as pretenders that are neither capped, nor laced with the authentic leadership prowess needed to govern a state like Anambra.

These contenders looking at their track records and pedigrees are not leadership-focused but out to promote political discord in the state in ways that will undermine its development or better still keep the state on its knees.

This particular group (pretenders) belongs to the class that in the past viewed public offices as an opportunity for private gain as against an avenue for the public good. The time-honoured principle of the greater good for greater numbers does not exist in their leadership lexicon.

Before providing answers to how Ndi-Anambra can make the 2021 governorship election rewarding, there is a need to again, give a background to why the state has become a political flashpoint and currently needs a shift in political/leadership philosophy, vision and paradigm.

For the past two decades, when democracy re-emerged on the political surface called Nigeria, a fierce war has been raging between political and social forces in the state over the control of the state’s treasury and other political apparatus.

As a direct consequence, a long dark shadow was cast on the state and the people starved of developmental strides. Save for the leadership sagacity in the strategic economic reforms of Mr Peter Obi, remarkable former Anambra State governor, the state had no good record of survival.

While the piece has laid the groundwork that set the stage for the atrocities in the state, there is also how the defective provisions in Nigeria’s 1999 Constitution contribute to the state’s political malfeasances.

Beginning with the local government mal-administration, the 1999 Constitution currently being operated empowers state governors to appoint chairpersons of State Independent Electoral Commissions (SIEC), the electoral umpires mandated to conduct local government elections in the 36 states of the federation.

As the situation stands, says a report, there is some ambiguity as to whether the state governors can dissolve local councils before elections are conducted at the expiration of their tenure, but often, state governors capitalise on this ambiguity to dissolve local councils at the end of their tenure and appoint caretaker committees. Often, these committees are staffed with cronies and party sympathizers’.

Anambra State is a vivid example of a state where caretaker committees took charge of local council affairs for about 10 years under four successive governors; Chris Ngige, Peter Obi, Andy Uba and Virginia Etiaba and again Peter Obi, who towards the end of his administration, organised election on January 11, 2014.

Those elected have vacated their positions since 2016. As of the time of filing this report, no local council elections have been held in the state since the dissolution under Governor Willy Obiano’s led administration.

As an incentive to end this vicious circle of political/leadership poverty and other ingrained socioeconomic situations in the state, given their globally recognizable enterprising and entrepreneurial bents with a strong bias to trade and commerce, this is what this piece proposes, there is an urgent need for Ndi-Anambra to challenge the human spirit and through the process, demand the best.

Like faith which is said to be a belief in things not seen, it will, in the opinion of this piece, be most rewarding if the state supports the likes of Professor Charles Chukwuma Soludo, former governor and chairman of the board of directors of the Central Bank of Nigeria (CBN).

Soludo was named CBN governor on May 29, 2004, and also a member of the British Department for International Development’s International Advisory Group.

Aside from the awareness that as a dynamic leader, Soludo tends to be exceptionally good in painting a clear vision that inspires and motivates the populace, the reason for this decision is predicated on new global awareness that presently views leadership not from a unitary perspective but as a development-focused.

Looking at commentary, Soludo, a self-contained and quietly influential governorship aspirant on the platform of APGA in the forthcoming Anambra State governorship election, can at the most fundamental levels, bring a radical improvement and achieve sustainable development in a way that both protects the rights and opportunities of coming generations without presenting himself as all-knowing, more generous, more nationalistic, selfless, more honest or kind, more intelligent, good looking or well-briefed than other stakeholders.

This indication emerged recently during an interactive session with journalists in Awka, the Anambra headquarters. Where Soludo among other things noted that what drives his ambition is to build a prosperous homeland, which will create a disincentive for its citizens going elsewhere to look for opportunities.

Though Soludo was silent on what presently makes Anambra not liveable or how he plans to change the narrative, that notwithstanding, the truth is that there is something fundamentally wrong with the state.

With the exception of Mr Peter Obi, successive administrations in the state have defined leadership too narrowly. Therefore, to change the system and bring far-reaching reforms, it will need the intervention of a development minded individual like Soludo.

He sees leadership as the ability to build an economy and a society with an all-encompassing improvement, ‘a process that builds on itself and involves both individuals and social change. And requires growth and structural change, with some measures of distributive equity, modernization in social and cultural attitudes, a degree of political transformation and stability, an improvement in health and education so that population growth stabilizes, and an increase in urban living and employment.’

Yes! Ndi Anambra needs to take Soludo because they have the obligation to guarantee the future of their children and state. And more importantly, because their individual salvation to a large extent depends on their collective salvation.

Jerome-Mario Utomi is the Programme Coordinator (Media and Policy), Social and Economic Justice Advocacy (SEJA), Lagos. He could be reached via jeromeutomi@yahoo.com/08032725374.

Related Topics:Anambra Governorship Poll
Up Next