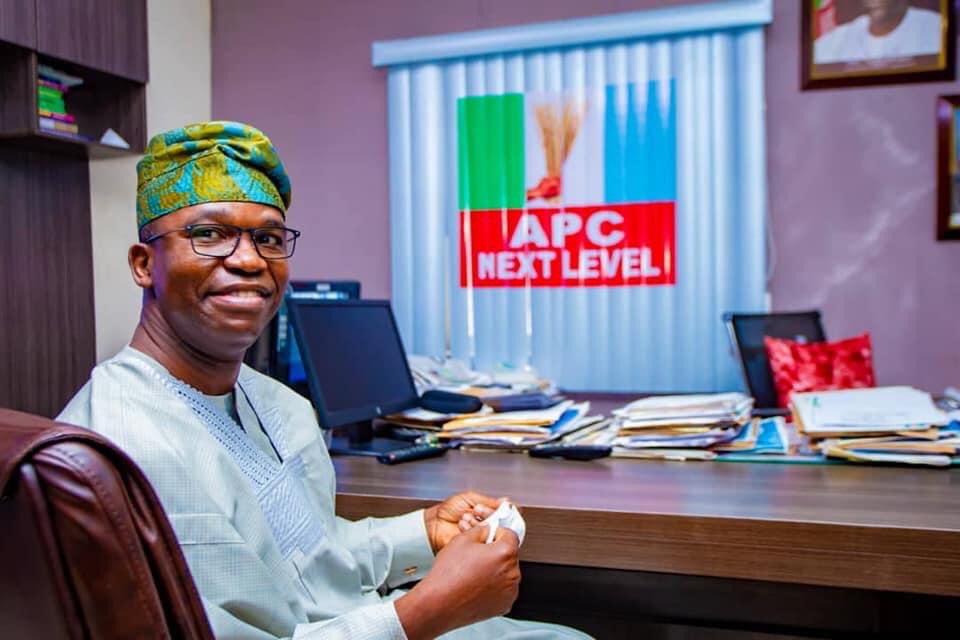 The candidate of the All Progressives Congress (APC), Mr Tokunbo Abiru, has emerged winner in the Lagos East Senatorial bye-election which held on Saturday.

The Independent National Electoral Commission (INEC) announced that Mr Abiru polled a total of 89,204 votes to defeat his closest opponent, Mr Babatunde Gbadamosi of the Peoples Democratic Party (PDP) who managed to garner 11,257 votes, leaving a margin of 77,947 votes.

The exercise was marred by low voters’ apathy. This is because the Lagos East Senatorial District had 1,261,673 registered voters but for the Saturday’s election, the total accredited voters were 104,894, while the total number of votes cast was 104,405. The electoral body said the total valid votes stood at 102,336, while the rejected votes were 2,069.

This indicated that only about 8.3 per cent of all accredited voters in the five local governments came out to exercise their franchise.

The INEC Returning Officer for the by-election, Mr Ademola Oremosu of the University of Lagos, declared the result at the Somolu collation centre on Sunday.

He said that Mr Abiru defeated his opponent by a wide margin in all the five local government areas of Epe, Ibeju-Lekki, Kosofe, Shomolu and Ikorodu in Lagos East senatorial district.

The senatorial seat became vacant following the death of the former occupant, Mr Bayo Osinowo, earlier this year from the coronavirus.

Below are the results of the APC and PDP candidates in the senatorial election across the five LGAs:

Meanwhile, the bye-election conducted in Bakura constituency, Zamfara State was declared inconclusive by the electoral body.

The Returning Officer, Mr Ibrahim Magawata, said that the election results of five polling units in Bakura ward have been cancelled.

The affected units according to Mr Magawata had a total number of 11,429 votes.

New date for the conclusion of the election in the affected polling units would be announced later.

Meanwhile, two ad-hoc staff of the commission have been declared missing and their whereabouts still unknown at the time of filing in this report.