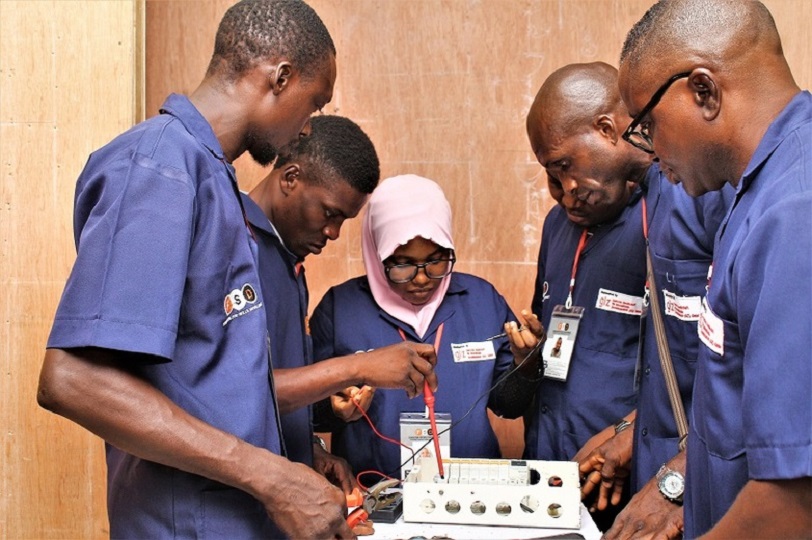 Three top risks have been identified in Nigeria by Allianz Global Corporate & Specialty (AGCS) in its 12th annual survey of key business risks around the world, according to 2,700+ respondents.

In the report made available to Business Post, it was stated that corruption, shortage of skills due to the migration of young Nigerians abroad, and energy are the country’s top risks.

These risks, identified through the Allianz Risk Barometer, were grouped under macroeconomic developments, political, and cyber risks.

Respondents were questioned during October and November 2022, with a focus on large- and small- to mid-size companies.

They were asked to select the industry about which they were particularly knowledgeable and to name up to three risks they believed to be most important.

Nigeria has for many years battled with corruption in government, with the efforts yielding little or no result.

In 2015, President Muhammadu Buhari, after he defeated former President Goodluck Jonathan, he promised to fight corruption and clean the government.

However, almost eight after, his administration has been accused of unprecedented corruption and others, including crude oil theft and fuel subsidy.

The high level of corruption and insecurity in the country has forced some young Nigerians to travel to countries like Canada, the United Kingdom, the United States and others.

It was recently reported that many bank and health workers were resigning to japa (flee) from the country for a better life outside.

In the report by Allianz, it was disclosed that “in Nigeria, the top three risks are Macroeconomic developments (#1 from #3), Political risks and violence maintains second position, and Cyber incidents slide down two places to #3.”

As for the others, the report said cyber incidents and business interruption rank as the biggest company concerns for the second year in succession (both with 34% of all responses).

However, it is macroeconomic developments such as inflation, financial market volatility and a looming recession (up from #10 to #3 year-on-year), as well as the impact of the energy crisis (a new entry at #4) which are the top risers in this year’s list of global business risks, as the economic and political consequences of the world in the aftermath of Covid-19 and the Ukraine war take hold.

Such pressing concerns call for immediate action from companies, explaining why both natural catastrophes (from #3 to #6) and Climate change (#6 to #7) drop in the annual rankings, as does pandemic outbreak (from #4 to #13) as vaccines have brought an end to lockdowns and restrictions.

Political risks and violence are another new entry in the top 10 global risks at #10, while the Shortage of skilled workforce rises to #8. Changes in legislation and regulation remain a key risk at #5, while Fire/explosion drops two positions to #9. View the full global and country risk rankings and watch a short video here.

“For the second year in a row, the Allianz Risk Barometer shows that companies are most concerned about mounting cyber risks and business interruption. At the same time, they see inflation, an impending recession and the energy crisis as immediate threats to their business.

“Companies – in Europe and in the US in particular – worry about the current ‘permacrisis’ resulting from the consequences of the pandemic and the economic and political impact of the ongoing war in Ukraine. It’s a stress test for every company’s resilience,” the chief executive of AGCS, Mr Joachim Mueller, commented on the findings.