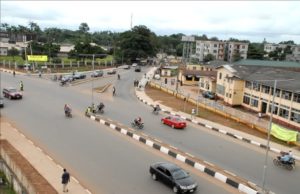 Residents of Sapele in Delta State have been bluntly told by the Benin Electricity Distribution Company (BEDC) to throw away the belief that they can get at least 18-hour power supply in the ancient town.

This statement followed series of protests carried out by inhabitants of the area, demanding for 18-hour power supply daily from the electricity company.

BEDC, in a statement issued on Tuesday, pointed out that the current 3000-3500MW being generated in the country from which the BEDC’s allocation is just nine percent is not even enough to service a state let alone four states under its control.

In the statement signed by its Executive Director in charge of Commercial, Mr Abu Ejoor, the firm said it would however improve the power supply in the area to eight hours daily.

BEDC, which released the statement after a meeting with Sapele residents, supervised by Speaker of the Delta State Assembly, Mr Monday Igbuya, urged residents of the town to pay part of their backlog of unpaid bills as well as their current monthly charges in subsequent billings.