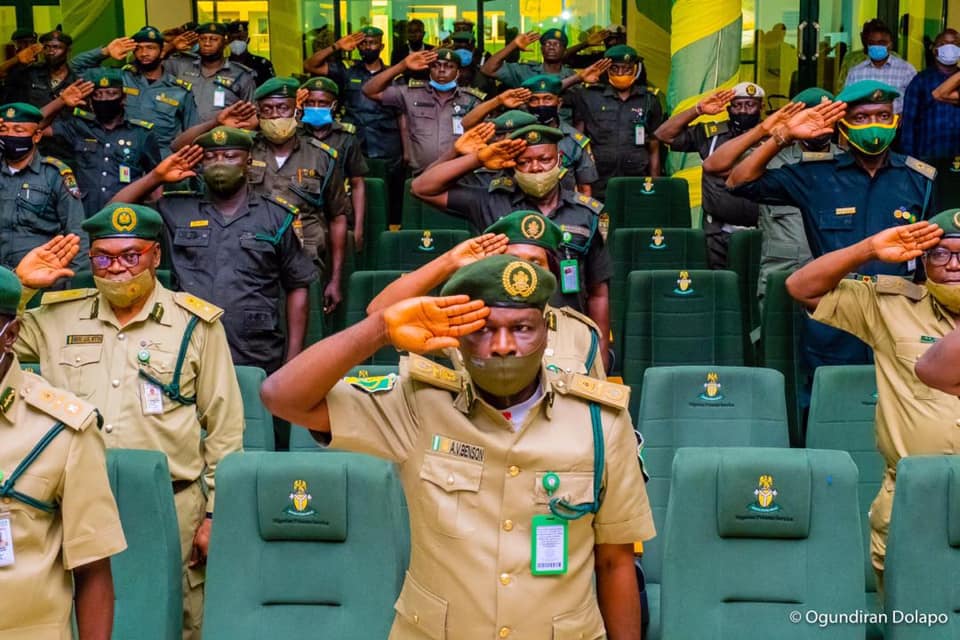 Worried by the incessant attacks at some prisons in the country, the federal government has declared the prisons as red zones to invaders.

This declaration was made by the Minister of Interior, Mr Rauf Aregbesola, during a meeting with Squadron Commanders of the Nigerian Correctional Service (NCoS), on Friday in Abuja.

In a statement issued by Towoju Raphael on behalf of the Director Press in the Ministry of Interior, it was stated that the commanders were given the marching order to protect the facilities.

“We cannot afford to fail our people, our nation and the President. I declare henceforth, all our custodial centres as red zones,” the Minister was quoted as saying at the gathering.

According to him, the guards have the authority to use maximum force to protect the prisons to curb jailbreaks.

“Never again must a successful attack be carried out in any of our custodial centres,” Mr Aregbesola further declared.

He reminded the commanders that, “Your job is like that of a goalkeeper. The saves he made are hardly reckoned with, but the shots that sailed past him into the net are the issues counted against him.

“I am aware of the yeoman’s job you are doing in foiling attacks on our institutions, even as the outcry grows on the recent cases of jailbreaks, but yet, we cannot lose our guards.”

“The weapons you carry and the instrument you have are to be lawfully deployed for maximum effect, in protecting the facilities.

“Anyone or group of persons that decide(s) to attack them should not live to regret it. You must not fail because failure means you have contributed to the insecurity in the land by allowing criminals to invade society,” the Minister further stated.

“The custodial facilities are a symbol of authority of the Nigerian State. They are sacred and inviolable institutions,” he added.

He, however, commended the Squadron Commanders for their “professionalism, diligence and sacrifice” in the performance of their duty, adding that this had upheld the integrity of the custodial centres.

Earlier in his remarks, the Acting Controller-General of NCoS, Mr John Mrabure, said the need to get the officers recharged, renewed, reinvigorated and reequipped with a new sense of purpose for the protection of custodial centres necessitated the meeting with the Minister of Interior.

He expressed optimism that the meeting would chart a new course in ensuring that there will be no reoccurrence of the recent attacks in the custodial facilities in some states.