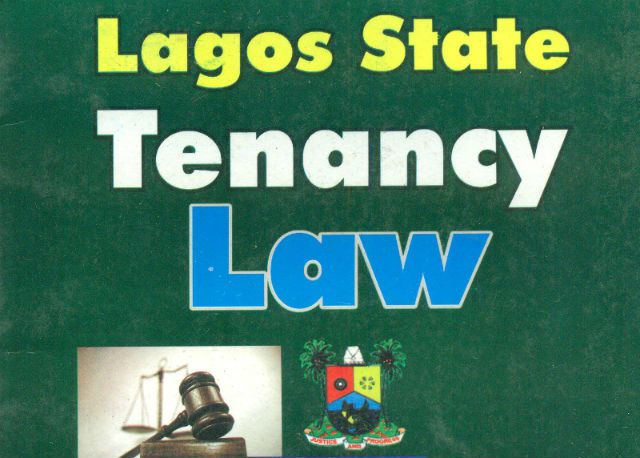 Lagos State Law Reform Commission has disclosed that it has identified the need to review certain provisions of the existing Lagos State Tenancy Law of 2011 with a view to further ensuring fairness and reposition the law to reflect present societal values and realities.

Attorney-General and Commissioner for Justice in Lagos State, Mr Adeniji Kazeem, made this known at the stakeholders’ meeting on Tenancy Law of Lagos State organised by the Law Reform Commission.

Mr Kazeem noted that the modernization of Lagos into a smart city made it imperative for its legislations to reflect modern day realities, especially in the provision of shelter.

The Commissioner added that the proposed review of the law was also part of the ease of doing business drive of the state government aimed at drastically reducing all bottlenecks capable of hampering commerce and other practices that negate global practices applicable in developed countries of the world.

Mr Kazeem said that feelers from members of the public reveals that the citizens were not pleased with the present state of the law, hence the need to consider the introduction of rules of procedure to help fast-track proceedings for recovery of possession and propose time limits for the disposal of tenancy matters, among other grey areas contained in the law.

The Attorney-General stated that “like every other piece of legislation, this law requires periodic review in line with the government’s housing policies as a way of dealing with insufficient housing problem due to the fast growing population of the state.”

He reiterated that the existing Lagos Tenancy Law was a compilation of the reviewed Recovery of Premises Law Cap 118 Laws of Lagos State 2003 and the Rent Control and Recovery of Residential Premises Edict No. 6 of 1997.

The Commissioner maintained that some aspects of the law have not really been obeyed by the concerned stakeholders, noting that the section of the law on advance payment which makes it unlawful for a landlord to receive more than a year’s rent in advance was still being flouted.

He expressed hopes that the Lagos State House of Assembly would ensure speedy adoption and passage into law, the resolutions that would be inserted in the proposed bill as would be presented by the Law Reform Commission upon review of the law.

On her part, the Chairman of the Lagos State House of Assembly Committee on Judiciary, Human Rights, Public Petitions and LASIEC, Mrs Funmilayo Tejuosho, promised that the Assembly would ensure fairness in the passage of the review of the law through a call for public hearing to reflect the opinion of the majority.

She urged concerned stakeholders to also consider the issue of Agreement Fee charged by landlords, adding that whatever amendment that would be made to the law should be able to stand the test of time and bring comfort to all residents of the state.

Delivering a welcome address at the event, the Chairman, Lagos Law Reforms Commission, Prof Gbolahan Elias (SAN), disclosed that the goal of the commission was to introduce revised tenancy legislation that will be sensitive but pragmatic, just and efficient.

He added that the proposed review would focus on the role of Estate Surveyors and Valuers, legal practitioners and the judiciary in tenancy matters.

Participants at the stakeholders’ meeting acknowledged the fact that the law cannot absolutely favour both parties involved as either of the parties would be seeking to justify their stance at the expense of the other.

The stakeholders looked forward to a situation where individuals who run afoul of the provisions of the law will be prosecuted by the state government to serve as a deterrent and boost public confidence in the law.