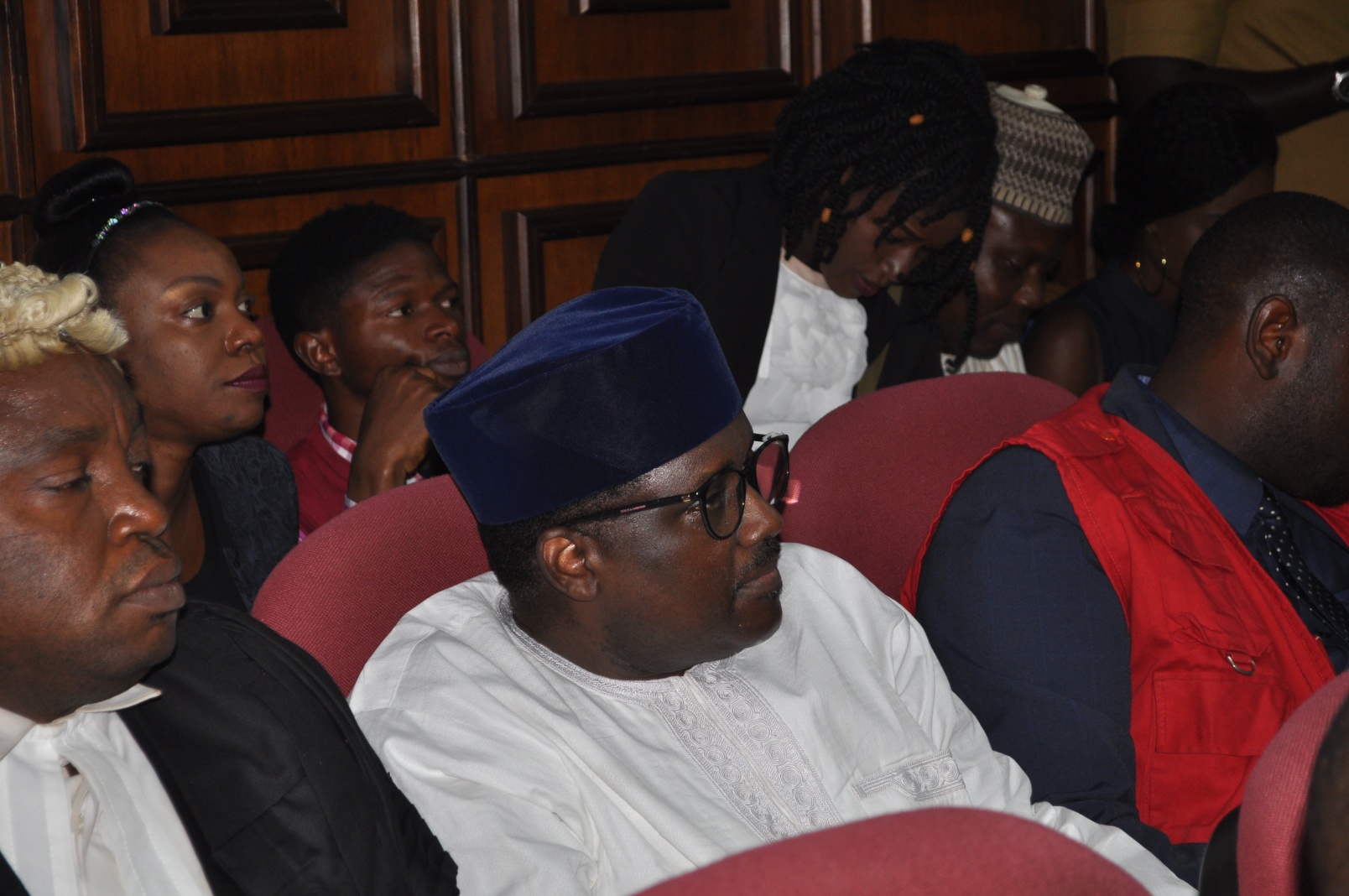 Justice Okon Abang, in a ruling today, found Mr Maina guilty of charges of money laundering brought against him by the Economic and Financial Crimes Commission (EFCC) and sentenced him to eight years imprisonment.

According to the judge, the prosecution successfully established the essential ingredients of the offences contained in the charge, beyond reasonable doubt and convicted him on counts 2, 3, 6, 7, 9 and 10 of the charge. The sentence shall run from October 25, 2019.

The court also ordered Mr Maina and his firm, Common Input Property and Investment Limited, to restitute about N2.1 billion that was traced to their bank accounts, to the federal government, after which it ordered that the company should be wound up.

The court found Mr Maina culpable of concealing his true identity by inducing officials of two banks, Fidelity Bank and UBA, to open accounts for him, without carrying out due diligence, using the identities of members of his family without their knowledge.

Two of those accounts had cash deposits of N300 million, N500 million and N1.5 billion.

The court held that Mr Maina stole monies meant for pensioners, “most of whom have died without reaping the fruits of their labour,” as he could not explain the source of the monies in his accounts. Moreover, his salaries and emolument as a civil servant could not justify the monies in these accounts to which he is a signatory.

The court further found Mr Maina guilty of purchasing a property in Abuja for which he paid with $1.4 million cash, without passing through a financial institution.

The court had on October 8, adjourned till today for judgment after Justice Abang refused the request by counsel to the convict, Mr Anayo Adibe, asking for time to file his written address. The prosecuting counsel, Farouk Abdullah opposed the application on the ground that the defendants had ample time to prepare their written address.

“The defendants cannot dictate to this court how to conduct its business””, he had said. Justice Abang upheld the argument of the defense, stating that “They (defendants) cannot dictate to the court when to file their written addresses and no material is placed before the court to seek for an adjournment in their favour.”

In the course of the trail, EFCC called several witnesses. One of the witnesses Rouqayyah Ibrahim, who testified as a ninth prosecution witness (PW9) told the court how Maina acquired properties in Dubai, United Arab Emirate, United States of America, and a $2 million property in Jabi, Abuja.

The witness revealed that about 32 documents, hard discs and flash drives relating to properties linked to Mr Maina and his family and details of some of his investments in Dubai and in the US were recovered from him.

“Particularly in Dubai, investigation revealed that his company, Northrich Company owned over 50 cars that were used for transportation business and he owns a villa in a High Ground area in Dubai. His wife Laila Abdurrasheed also owns cleaning services, called Spotless and Flawless. We also recovered pay slips during our investigation,” she said.

The witness also disclosed that investigation proved that another of Mr Maina’s company, Kangolo Dynamic does no business but that the defendant created a bank account for it in which his name did not appear anywhere on the account documentation even though he was in control of all the deposits in it.

She also told the court that investigation showed that Colster Logistics, belonging to Maina had a Fidelity Bank dollar account which had an inflow of over $400,000 from cash deposits as at the time the company was investigated.

She further told the court that over N500 million was discovered in the account of Kangolo Dynamic, within the years Mr Maina was chairman of PRTT.

US Urges Buhari to Lessen Use of Military for Conflict Resolution