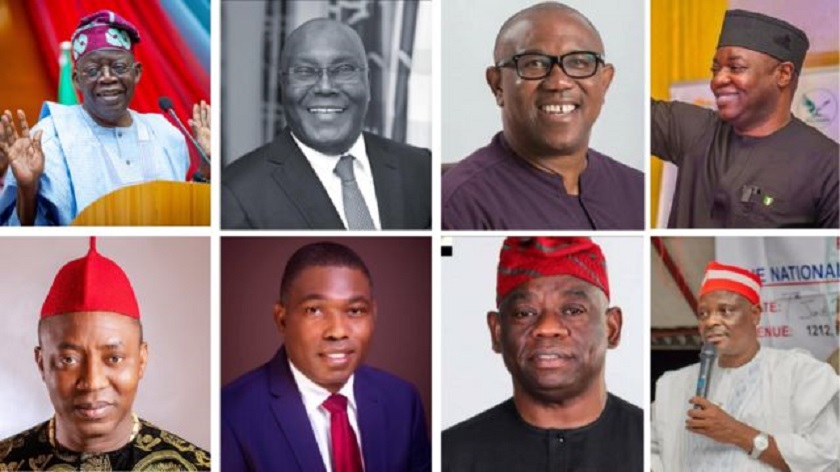 Socio-Economic Rights and Accountability Project (SERAP) has sent an open letter to presidential candidates to publish the source of their campaign funding ahead of the February 2023 presidential election.

The body urged them to demonstrate leadership by directing their “campaign councils and political parties to regularly and widely publish the sources of their campaign funding.”

SERAP said: “We are concerned about the vulnerability of political parties to corruption. Disproportionally large donations seeking specific outcomes or preferential treatment can subvert the wider public interest.”

SERAP also said, “Transparency in campaign funding would improve public trust in Nigeria’s politicians and political parties, and show your commitment to prevent and combat corruption if elected.”

According to SERAP, “If Nigerians know where the money is coming from, they can scrutinise the details and hold to account the candidate and party that receive it.”

“SERAP would consider appropriate legal actions to hold you and your political party to account for any infractions of the requirements of campaign funding, as provided for by the Nigerian Constitution 1999 [as amended], the Electoral Act and international standards, even after the 2023 elections.

“SERAP urges you to sign ‘transparency pacts’ that would mandate you to disclose the identities of donors and widely publish donations and contributions on your party website and social media platforms.

“Opacity in campaign funding can distort the electoral competition and lead to state capture by wealthy politicians and individuals, and encourage politicians to divert public resources for political purposes.

“Transparency in campaign funding would ensure fair and open elections and address concerns about undue influence by the more economically advantaged and privileged individuals, as well as prevent corruption of the electoral process.

“Political parties provide the necessary link between voters and government. No other context is as important to democracy than elections to public office. Nigerians, therefore, must be informed about the sources of campaign funding of those who seek their votes.

“The UN Convention against Corruption, to which Nigeria is a state party, obligates states parties to enhance transparency in the funding of candidates for elected public office and, where applicable, the funding of political parties.

“Similarly, the African Union Convention on Preventing and Combating Corruption which Nigeria has also ratified requires states parties to incorporate the principle of transparency into the funding of political parties.

“Sections 225 and 226 of the Nigerian Constitution and Sections 86, 87 and 90 of the Electoral Act 2022 demonstrate the importance of transparency and accountability in party and campaign finances and why political parties must be proactive in disclosing the sources of their donations and contributions, and how they spend the funds they receive.

“Please let us know if you and your political party are willing to commit to the issues outlined in this letter,” the letter read in part.

Zungeru Hydroelectric Dam to be Ready in Q1 2023