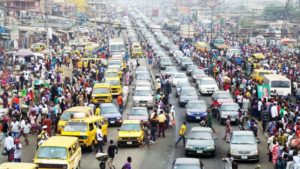 The Nigerian transport industry has received a boost of $1 billion in investment from the United Kingdom (UK).

In the next 18 months, UK companies are expected to invest in Nigeria’s maritime, railway and aviation industries.

According to Punch, this was contained in a report on a recent meeting between representatives of both governments in London on November 29, 2016, which it obtained on Sunday.

The paper reports that the meeting stressed the importance of more involvement of the private sector, increased public-private partnership opportunities ranging from establishment of ship building yards, flat-bottom boats for waterways, ports fencing, modernisation of transportation systems, ship breaking yards, railway infrastructure and logistics, power sourcing as well as the various channels of business to access financing from the UK.

Nigeria’s Minister of Transportation, Mr Rotimi Amaechi, led a team of chief executive officers of various agencies of the government under his ministry to the forum, while the UK government team was led by the Parliamentary Under Secretary of State for Transport, Lord Ahmad of Wimbledon.

Mr Amaechi said Nigeria was ripe for more foreign direct investments, urging the UK firms to take advantage of the business opportunities, especially “now that the post-Brexit era could open more opportunities through the Commonwealth organisation.”

“The UK needs to re-address its unique relationship with Nigeria after slipping to fifth behind China, US, India and Germany in inbound investments,” he added.

The Minister also spoke on a progressive government policy of inter-ministerial harmonisation and dialogue that could help maximise and leverage the national infrastructural enhancement campaign.

Responding, Lord Ahmad assured the minister that the UK was well aware of the importance of Nigeria not only in Africa, but to the UK government and businesses, and that concerted efforts were already being made by both the government and private firms to utilise the opportunities.

He also spoke on the close historical ties between both countries and their peoples.