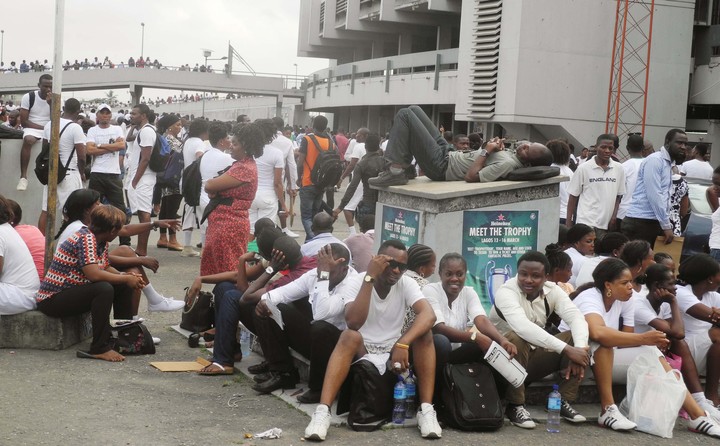 Unemployment: 35% of Nigerians May Slip into Poverty – NESG

The National Economic Summit Group (NESG) has warned that 35 percent of Nigerians may slip into abject poverty if the government does nothing to prevent the growing unemployment rate.

It said this in its 2020 Macroeconomic Outlook, which was unveiled on Wednesday in Lagos, where the intelligence body said that said the rate of unemployment could worsen by 2030.

The NESG also projected that the service sector share could hit 54 percent as the country’s economy remained fragile despite the modest recovery recorded over the past two years following the economic recession of 2016.

NESG, in the outlook, also stressed the urgent need for government to adopt appropriate policy measures to deal with the challenges of booming population and rural-urban migration of millions of Nigerians.

It was projected that Nigeria’s economy would record a 6.4 percent growth by 2030 if current challenges facing business were tackled by government.

“Continuation of these subsidy programmes usually discourages investments and inflow of needed capital in operating sectors. Hence, gradually ending these programmes and repositioning government as a regulator will help to free some funds for infrastructure development,” the group noted.

The NESG said the government should complete the power and energy sector deregulation process by opening up the transmission segment of the power value chain to private participation and investments.

The group stated: “In doing this, three criteria should be considered for willing and prospective investors – managerial experience, technical expertise and financial capabilities. These are key to the success of the power/energy sector reform road map in Nigeria.”

The NESG said despite the commitment of the Organisation of Petroleum Exporting Countries (OPEC) to control supply in order to sustain higher prices oil price will stiffen 2020, noting that there was a need for deep reform in its oil sector.

”Nigeria will need to implement reforms in the oil and gas sector to attract large investments into the upstream subsector and ultimately shore up oil production.” It recommended in the report.