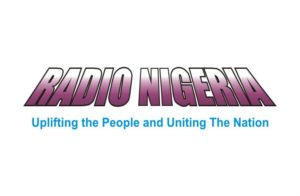 There was pandemonium on Thursday morning in Akwa Ibom State when some artists on the payroll of Federal Radio Cooperation of Nigeria (FRCN), Radio Nigeria Atlantic 104.5 FM in Uruan staged a protest over unpaid salary.

The aggrieved workers carried placards with inscriptions: “The artists of Atlantic 104.5 FM want the release of our February 2016 to January 2017 salary, Else there will be no broadcast’’, “Pay us our 11 months’ salary, we are very very hungry.”

Other inscriptions include: “We the artists of Atlantic 104.5 FM want our 11 months’ salary. Else no work, enough is enough,’’, “We have been patient enough, pay us 11 months’ salary now’’.

News Agency of Nigeria (NAN) reports that the office was under lock and keys.

Spokesman of the protesters, Mr Asuquo Ekpo, told NAN that the management had refused to pay them their salary for inexplicable reasons.

He said that the management of the station was not fair to the plight of the artists who had work tirelessly to make the station functional.

However, Mr Ekpo lamented that the station was unfair and treated them poorly for no just reason.

“How can we be working for 11 months without paying us salary; we have waited patiently enough and that is why we have decided to shut down the station.

“We are calling for the removal of the Zonal Director of the station because artists in Port Harcourt had been paid and we don’t know why we have not been paid until now,” Mr Ekpo said.

He called on patriotic Nigerians and other stakeholders to intervene and ensure that they were paid their entitlements, stressing that their children are hungry and could not pay their school fees again.

NAN also reports that the management of Atlantic 104.5 Fm, artists and industrial attachment staff were seen roaming outside the office premises.

Some workers were seen eating in the cafeteria of the station while some are discussing the issue in hush tones.

Reacting to the development, a senior management staff of the station, who pleaded anonymity, confirmed that the zone owes the artists, assuring that the management is working to ensure that their salary is paid.

He commended them for the peaceful protest, saying that the management will address their plight.

NAN further reports that all the Heads of Department had met to resolve the crisis.