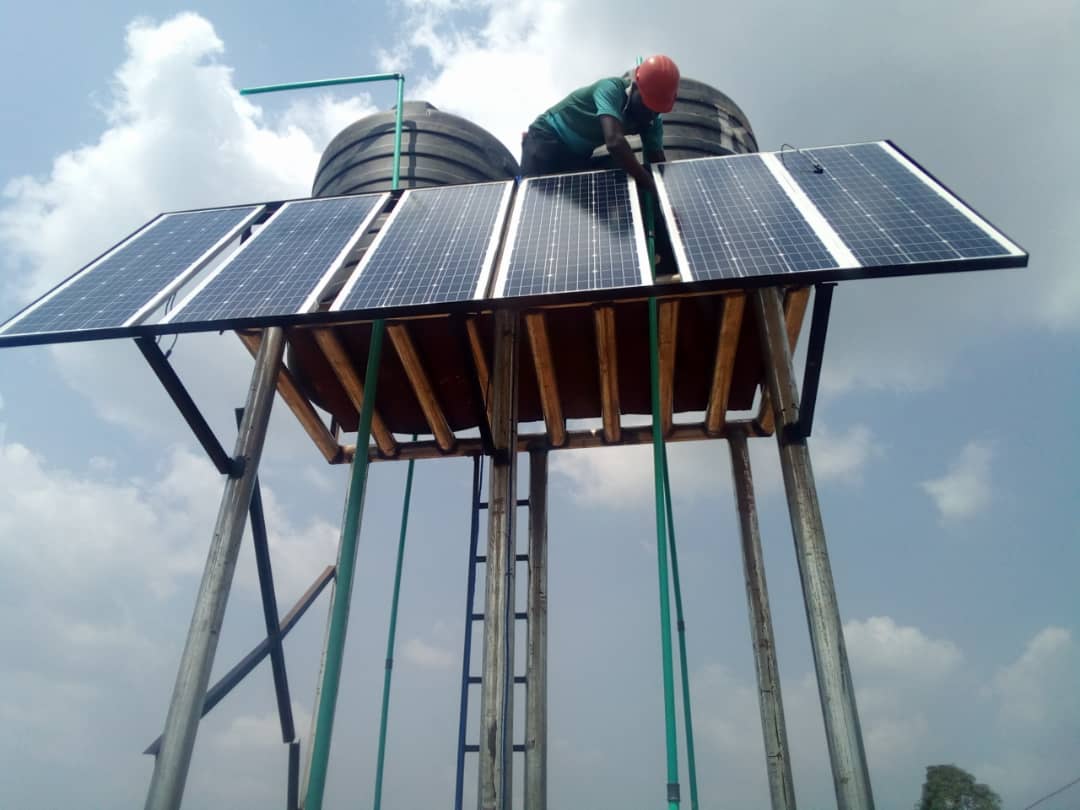 The World Bank in collaboration with the federal government through the Niger Delta Power Holding Company (NDPHC) has commenced the first phase of installation of solar systems in 5,000 households in Abia State.

The initiative was introduced to provide 24-hour uninterrupted solar power to 5 million households in Nigeria off the national grid.

According to NDPHC representative, Mr Chinonso Ugwueke, an Engineer who led the team for the solar power installation to Abia, the lawmaker representing Aba South State constituency in the Abia State House of Assembly, Mr Obinna Ichita, who attracted the project to Abia had already paid for 3,000 solar systems that would be installed in people’s homes within his constituency free of charge.

Speaking on the installation, Mr Ibrahim Usman, the Regional Manager of A-Solar Systems, the firm in charge of the installations, said that the initiative was in furtherance of goal seven of the Sustainable Development Goals (SDGs).

He said that the target was to provide affordable and accessible electricity off the national grid for rural and semi-urban communities.

Mr Usman said that apart from providing subsidized uninterrupted solar power to the people, 1,000 youths from the constituency would be engaged in the installation and maintenance after free training by the firm.

Speaking at the event, Mr Ichita said that renewable energy had the potential to meet the energy needs of rural communities, especially at a time the national grid had almost collapsed.

He said it would provide an opportunity for unserved and underserved communities in his constituency to overcome their power challenge through solar energy.

Mr Ichita said that renewable energy had the capacity to provide a constant power supply for households and businesses which would, in turn, boost socio-economic development in rural areas.

”When I discovered the opportunity through my contacts, I felt I should not waste time in bringing it down to my constituents considering the economic importance of Aba.

”The intention is to provide a 24-hour steady supply of power off and national grid using solar technology that is not only efficient but environmentally friendly.

”Besides constant power supply, 1,000 youths will be taken off the street and employed along the solar technology value chain,” he stated.

The lawmaker explained that the World Bank in conjunction with the Central Bank of Nigeria (CBN), Rural Electrification Agency (REA), and other stakeholders were behind the project.

Mr Ichita added that the constant power outages and collapse of the national grid underscored the necessity of the project.

The opposition lawmaker urged the State Government to key into the project and extend it to other parts of the state.

Anti-Terror War: House of Reps Backs Use of Mercenaries