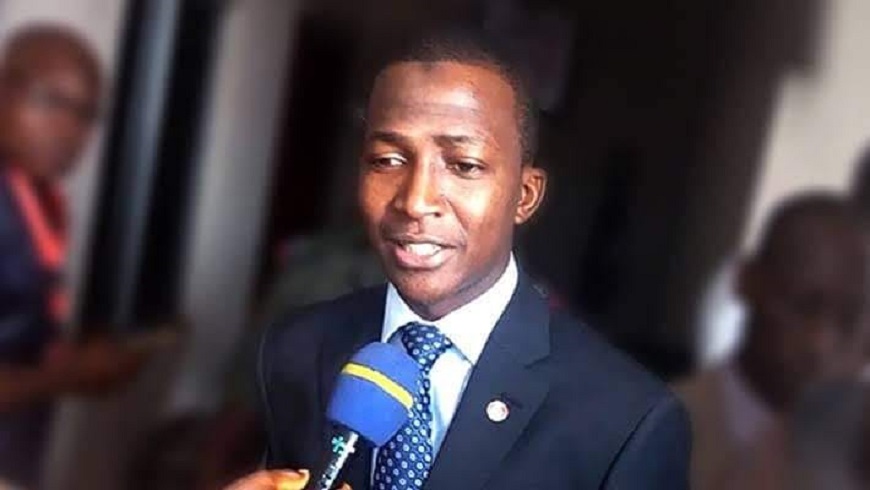 The Nigerian Senate has been urged not to delay the screening and confirmation of Mr Abdulrasheed Bawa as the substantive Chairman of the Economic and Financial Crimes Commission (EFCC).

On Tuesday, President Muhammadu Buhari nominated Mr Bawa as the new head of the country’s anti-corruption agency. He is to replace Mr Ibrahim Magu, who occupied the position for about five years in an acting capacity.

Reacting to the development, the National Youth Council of Nigeria (NYCN), through a statement signed by its president, Mr Solomon Adodo, commended the President for picking the 40-year-old “world-class crime buster” to lead his anti-corruption campaign as it is the “biggest masterstroke” in his administration’s effort to crush the monster called corruption.

They said the next step would be for the upper chamber of the parliament to confirm his appointment so as to enable him to get the ball rolling.

They appealed the Senate to “immediately screen and approve the nomination of Mr Abdulrasheed Bawa,” adding that, “We shall be mobilizing our members to the National Assembly within the next seven days to press home our point.”

The youth council emphasised that the services of Mr Bawa are “greatly needed to advance the fight against corruption in Nigeria as his appointment “signals a positive turn in the war against corruption” and must therefore be urgently considered for approval by the Senate.

It said Mr Bawa’s appointment was not only a great win for Nigerian youths but goes further to remind young Nigerians to always be prepared to take the position of leadership.

“We have diligently looked through the untainted records of this great and young compatriot who has risen through the ranks of the EFCC.

“No one can better understand the workings of the commission than a young officer who has spent all his career years within the establishment beginning from the point where the commission was set up with its unique mandate to halt the negative tide of financial crimes.

“It is imperative to stir to the memory of all discerning observers that Mr Bawa has been strongly averse to any act of corruption or financial crime, he has fought with all determination against this hydra-headed monster even at the risk of threats to his life, unfounded attempts to blackmail him and several concerted smear campaigns against this world-class crime buster.

“Through diligent investigation, Mr Bawa was able to unearth the Petroleum Subsidy Fraud between 2012 and 2015 N70 billion, recovered billions and several companies were prosecuted duly.

“It may be recalled that several men hitherto identified as men of integrity (including Members of the House of Representatives) could not resist the massive bribes and inducement from the subsidy cabal, Mr Bawa, however, remained unbent and rather put the nation first.

“At all his duty posts, the records bear it clear that the sole and singular focus of this fearless fighter against corruption has been to ensure that all traces of financial crimes are identified, exposed and suffocated,” the group said.

The group noted that Bawa’s years of experience and training by global institutions such as the United States Federal Bureau of Investigation (FBI), United States Financial Crime Enforcement Network (FinCEN), the World Bank and the United Nations Office of Drug and Crimes, amongst others, could not have escaped the eyes of any employer seeking a competent hand to head to the anti-graft agency.