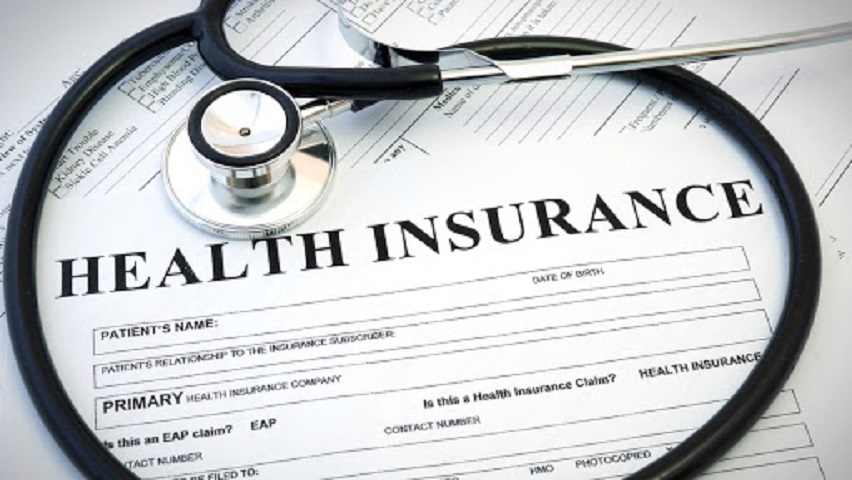 Twenty million Nigerians have been targeted to be brought under health insurance nationwide over the course of 10 years, says the National Health Insurance Scheme (NHIS).

At a ceremony to mark the kick-off of enrolment of beneficiaries in Jigawa State, the Executive Secretary of the NHIS, Mr Mohammed Sambo, noted that the Basic Health Care Provision Fund BHCPF was part of the overall effort to achieve Universal Health Coverage (UHC) by 2030.

The NHIS chief was quoted in a statement issued by Mr Emmanuel Ononokpono, the NHIS Head of Media and Public Relations, as saying that through the programme, the most vulnerable of the most populous African country will have access to affordable minimum health care.

He said that the BHCPF which is provided for in section 11 of the National Health Act of 2014 guarantees the application of 1 per cent of Consolidated Revenue Fund (CRF) for funding of primary health care.

According to Mr Sambo, the commencement of enrolment of beneficiaries under the BHCPF is a strong indication of the commitment of the President Muhammadu Buhari administration towards health, noting that the implementation of the National Health Act, signed into law in 2014, only began under the watch of the current administration in 2019.

The NHIS head further disclosed that the scheme, which is one of the implementing agencies of the fund, was now properly positioned and equipped to provide effective oversight of the programme guided by the ongoing reforms of its operations.

On his part, the Governor of Jigawa State, Mr Mohammed Abubakar, who was represented by his deputy, Mr Umar Namadi, said that the launch was an important milestone in the pursuit of quality health care for citizens of the state, maintaining that the state government was committed to raising the health indices of its population.

Mr Namadi stated that the Jigawa State government has granted sponsorship to 60 citizens of the state to study medicine in China to bridge the human resource gap in the health care delivery system of the state, adding that the second batch of trainees was waiting in line to benefit from the medical course.

NAFDAC Intensifies Campaign Against Self-Medication, Others 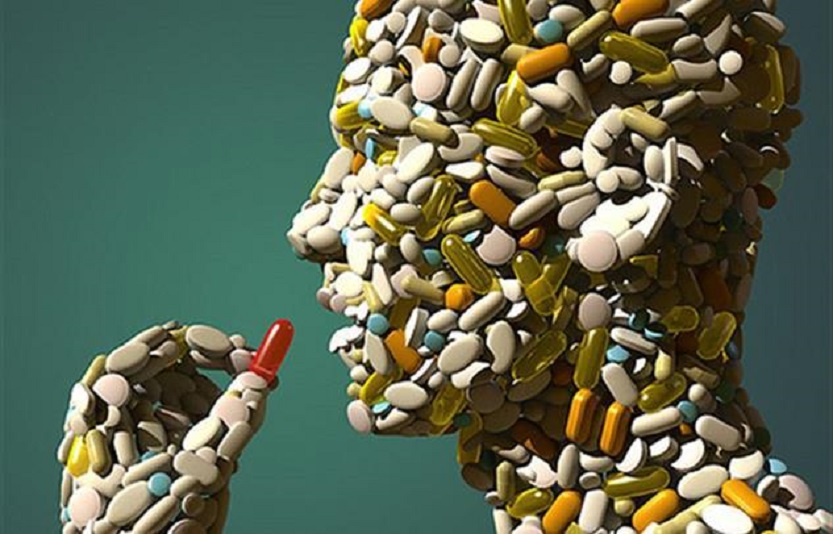 The National Agency for Food, Drug Administration and Control (NAFDAC) in a bid to ensure a good life for all Nigerians, has flagged off a campaign against the dangers of self-medication and other public health challenges.

The campaign is targeted at addressing the dangers of buying medicines from hawkers, abuse of codeine and self-medication, especially among youths.

Also, for the period of the campaign, dangers behind some common practices of most Nigerians due to lack of knowledge, and causes poisoning would be addressed.

This will feature the education on the dangerous effect of using kerosene tankers to load groundnut oil, the dangerous practice of using potassium bromate to bake bread, the use of Azo-dye in palm oil, and the dangers of using Sniper to preserve any type of food or keep flies away from meat.

Others are the dangers of the wrong use of pesticides and insecticides, the wrong use of chemicals and their hazardous effects and the problem of antimicrobial resistance arising from animal meat.

Speaking at the sensitisation campaign in Lagos, NADAC Director-General, Dr Mojisola Christianah Adeyeye, encouraged Nigerians to buy drugs from only licensed pharmacies and medicine stores and refrain from self-medication.

According to her, the key objective of the sensitization programme is to intensify and expand the scope of our informal and formal behaviour change communication strategies in order to reach the vulnerable communities, especially at the grassroots.

She noted that the dissemination of food and drug safety information is an important aspect of NAFDAC’s regulatory work.

Mrs Adeyeye further hinted that the federal agency has engaged the services of a project consultant, MMCC, to drive the sensitisation campaigns, adding that the campaign materials are ready to be deployed on the field.

The NAFDAC boss added that the campaign is aimed at protecting Nigerians against the deleterious effects of unwholesome food, falsified medical products, harmful cosmetics, poor waters and other substandard regulated products.

The ultimate goal of this alarm is to ensure that the various communities take ownership of the care and management of their own health. 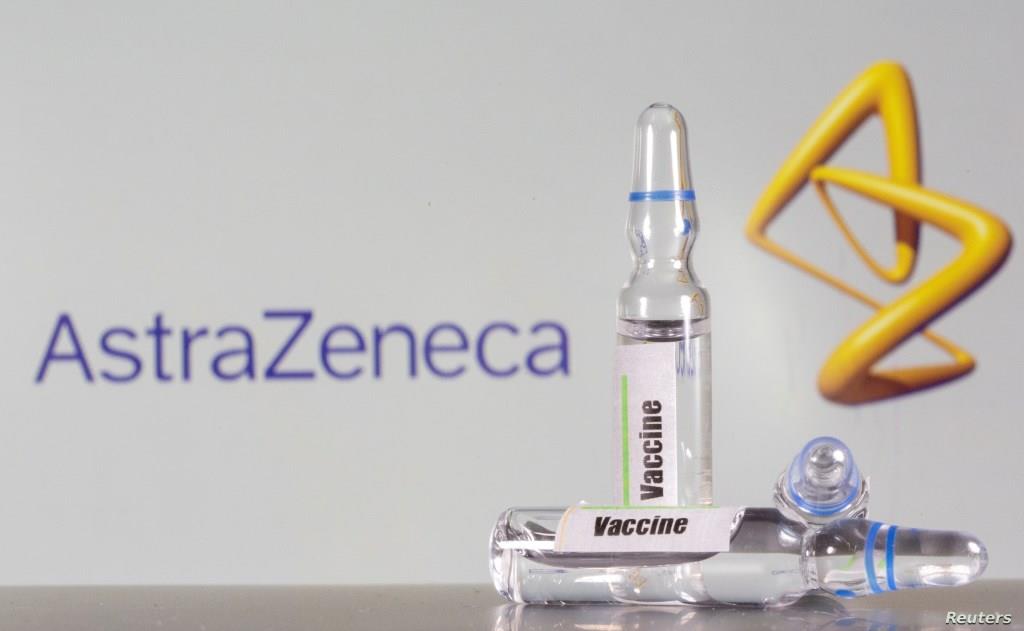 The African Union’s health watchdog, the African Centre for Disease Control (CDC), Thursday warned that the United Kingdom’s pandemic travel restrictions could make people across the continent more reluctant to get vaccinated.

The UK had recently dropped a bombshell that people vaccinated in a few countries are only recognised.

Under the restrictions, for most of the world and all of Africa, Britain won’t recognize locally-administered vaccines, even if the jabs came from Britain.

“If you send us vaccines and you say, ‘we don’t recognize those vaccines’, it sends a very challenging message for us,” said Mr John Nkengasong, head of the Africa Centres for Disease Control and Prevention.

That is “a message that creates confusion within our population… creating more reticence, reluctance for people to receive vaccines,” he told a weekly news conference.

Under the rules that take effect on October 4, travellers arriving into the UK from so-called “red” listed countries are required to quarantine in government-approved hotels even if they are vaccinated.

Travellers from countries not on the red list still face tougher restrictions, including additional testing and home isolation.

“We regret that the UK will take this position, and we really will call on them to review this,” Mr Nkengasong said.

Britain has been an active donor of coronavirus vaccines to Africa, sending more than five million shots to Africa, according to UN data.

Mr Nkengasong feared that Africans will question why they should take vaccines when some European countries are refusing to recognize those vaccines.

“That is clearly not acceptable,” he said. “We should be raising our voices against such behaviours, that is not what we need for this pandemic.”

The UK approach creates a stigma around locally administered vaccines, he said, and “will lead to eventually harming efforts of what we are doing in Africa”.

Some African countries are facing a COVID-19 resurgence as the continent lags in the global vaccination drive, with just four per cent of its 1.3-billion population fully inoculated.

Nigerians, who intend to purchase health insurance packages of Axa Mansard Insurance but are financially unable, can now do so with ease through a loan offering of SympliFi, a UK-based fintech company.

The firm entered into a strategic partnership with AXA Mansard to give Nigerians access to quality healthcare insurance. The insurance benefits will be unlocked when customers apply and secure loans on SympliFi’s digital platform.

According to the fintech company, benefits provided by the unique insurance offering include hospitalization benefit that covers a portion of the loan payment, and a cash payout to help cover hospital costs and a life insurance cover. The goal is to provide financial support and quality healthcare to customers in the event that they fall ill.

The CEO of SympliFi, Maurice Iwunze, stated that the majority of Nigerians lack access to credit and healthcare, which hinders their ability to improve their livelihood, adding that the SympliFi-AXA Mansard partnership is built on a shared interest in empowering Nigerians to transform their lives and improve their wellbeing, by enabling access to critical financial and health services.

“Access to credit and health care remains out of reach for most Nigerians, so families in the diaspora end up serving as the bank and insurance company for their loved ones back home.

“It’s a financial drain on those in the diaspora, while their loved ones back home continue to be excluded from the financial system.

“We wanted to develop an innovative solution to seamlessly address the problem, in a way that’s a win-win for both sides.

“The AXA partnership allows us to do so and is a first step in working together to reimagine the way Nigerians in diaspora support their loved ones back home, beyond remittances,” Iwunze said.

Also speaking on the initiative, CEO of AXA Mansard Health, Tope Adeniyi said, “We are delighted to partner with SympliFi to provide both easy access to healthcare and quick loans to Nigerians from the convenience of their mobile phones.

“We will continue to innovate and create new products, thereby improving the scope of our product offerings, whilst continuously enhancing our service delivery to ensure we always provide our customers with top-notch service to address their needs.”

SympliFi’s first of its kind mobile App enables Nigerians in the diaspora to help their loved ones back home access affordable credit on their own, instead of sending money, by digitally backing the loan.

Through this partnership with AXA Mansard, borrowers on the platform will now also receive the extra benefit of loan protection insurance to cover them in the event of hospitalization, thereby minimizing the financial impact of unexpected medical emergencies that may affect their ability to repay the loans.