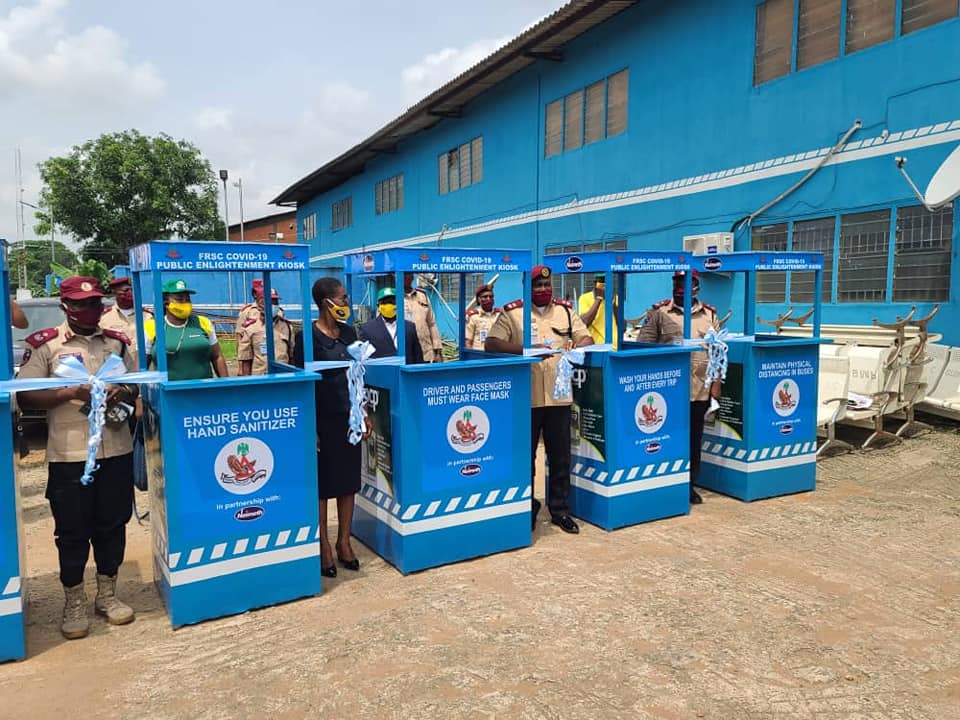 Neimeth International Pharmaceuticals has kicked off a public enlightenment campaign to create awareness against the rampaging coronavirus disease.

This was done in collaboration with the Federal Road Safety Corps (FRSC). The company will sponsor Public Enlightenment Kiosks alongside putting up other public awareness materials to sensitise the public on the guidelines to prevent the spread of COVID-19.

In a statement from the healthcare firm, the partnership with the Zone 2 Command of the FRSC, which covers both Lagos and Ogun State, kicked off recently in both states.

The kiosks will be strategically located at bus stops, motor parks, road junctions and checkpoints manned by FRSC men for the dissemination of information through the sharing of leaflets on prevention guidelines as given by the National Centre for Disease Control (NCDC).

The messages will advise road users, especially public transporters and commuters, to always use face masks, wash their hands before and after each trip, maintain social distancing inside buses and at bus stops, among others.

Speaking at the media launch of the campaign, Mr Matthew Azoji, Managing Director/CEO of Neimeth, who was represented at the occasion by Mrs Roseline Oputa, Executive Director, Sales & Marketing, said the campaign was one of several corporate social responsibility (CSR) undertakings by Neimeth in the fight against coronavirus in Nigeria.

He said Neimeth’s partnership with FRSC on COVID-19 enlightenment was only one of such worthy campaigns which the organisation has been part of.

He further described the partnership with the agency as a worthy humanitarian cause, saying the firm is involved in many more partnerships that revolve around healthcare of Nigerians.

According to him, Neimeth in its commitment to providing healthcare solutions, at the outbreak of the disease in Nigeria partnered with the Lagos State Government to sensitize the public on ways of preventing infection by the virus.

Mr Azoji then urged Nigerians to observe strictly the COVID-19 prevention guidelines as stipulated by the NCDC, especially the use of antiseptics, adding that Neimeth manufactures hygiene and personal care products to stem the spread of the virus which include antiseptic solutions and hand sanitizers.

He noted that since a viable vaccine has not been found, the best option against the virus, which has infected over 10 million people worldwide, was prevention.

“With regular antiseptic use, the disease spread can be curtailed and prevented,” he said.

On the part of the FRSC, the Zonal Commanding Officer, FRSC in charge of both Lagos and Ogun states, Mr Samuel Obayemi, represented by the Sector Commander, Lagos Command, FRSC, Mr Olusegun Ogungbemide, said the FRSC would deploy specially trained men to manage the kiosks and the enlightenment campaign to ensure that it makes a meaningful impact in the control of the spread of the coronavirus.

So far in Nigeria, there have been 28,711 confirmed cases of which 11,665 have been discharged while 645 deaths have been recorded in 35 states and the Federal Capital Territory with the exemption of Cross River State.