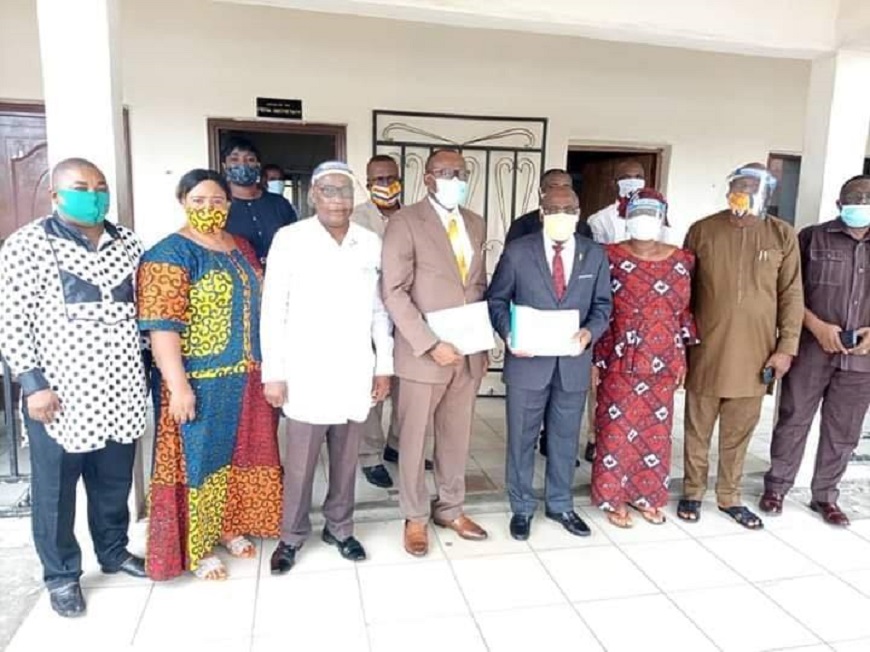 Some syndicates involved in an employment racketeering in the civil service have been arrested by the Bayelsa State government.

The suspects were apprehended following the discovery of about 718 employment letters believed to be fake and issued to some workers in the Bayelsa State Civil Service.

Chairman of Bayelsa State Civil Service Commission, Dr Peter Singabele, said that the syndicates are suspected to have collected money from unsuspecting applicants to facilitate their employment into the civil service.

He stated that the fake letters of appointments were issued to them with which they allegedly enrolled as civil servants in the South-South state, thereby increasing the wage bill of the government.

He also said other syndicates, who are believed to be in the government circle, were suspected to have fraudulently facilitated appointments into the state’s civil service using fake Governor’s letterhead and signature.

According to him, disciplinary actions would be taken after studying the recommendations of the committee in line with the civil service rules of Nigeria.

Mr Singabele, while receiving the report of the Committee on Verification of Appointment Letters inaugurated in March 2020 by the Bayelsa State Civil Service Commission, said he was worried about the level of corruption in the system, promising to flush out the bad eggs.

He noted that most of the syndicates operated with some officials at the Civil Service Commission and the State Treasury.

He commended the panel headed by the Permanent Secretary, State Ministry of Agriculture, Dr Mightyman Aye Dikuro, for the brilliant report.

The Chairman has equally used the medium to assure all genuine civil servants not to panic over the fake stories making the rounds on different social media platforms that Governor Douye Diri was planning to sack Bayelsans employed by the previous administration, insisting that there are no plans to sack any genuine worker.