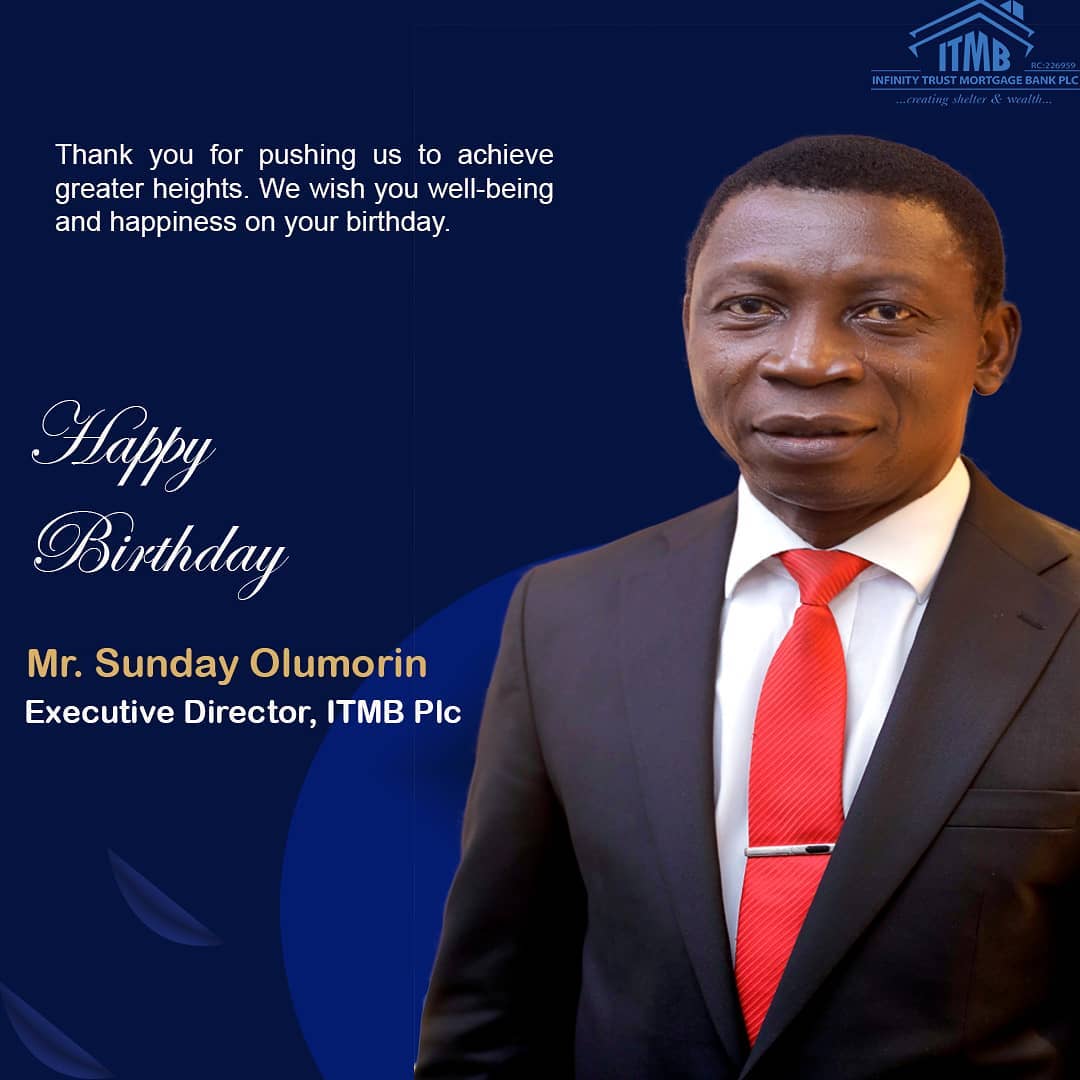 In line with its succession planning mechanism, one of the Primary Mortgage Banks in Nigeria, Infinity Trust Mortgage Bank, has appointed Mr Sunday Olumorin as its Acting Managing Director.

He is taking over from Dr Olabanjo Obaleye, whose tenure as the MD of the company has expired, with effect from January 1, 2022, a statement from the firm stated.

Mr Olumorin is not new to Infinity Trust Mortgage Bank as prior to this appointment, he was an executive director in the financial institution, which was why the board chose him for the job.

However, his appointment is still “subject to regulatory approval,” according to the disclosure from the company.

“Having held various senior executive roles with the bank Mr Olumorin brings over 20 years of experience of working across all areas of mortgage, finance, investment, consulting and real estate in Nigeria,” the statement further said.

Mr Olumorin has headed many strategic departments and units in the bank, including business development, financial control, audit and internal control, operations and information technology, which has helped propel the bank to be one of the leading primary mortgage banks in Nigeria.

He has also attended several international seminars and workshops on mortgage financing in the United Kingdom, and the United States of America, including the Wharton School, University of Pennsylvania and MBAN DEVPAR Housing Finance Program in Canada. He is an alumnus of the Lagos Business School.