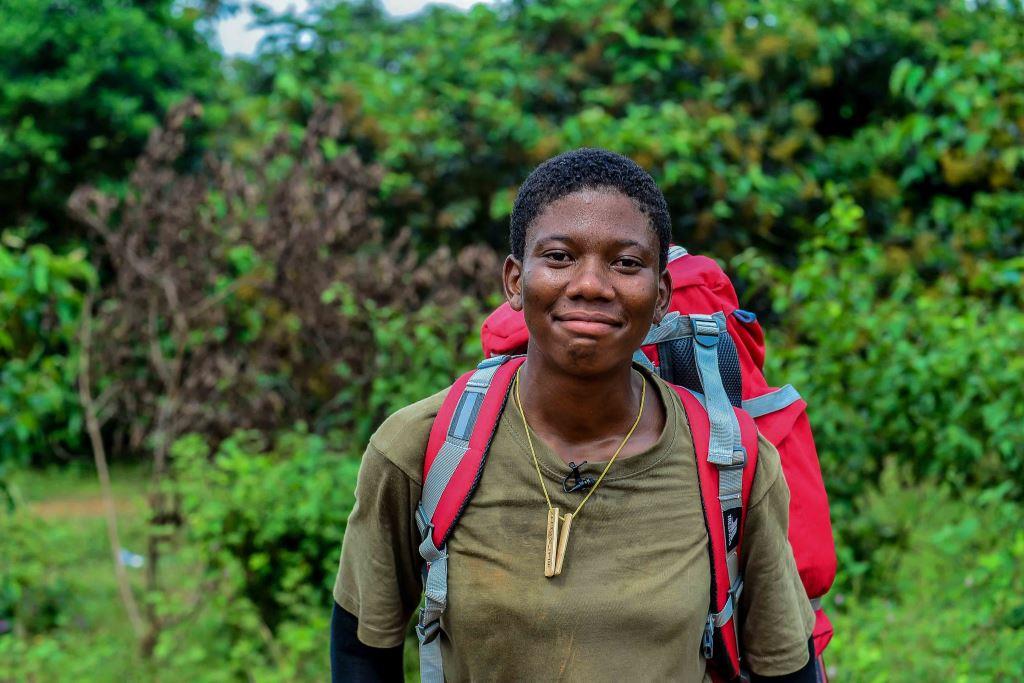 The last woman standing on the 2021 edition of the Gulder Ultimate Search (GUS), Chidimma, has been evicted from the show.

She said her goodbye to the show last weekend after she failed to complete her task, though she made it to the top four and set an impressive track record of task wins.

Her story is a bitter-sweet experience as she was someone who was not sure she would make it to Gulder Ultimate Search.

Last weekend’s task was unique because it determined who scaled through to the final three and the contestants also had their luggage with them.

While they were in the jungle to look for treasure map pieces, the enemies raided their camp and took all their food.

The task of the day, a combination lock, was an intense variety of tasks that combined to unlock a case. They had to crawl through obstacles, balance puzzles pieces, match those pieces to get a code that allowed them to unlock a rod to strike their gong.

Damola made a good speed as he finished the first obstacle and rapidly moved along the course.

The first time, Odudu dropped his tile and had to start again but he found a way around it. Damola, Odudu and Damilola soon start on their puzzle board while Chidimma was still transporting her tiles.

The first to finish the task was Damola and this enabled him to beat his gong. Damilola and Odudu were tied at the final stage, trying to find the right combination to unlock their rod, but it was Damilola that finished second, while Odudu followed.

With Chidimma unable to complete her task, she was shown the way out of the camp, though she stands a chance of being voted back into the show.

This weekend, the search for Akolo’s chest continues and a winner should emerge among the trio of Damola, Odudu and Damilola.

Why is PariPesa Best to Play? 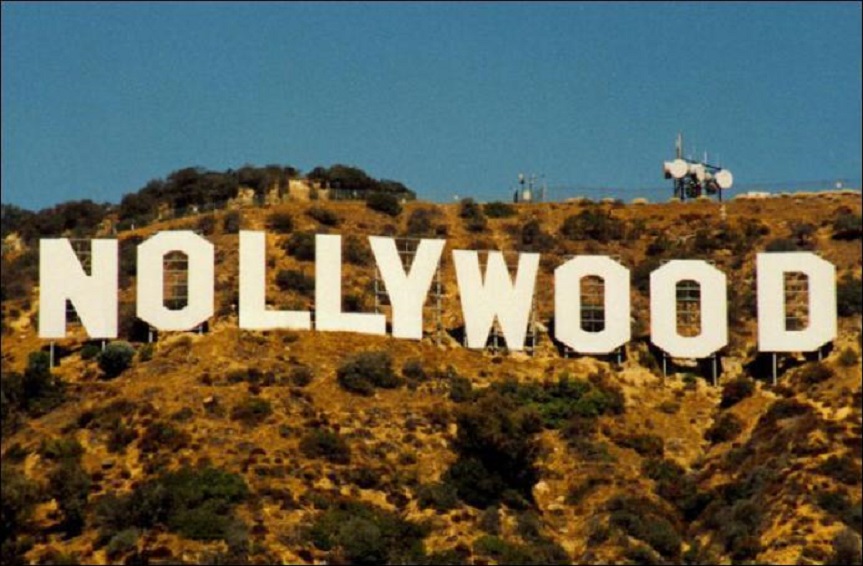 A total of 382 movies was produced by the Nigerian film industry, otherwise known as Nollywood, in the last quarter of  2021, up from 375 in the third quarter, indicating a 1.9 per cent growth quarter-on-quarter.

This was disclosed by the National Film and Video Censors Board (NFVCB) in a statement signed by Mr Adedayo Thomas, Executive Director/CEO of the board.

According to him, the figure was made available by the Department of Film Censorship and Classification of the board in its fourth-quarter report for the year, which captured all films submitted to the board from across the country.

Mr Thomas said that Lagos State had the highest number of movies produced for the period with 181, while Onitsha followed with 96 movies and Abuja with 87 movies.

The analysis by locations further showed that Kano had seven, while Port Harcourt and Jos recorded three respectively and Benin had five movies for the period under review.

“The report is for onward submission to the relevant Federal Government authority for compilation of the nation’s Gross Domestic Product (GDP) for the fourth quarter (Q4), 2021.

“We are happy that the industry is picking up again, having survived the harsh impact of the COVID 19 pandemic on every sector of our economy, including the creative sector and the motion picture industry in particular.

“We introduced virtual censorship platforms to keep the industry running so as not to jeopardise the business interest of stakeholders, and that has become an integral part of our operations,” he said.

NFVCB is a federal government body that regulates the films and video industry in Nigeria. The board is empowered by law to classify all films and videos whether imported or produced locally.

It is also the duty of the board to register all films and videos outlets across the country and to keep a register of such registered outlets, among other functions. 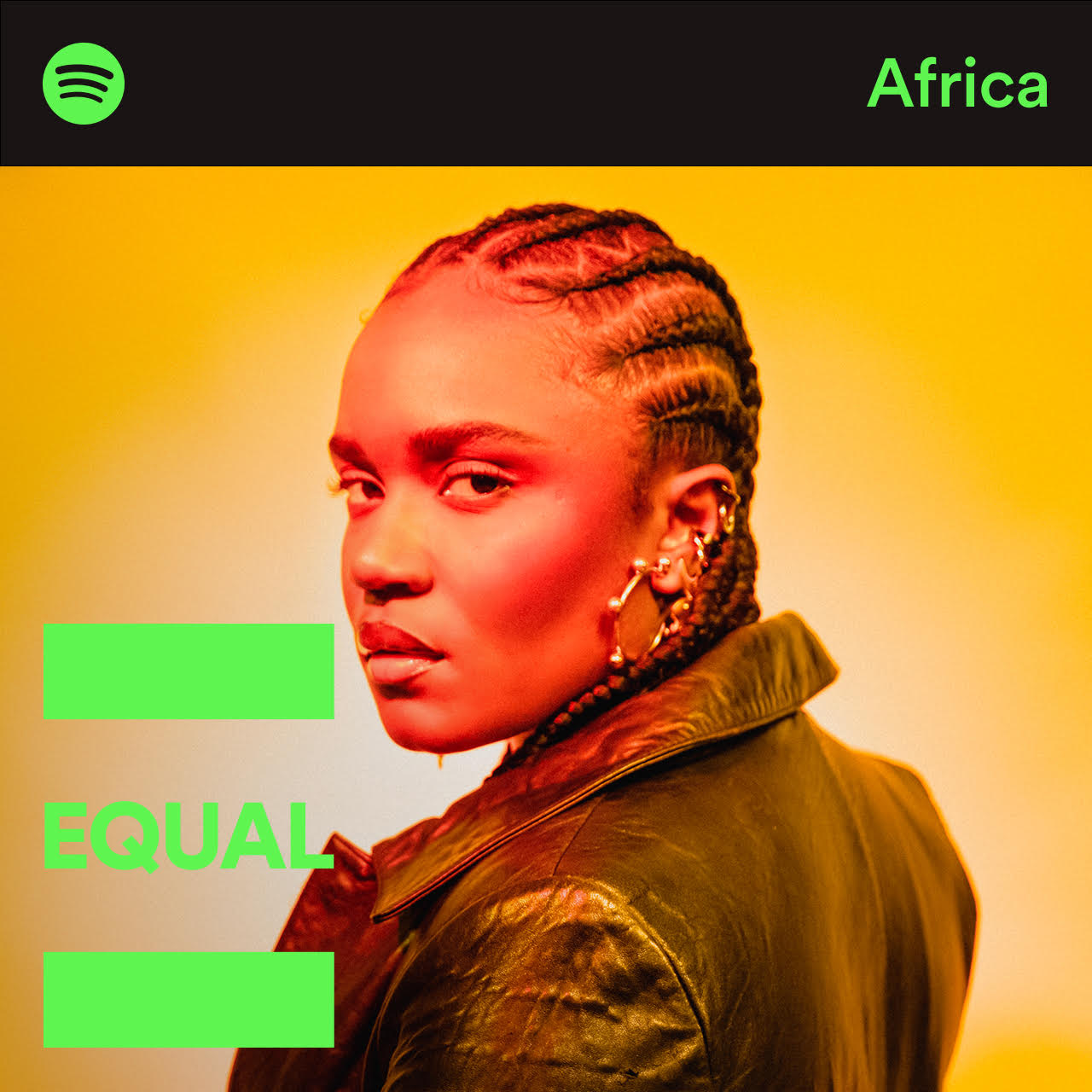 The prestigious Spotify EQUAL Music Programme has announced Ghanaian breakout star, Amaarae, as the January Artist of the Month.

The red-gold-green nation’s global sensation is the cover of Spotify’s EQUAL Africa playlist, which compiles music from “the fiercest African women making waves”.

Spotify EQUAL is a pledge to amplify the voices of women in the music industry, as only 25 per cent of artistes on the charts are female, according to a study by Spotify-funded USC Annenberg.

The EQUAL programme spans seven categories, which include the EQUAL Artists of the Month and the EQUAL local playlists, where Amaarae represents the January 2022 selection.

“I’m incredibly proud to be EQUAL’s Artist of the Month in recognition of all the barriers my creative work looks to break. It’s a win for Ghanaian and African female creators,” Amaarae enthused.

New York-born Ama Serwah Genfi is creating R&B, Soul, and Afropop fusions that have global appeal. Amaarae, who is a strong advocate of gender equality, is fast achieving fame.

The rise of The Angel You Don’t Know album maker on Spotify is phenomenal, with more than 10 million monthly listeners, and over 116 million streams for her Sad Girlz Luv Money remix alone.

With this viral hit, which features Kali Uchis and Moliy and which debuted at #80 on the US Billboard Hot 100 in November 2021, Amaarae became the second Ghanaian to break into the Billboard charts – 50 years after Ghanaian-English Afro rock band Osibisa first paved the way.

Today, the entertainer known to her social media fans as Fountain Baby follows in the footsteps of fellow Ghanaian female star Gyakie who, with her selection in April last year, became the first African woman to partner with Spotify for EQUAL.

Other African artistes to have been featured on EQUAL include Kenya’s SSARU and Muthoni Drummer Queen, Nigeria’s Ayra Starr, and South Africa’s DBN Gogo. 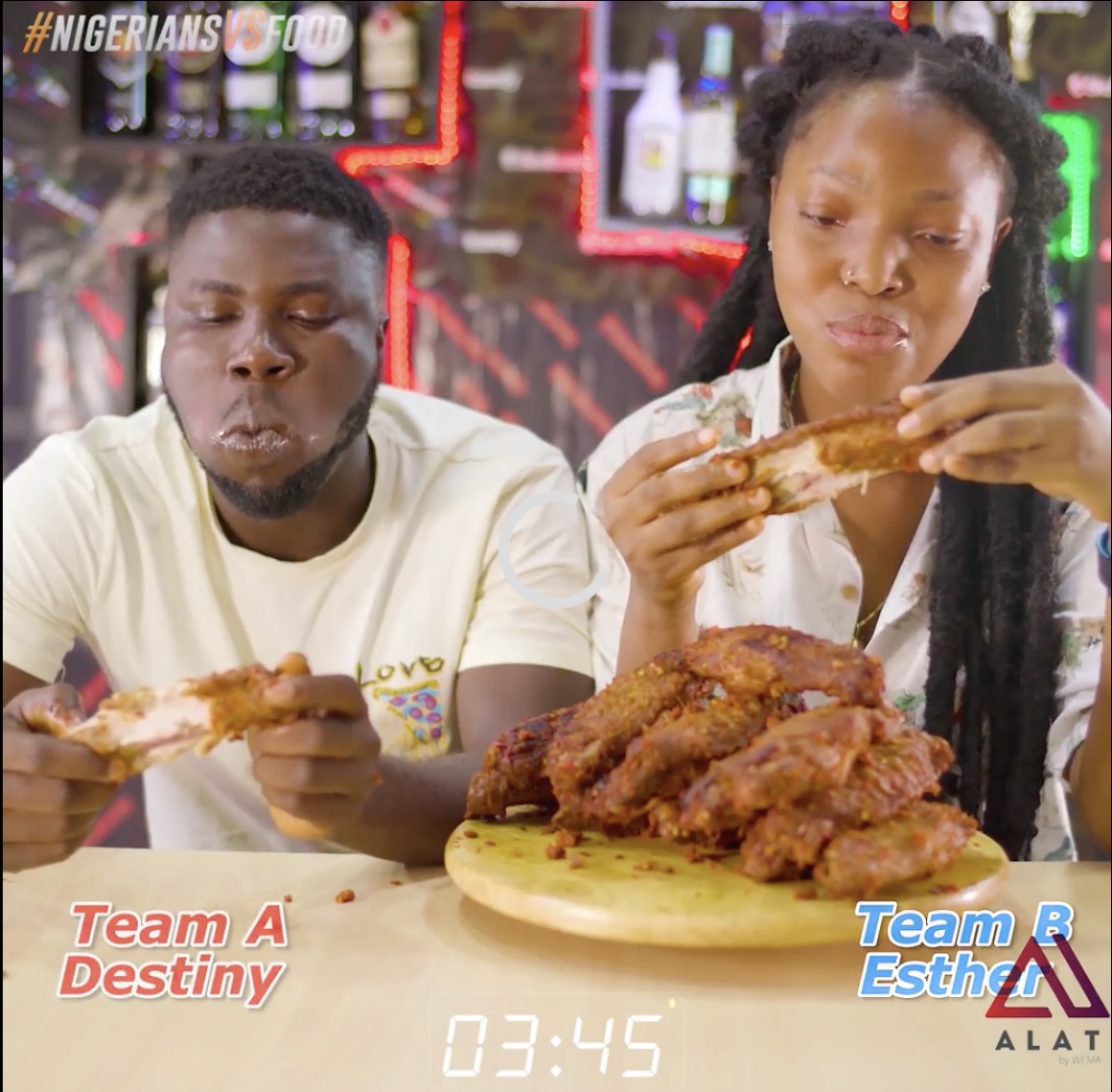 Food lovers in Nigeria now have the opportunity to apply for the second edition of the ALAT Food Challenge sponsored by Wema Bank Plc.

According to the Head of Marketing Communications and Investor Relations at Wema Bank, Ms Funmilayo Falola, the company’s drive-in organising another edition of the ALAT Food Challenge was to “lift the spirits of Nigerians, especially following a difficult year.”

“It was exciting to see how Nigerians reacted to the first contest and we hope that we can replicate that joy on a much bigger scale with this edition,” she added.

On Monday, January 17, 2022, ALAT by Wema confirmed that the challenge will even improve on the successes of the previous edition and will leverage the excitement of the new year season.

The challenge will give young Nigerians another opportunity to express their excitement following an eventful year. The partnership with popular social media food influencer, Ayo the creator of the food eating show – Nigerians vs Food, will continue this season.

This challenge, which will feature two episodes, is open to all interested persons between the ages of 18 to 35 and requires all challengers to sign up on the ALAT app (via Play Store or App Store) using the referral code ‘FOOD’. Following a successful registration, challengers are expected to visit the bank’s verified social media channels to complete the process.

ALAT has built a customer base of over 600,000 customers in the past four years, investing over N2 billion in various youth-oriented initiatives such as Talk Series, SociaLiga, GameOn Turf Football Competition, Social Media Week, and many more since its launch.