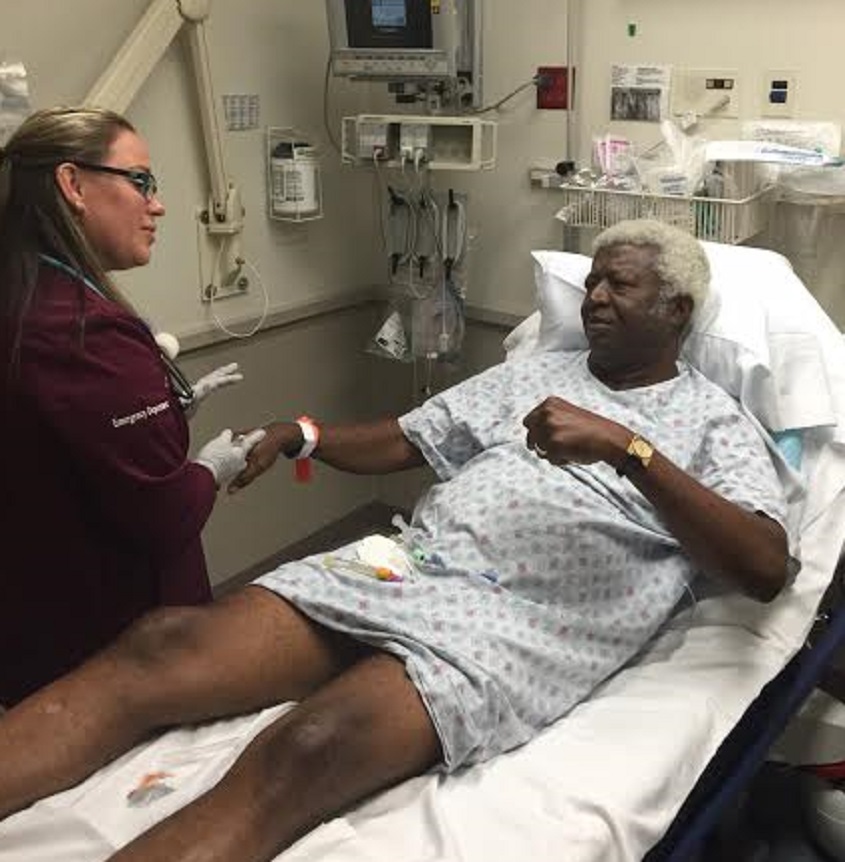 A veteran actor in Nigeria, Mr Bruno Iwuoha, has died at the age of 68.

The actor reportedly died on Saturday morning after battling with illness believed to be diabetes and glaucoma.

He was recently flown to the United States on the bills of the CEO of Morgan Entertainment, Mr Emeka Morgan and was getting better.

However, for about three weeks, he was in a coma at the National Hospital, Abuja, where he reportedly gave up the ghost today and his corpse moved to the mortuary.

Before his demise, Mr Iwuoha acted in several movies including The Cross of Love, Occultic Battle, Fire on the Mountain 2, Magic Cap, Royal Promise, Sin of the Flesh, amongst others.

The actor made his debut in the industry in a film titled Last Kingdom and in an interview, he had explained that, “Some people may say it’s inborn, but in the secondary school, I was a leader of the Atilogu dramatic society in the school within that period. That was it, until I left school.

“Until one beautiful day I came back from Port Harcourt, that period I was a registered contractor with NAFCON, so I came back to my house in Aba and met a letter dropped by one Christopher Kolon inviting me to Wilcox Memorial Secondary School in Aba for an audition.

“I went there and on getting there, I saw the likes of Ndubuisi Okoh who incidentally was director of the movie, it was titled ‘Lost Kingdom’, and Ikenna Igwe, the writer and producer of that film, and other top artistes that you can think of in the movie industry as at that time

“After the auditioning, I got a role in the film. And it was a good thing for me to play side by side the likes of Pete Edochie, Enebeli Enebuwa, Larry Koldsweat and others. These were men who had made a serious impact and name in the movie industry of Nigeria before that time.

“So, it was a real privilege, it was challenging, it was everything really. I agreed to go along with them. There were challenges and intimidations. Though I never allowed that to bear on me, because I came to do my best and I was so determined, that whatever cropped up that period, I never took it to be anything serious. I kept forging ahead and I thank God for that.”