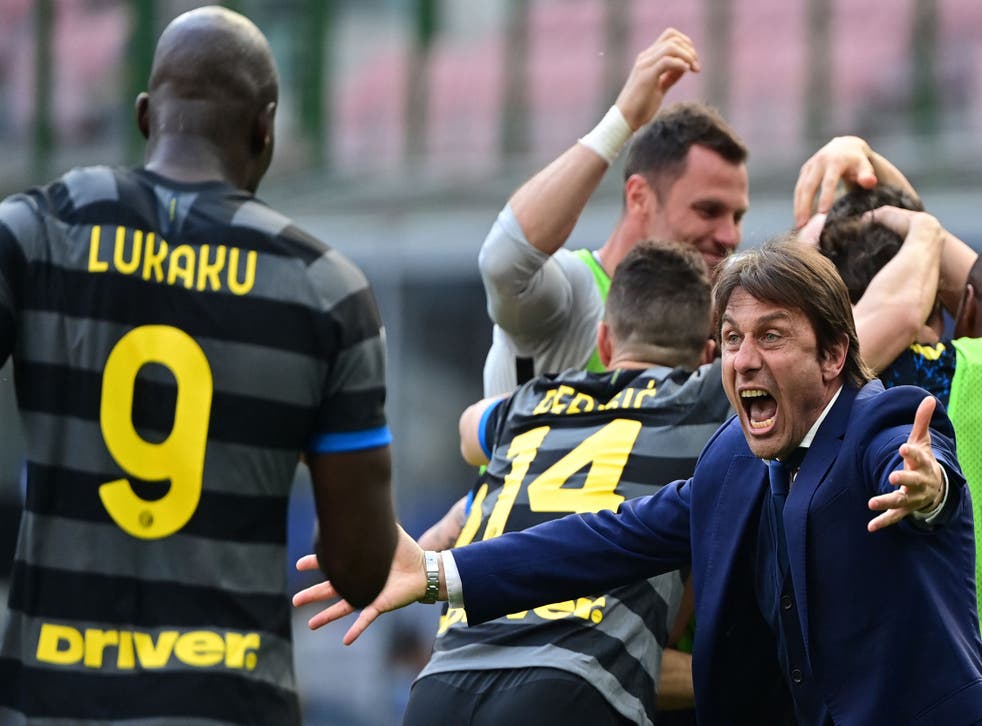 Italian club side, Inter Milan, have claimed the Serie A title on Sunday for the first time in 11 years to end Juventus’ nine-year reign in Italy.

The side coached by Mr Antonio Conte clinched their 19th title known as the Scudetto after nearest rivals, Atalanta, drew 1-1 at Sassuolo to leave the Nerazzurri 13 points clear with four games remaining.

Mr Conte had started Juventus’s record run, winning the first three titles in a winning streak that stretched from 2012 to 2020.

The 51-year-old took over Inter in 2019 after he left Chelsea Football Club of England and lifted the trophy after finishing second last season.

Speaking after the victory, the Inter Milan head coach said, “I’m astonished. We’re breaking up a dynasty. Not even in my wildest dreams could I have imagined that we’d make up this much ground on the team that dominated Serie A for nine years in the space of two seasons.

“This doesn’t mean we’re better than Juventus, they have a great squad; we’ve rolled our sleeves up and started doing some important work, trying to make ourselves credible.”

Inter are now second for league trophies in Italy, one ahead of city rivals AC Milan’s 18, but 17 short of Juventus’ 36.

The Lombardy side had not won Serie A since Portuguese coach, Jose Mourinho, treble-winning season of 2010 where he won the UEFA Champions League, Serie A, and Coppa Italia.

Their last trophy was the Coppa Italia in 2011 and they missed out on the Champions League for six seasons before Luciano Spalletti returned them to Europe’s top club competition in 2018.

Mr Conte is the 13th coach since Mourinho to sit at the helm for the Nerazzurri as it experienced series of changes in the last ten years.

It is the first time that a foreign-owned Italian team has won the league title.

Inter Milan had played earlier on Saturday, May 1 to extend their lead at the table after it beat Crotone 2-0 stretching their unbeaten run to 18 games.

Spearheaded by Belgian forward Romelu Lukaku and Argentine Lautaro Martinez Inter cemented their title credentials with a run of 11 consecutive wins before being held by Napoli on April 18.

The triumph ends Juventus’ golden era whose Portuguese star Cristiano Ronaldo remains the top scorer in the league but the club might end the season playing Thursday night football as it sits 5th on the table.

For the new champions, the biggest challenge will be the Champions League which it won in 2010 but haven’t reached the last 16 since the 2011/12 season.

Can You Get Rich With Sports Betting?