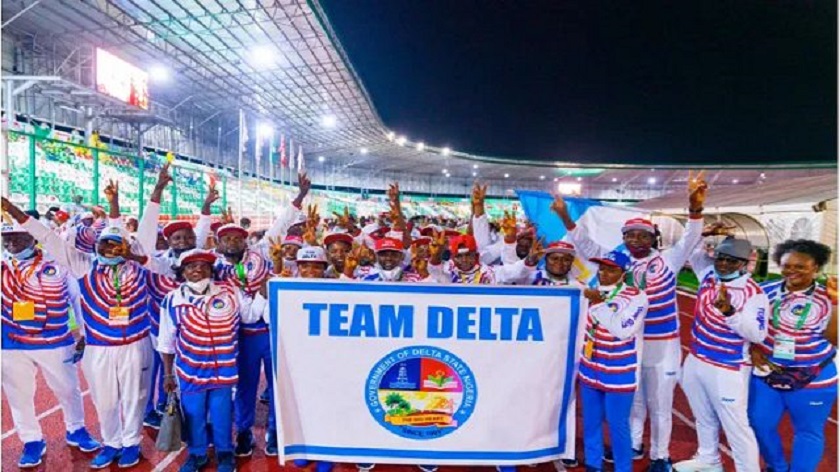 Delta State, the winner of the 2020 National Sports Festival (NSF), will host the next edition of the festival in 2022.

This was announced on Wednesday by the Minister of Youth and Sports Development, Mr Sunday Dare, at the closing ceremony for the 20th edition of the festival tagged Edo 2020 in Benin City.

“Following the evaluation of the bids and the physical visitation to the prospective States, I hereby announce Delta State as the next host of the National Sports Festival in 2022,” he said.

“Congratulations to Delta State for emerging the overall winner of the Games of the 2020 National sports Festival.

“I’m glad to note that the Federal Government received bids to host the 21st edition of the National Sports Festival in 2022 from 6 states namely: Delta, Ebonyi, Imo, Kaduna, Kano and Ogun.

“I congratulate the government and people of Delta State for emerging the preferred State and wish them best of luck in the organisation of the 21st National Sports Festival.”

Team Delta emerged winners of the festival which ended yesterday. The South-South state dominated the tournament, raking in a total of 158 gold medals, 116 silver and 110 bronze.

Controversy had almost marred the just-concluded festival when the Local Organising Committee (LOC) said it would have to halt the competition due to the inability of the federal government to fulfil the funding commitment it made towards the event. It took the intervention of the Minister of Sports to avert the stoppage of the festival.