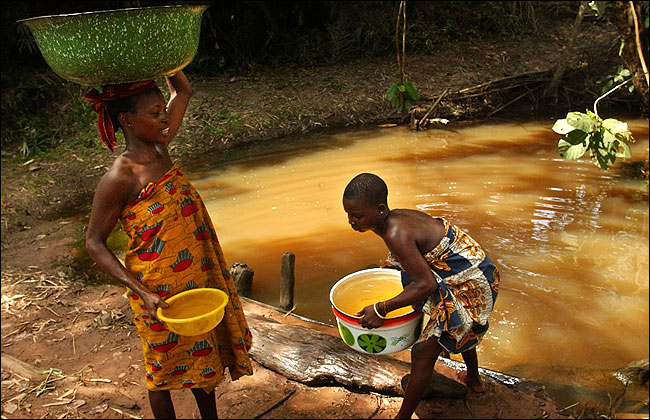 World’s leading German brand in sanitary fittings, GROHE, has emphasised that about 395 million people living in Africa are without clean water.

While commemorating the World Earth Day celebrated on April 22, the firm expressed its commitment to innovative design with a strong focus on sustainability.

GROHE also noted that according to statistics published by the international development organization WaterAid, about 695 million people out of the 1.2 billion total population of Africa are surviving without basic sanitation.

In view of this and in keeping with this year’s theme for Earth Day: environmental and climate literacy, GROHE has provided key tips for saving water, especially in Africa.

It said with Africa’s population projected to be 2.2 billion by 2030, only 32 percent of Sub-Saharan Africans will have access to sanitation by 2030.

For GROHE, sustainability is a corporate value with a tradition and a future. GROHE has developed a wide portfolio of advanced product technologies and launched also a series of awareness campaigns and programs to change mindsets and habits.

Since 2009, GROHE has launched the Green Mosque Initiative in many countries, whereby the company partners with local entities to install water-efficient products in the ablution rooms of mosques to help the respective regions achieve sustainable reduction in water consumption.

Muslim worshippers’ ritual ablutions consume between 10 and 15 litres of water per day. Every possibility to save water therefore has a great impact on consumption. As mosques play an important role in people’s day-to-day lives.

The initiative has reduced water consumption for the cleansing rituals by roughly 30 percent which is good for the environment and helps cut costs.

“Water saving taps and showers and water saving flush systems are two of the main ways that everyday citizens can contribute to protecting the environment, and sustainability is one of the core values and a top priority in the creation of every GROHE product for bathrooms and from the design to development stages.” says Mohammed Ataya, Vice President of GROHE Egypt, North and West Africa.

Mohammed Ataya adds that “Quality materials, first-class design and advanced engineering all play an important role in saving water. For example, GROHE EcoJoy™ hand showers feature either an integrated flow limiter, or an Eco button or spray dimmer which lets you chooses when to reduce the water flow.”

GROHE agrees strongly with the Earth Day ethos that everyone needs to be empowered with the knowledge and the products to inspire action and protect the environment.

The individual choice to reduce water consumption is only one of the many strategies needed to address the issue of water scarcity but it gives each person a role to play in protecting the planet.