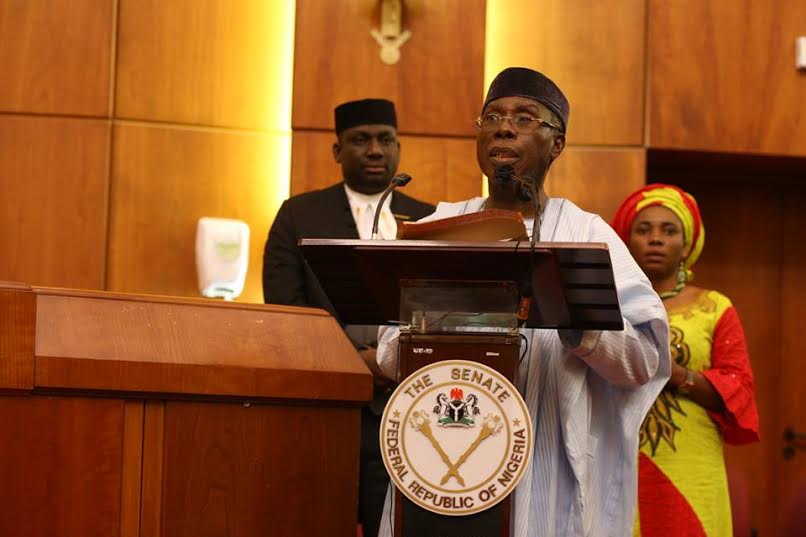 A Neighbouring Country Destroying Our Economy—FG

Federal Government has accused a neighbouring country of making sure the Nigerian economy is destroyed.

Minister of Agriculture and Rural Development, Mr Audu Ogbeh, during a chat with some youths in Abuja on Monday, said the said nation, which he failed to mention its name, was smuggling imported rice into Nigeria.

Mr Ogbeh said very, government will have to take a decisive step against the neighbouring country by closing her border.

According to the Minister, this step would be taken to safeguard Nigeria’s economy and assist local rice farmers, who he said were struggling to survive because of smuggling.

“Our other problem is smuggling.  As we speak, a neighbour of ours is importing more rice than China is importing.

“They do not eat parboiled rice, they eat white rice, they use their ports to try and damage our economy.

“I am telling you now because in a few days, you will hear the border has been shut, we are going to shut it to protect you, us and protect our economy.

“You will start seeing all sorts of negative things on the internet.

“Let me tell you why we need to shut the border, I grow rice, I was the first Nigerian to mill rice free of stones, if you plant rice in certain parcels of land, some poisonous materials get into the rice,” the Minister told youths in a leadership clinic under the auspices of Guardians of the Nation International.

Speaking further, he said, “There are three kinds of water in their natural state; there is fresh water from the river, salt water from the sea, blackish water.

“If you go to the Delta in many countries, in South East Asia where they grow the rice, if you plant rice in the same place like four to six years continuously, the quantum of arsenic begins to increase and arsenic causes cancer and that is what they are dumping for us.

“Some people say they prefer Thai rice because they are very sophisticated, welcome to poison.”

According to him, states like Anambra, Ebonyi, Kebbi, Kano, Jigawa were doing well in rice production.

“We just have to handwork you to prosperity otherwise, this country will not grow. My wish for you is to have a better time that we had,” he said.

Nigeria May Not Improve Ability to Generate Revenue—Moody’s