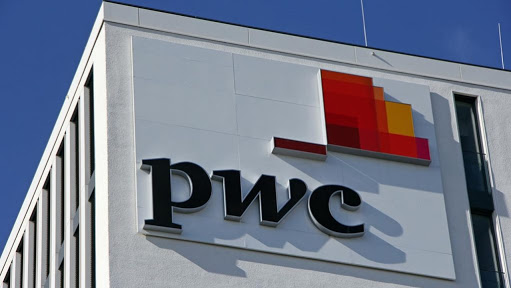 PwC released its 2017 African Capital Markets Watch publication today, which analyses equity, and debt capital market transactions that took place between 2013 and 2017 on exchanges throughout Africa, as well as transactions by African companies on international exchanges.

This report lists all new primary market equity initial public offerings (IPOs) and further offers (FOs) by listed companies, in which capital was raised on Africa’s principal stock markets and market segments. The report also includes IPO and FO activity of African companies on international exchanges or non-African companies on African exchanges, on an annual basis.

Andrew Del Boccio, PwC Capital Markets Partner notes: “Capital markets in Africa saw a recovery in 2017 with the positive impact of commodity stabilisation on economies such as Cote d’Ivoire and Nigeria, which emerged from five successive quarters of GDP declines, and resilience in the face of economic and political uncertainty in South Africa.”

“We are optimistic about the pipeline of companies seeking to access the capital markets in 2018, including cross-border IPOs of African companies, given encouraging indicators in large markets such as South Africa, Egypt, and Nigeria, and the continued economic growth in East Africa and the Francophone West African countries,” Del Boccio comments.

African ECM activity in 2017 was largely driven by the financial services sector for FOs, and the consumer services sector for IPOs, though both of these statistics were impacted by a few very sizable transactions during the year. Businesses in sectors such as telecommunications, consumer goods and services, financials, and healthcare continued to form a significant component of African ECM activity.

Although levels of market capitalisation for many of Africa’s exchanges remain low in a global context, a number of initiatives have taken place to deepen liquidity and provide investment opportunities for foreign and domestic investors alike. Regulators in some African countries have made efforts in recent years to encourage companies in specific sectors to list shares on their domestic stock exchanges. Additionally, enhanced regulatory capital requirements have driven financial services companies to access both the debt and equity capital markets over the past year.

2017 also saw a greater focus by exchanges on small and medium sized enterprises (SMEs) with the introduction of junior or alternative boards. In South Africa, the entry of four new exchanges altered the South African listing environment. Although there have been a number of listings on these new boards, with more activity in 2018, the listings to date have been technical in nature, with no new equity proceeds raised.

Over the five-year period, the Bourse de Tunis with 23 issuances, and the EGX with 13 issuances followed the JSE in terms of volume of IPO transactions. In terms of value over the past five years, the next largest value of IPO proceeds raised was on the EGX at $1.3bn.

While a stronger year for some exchanges in sub-Saharan Africa, IPO activity on the North African stock exchanges – Egypt, Morocco, Tunisia and Algeria – decreased by 61% in terms of the value of IPO proceeds. There was also no IPO activity in Ghana compared to 2016, which saw $102.0 million raised on the Ghana Stock Exchange.

In contrast, elsewhere on the continent, 2017 saw some significant increases in IPO value on exchanges in Namibia, Rwanda and Tanzania compared to the prior year.

The top 10 African IPOs by value took place in South Africa, Egypt, Tanzania and the Francophone West African region, represented by the BRVM. On a sector basis, for the first time in five years the consumer services sector dominated the African IPO market with 44% of total value, followed by the financial services sector with 26%. In terms of volume, financial services accounted for the greatest volume of IPOs with 50%, followed by consumer goods with 14%.

In 2017 FO activity was on a par with 2015 levels in terms of transaction volume, at 93 FOs – this represented an increase of 27% on the prior year. In terms of proceeds raised, 2017 saw an increase of 42% on the prior year, though it fell short of the highs noted in 2015. Over the past five years, there have been 385 FOs by African companies, raising $43.6bn on both African and international exchanges.

During 2017, the sector composition of African FO activity was largely consistent with the five-year average in terms of value and volume, with the financial services sector contributing 56% of the total FO value, followed by the basic materials sector at 14%.

In 2017, domestic activity represented 76% of total ECM activity in terms of volume, and 87% in terms of value. For African ECM data, this statistic is driven by significant activity on the larger exchanges such as the JSE and EGX. There was an overall drop of 17% and 44% in cross-border activity in 2017 compared to 2016 in terms of both volume and value respectively.

In respect of DCM activity, non-local currency corporate issuances totalled $7.5bn, an increase of 68% in terms of value and 110% in terms of volume over the prior year, with several large first-time issuers tapping into a market with sustained appetite for emerging market yields. Most of this funding was targeted at refinancing existing debt, but there were also instances of these proceeds being put to use for acquisitions or strategic capital expenditure.

Del Boccio comments: “In terms of capital markets activity, we expect that the recovery seen in 2017 will gain momentum in 2018 against a more stable political and economic backdrop. This will likely include an increase in cross-border ECM activity for regional players looking to compete in global markets, the continued impact of partial privatisation efforts through the capital markets, and the effect of other regulatory drivers that will lead African companies’ capital markets.”