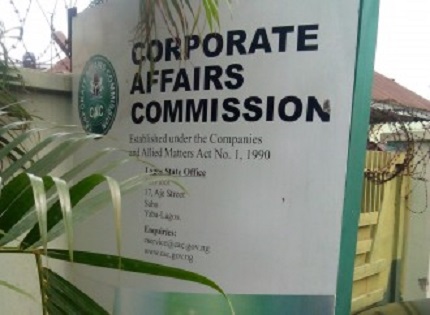 The Corporate Affairs Commission (CAC) has consolidated the forms required to incorporate a business in Nigeria, reducing the number from seven to one, according to the Special Adviser to the commission’s Registrar General, Mr Garba Abubakar.

“We now have just one form which has been deployed this week. It contains all the information you need to register and is available for download on the CAC website. This reduces the cost and time needed to register a business,” Mr Abubakar said on Friday at the Lagos Stakeholders Forum of the Enabling Business Environment Secretariat (EBES).

Mr Abubakar said the CAC would ensure that business owners are able to upload documents electronically as part of its deliverables in the 60-day National Action Plan on Ease of Doing Business in Nigeria.

The Lagos Stakeholders Forum was the second in two days by EBES, following Thursday’s forum in Kano.

According to the coordinator of EBES, Dr Jumoke Oduwole, the forums are designed to inform private stakeholders about government’s efforts to ease the business environment; share details on the Action Plan; and receive feedback to report back to the Presidential Enabling Business Environment Council (PEBEC).

She pointed out that an example of the feedback process at work was the unscheduled visit on Thursday by Acting President, Mr Yemi Osinbajo to the Murtala Mohammed International Airport, Lagos, based on EBES feedback.

“Our vision is a dramatic improvement in Nigeria’s business environment over the next three years to a top 100 ranking in the World Bank Doing Business Report, with increased cross-border trading, increased productivity across key economic sectors and an improved business environment that is attractive to both domestic and foreign investors,” she said.

The two forums in Kano and Lagos were well attended by government officials, heads of MDAs and private sector players who interrogated and interacted with officials, offered advice and aired grievances.

Speaking at the Lagos forum, the Minister of Industry, Trade and Investment, Dr Okechukwu Enelamah, said the renewed push to ease the business environment was due to the realisation that “every country that has gotten it right has enabled businesses. It is the most sustainable long term way.”

The state governments highlighted reform efforts in their states especially as regards getting construction permits and registering properties, which are under their purview.

Some other reform initiatives announced at the forums include the CAC upcoming reform that will allow business owners to get e-stamps for stamp duties without the need to visit the offices of the Federal Inland Revenue Service (FIRS).

On its part, the FIRS said Tax Identification Numbers (TIN) can now be gotten when registering businesses at the CAC without having to visit its offices.

Other facilitators at the event include Ms Yewande Sadiku, the Executive Secretary of the Nigerian Investment Promotion Council (NIPC) and Mrs Jameelah Ayedun, the MD of CR Services.

The Stakeholders Engagement Forums were anchored around the seven priority reform areas of EBES, namely, Starting a Business, Getting Credit, Trading Across Borders, Getting Electricity, Construction Permits, Paying Taxes and Registering Property.

Markets on Standby Ahead of Trump’s Speech