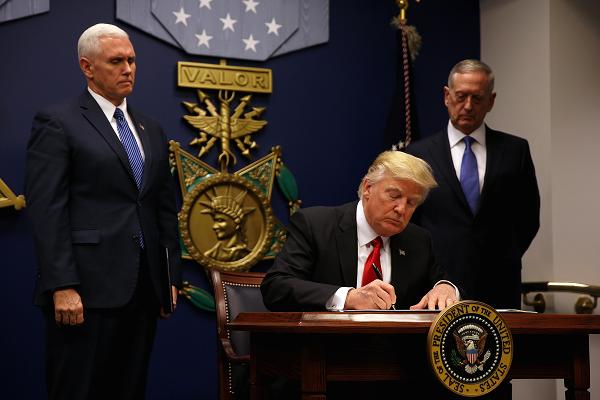 Markets on Standby Ahead of Trump’s Speech

Global stocks were slightly pressured during trading on Monday as unease ahead of U.S President Donald Trump’s speech to Congress weighed on sentiment.

Investors may scatter from riskier assets amid the uncertainty and such should place European markets under renewed selling pressure.

Gains on Wall Street may be capped if bears exploit the downside momentum from Asia and Europe to attack American shares. While the stock market rally this quarter has been impressive, the threat of the heavily anticipated “phenomenal” tax cuts and fiscal policies falling short of market expectations could spark a sharp selloff across the board.

It’s all about Trump

The main highlight this week will be Trump’s speech to Congress which markets hope could provide the much-needed clarity on his plans for tax cuts, health care, and jobs issues.

While there continues to be optimism over Trump’s repeated promises to boost US growth via tax cuts and infrastructure spending, there is a risk of Wall Street experiencing a sharp selloff if nothing new brought to the table.

The Dollar Index continues to balance around 101.10 but could slide lower if Trump fails to convince participants on his market shaking promises at his speech to congress on Tuesday.

From a technical standpoint, the Dollar Index is in a messy range on the daily charts but weakness below 101.00 could encourage a further decline lower towards 100.50.

Sterling was left vulnerable to losses during trading on Monday after reports of a potential Scottish referendum materializing in March added a layer of uncertainty to the Brexit woes.

The downside was fuelled further by Prime Minister Theresa May announcing the end of the free movement of new EU migrants which simply rekindled some hard Brexit fears.

Uncertainty remains the name of the game when handling the Pound with the rising anxiety ahead of the article 50 invoke in March exposing the currency to further downside shocks. From a technical standpoint, the GBPUSD remains heavily pressured on the daily charts and a breakdown below 1.2400 could encourage a further selloff lower towards 1.2200.

The mixture of Sterling weakness and JPY strength has encouraged bearish investors to drag the GBPJPY lower towards 139.00.

This pair remains heavily pressured on the daily charts with the downside momentum opening a path lower towards 136.500. From a technical standpoint, there have been consistently lower lows and lower highs while prices are trading below the daily 20 SMA.

Previous support at 139.00 could transform into a dynamic resistance that opens a path lower towards 136.50.

Uncertainty across the financial markets and political risk has boosted the appetite for safe-haven assets with Gold back in fashion.

This yellow metal remains firmly bullish on the daily charts with further upside expected in the short term if Dollar weakness persists.

With investors on the edge ahead of Trump’s speech to Congress on Tuesday, bulls may exploit the anxiety to propel prices higher back towards $1260. From a technical standpoint, $1250 could act as a minor intraday support that encourages a further incline towards $1260 and potentially higher.

Lukman Otunuga is a Research Analyst at FXTM