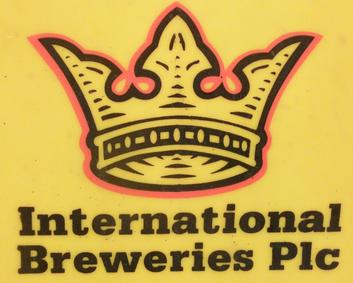 The management of International Breweries has announced the retirement of Otunba Michael Daramola as Chairman of its Board of Directors.

In a statement signed by its Secretary, Mr Muyiwa Ayojimi, the firm said at its board meeting held on Tuesday, March 21, 2017, it was resolved that Mr Sunday Akintoye Omole should take over as its Chairman effective March 22, 2017.

The company explained that Mr Daramola in line with its Articles of Association following the expiration of his five year tenure as Chairman.

International Breweries said the new Chairman is a graduate of the University of Ibadan, where he bagged a B.sc in Sociology.

He is a member of the Association of Chartered and Certified Accountants U.K, and holds an MBA specialization in Human Resources from Everest University, United States of America.

He is on the Board of directors of a few other companies including Cardinal Investments (Nigeria) limited, Mustard Concept LLc (USA), the Omole Group and Universal foods and Beverages.

Prior to his appointment, he was the Chairman of the Company’s risk Management/Remuneration Committee as well as a member of the Audit Committee.

Also, at the meeting, the Board approved the appointment of Mr Michiel Oerlemans as the new Chief Operating Officer (COO) for the company effective March 22, 2017.

Mr Oerlemans succeeds Mr Andrew Ross whose resignation was accepted by the Board.

He holds a Bachelor’s degree in Business and Financial Management among other professional management courses.

He started out his career with South African Breweries about three decades ago, where he garnered experience in the marketing, logistics and distribution aspects of the Brewery business and rose through the ranks to top management. He has worked to develop and implement marketing, sales and operational strategies with the now controlled ABlnbev breweries in Lesotho, Northern region of Zambia and Ghana prior to his joining the company.

The statement said Mr Oerlemans brings to the company tremendous corporate and management experience and his appointment will no doubt boost stakeholder’s value.