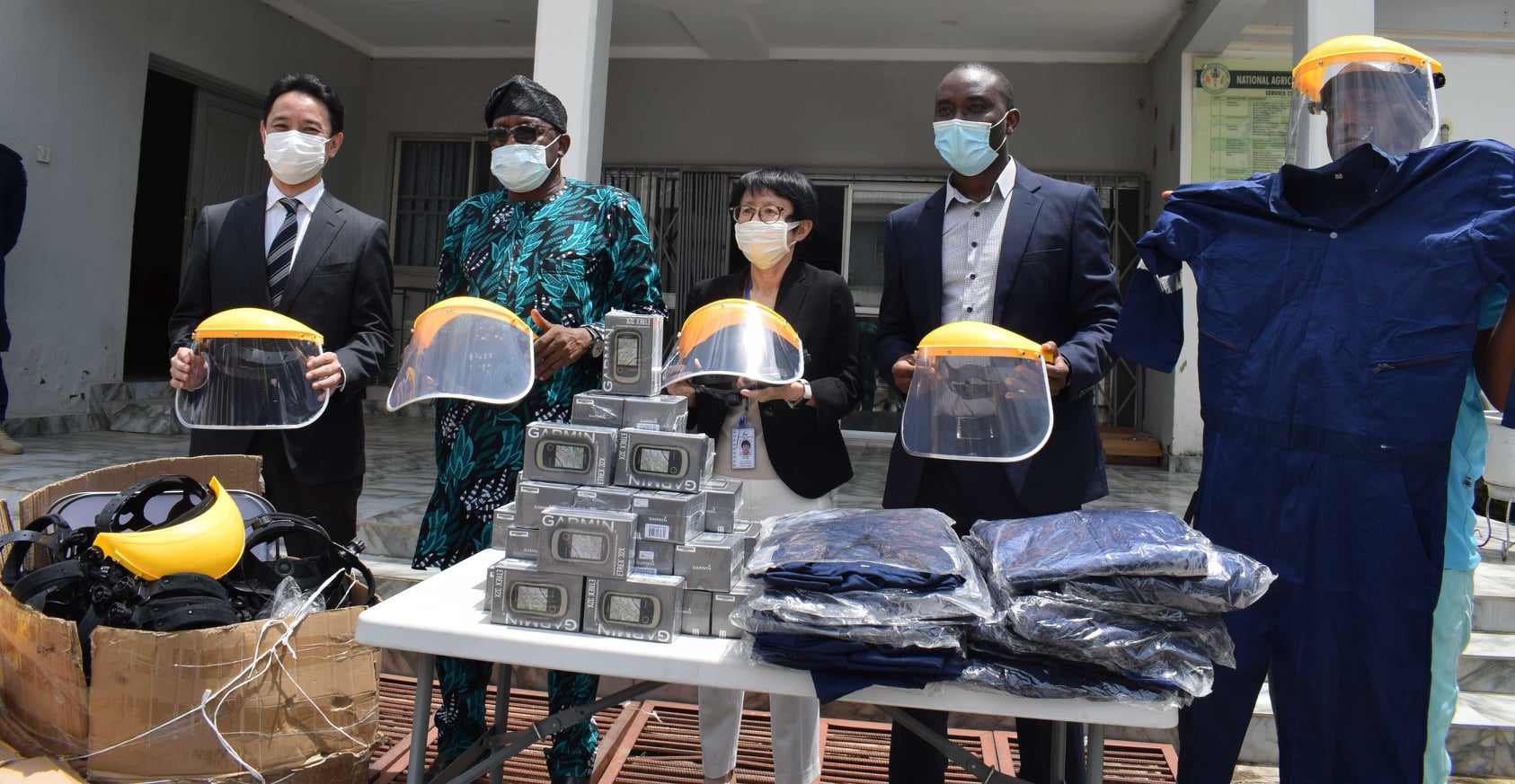 As part of efforts aimed to address the rising food insecurity in Nigeria, the government of Japan has donated some seed testing kits to National Agricultural Seeds Council (NASC).

The donation was done on Thursday through the Japan International Cooperation Agency (JICA).

It was gathered that the kits were given to the agency to help the country mitigate the effect of the COVID-19 pandemic, especially on food production.

Presenting the kits to NASC at its headquarters in Abuja, the Chief Representative of JICA Nigeria Office, Mr Nakagawa Takayuki, said the Japanese government will continue to assist Nigeria in every way it can.

The Director-General of NASC, Mr Phillip Olusegun Ojo, while receiving the items, thanked JICA for the nice gesture and said the field inspection equipment and outfits will in no small measure contribute to the council’s efforts in ensuring the production of quality rice seeds.

NASC and JICA have been cooperating on developing the Nigerian agricultural industry in various ways, one of which is the improvement of the rice sector, through the development of the National Rice Development Strategy (NRDS I) which NASC immensely contributed to from 2009-2019.

Due to the success of phase one, a second phase was initiated known as NRDS II, which has now been finalized and adopted.