Liberia Gets €35m for Agriculture 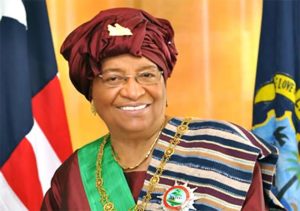 The European Union (EU) has announced that it will provide €35 million in support of agricultural development and the General Auditing Commission (GAC) in Liberia.

Speaking in Monrovia on Monday, European Union Ambassador to Liberia, Tiina Intelmann said: “The European Union props both the private and the public sector in Liberia. The EU supports the Government’s efforts to boost the economy through agricultural development, because agriculture is the road to progress and development.”

She added, “Supporting the national audit watchdog ultimately means assuring that public money is properly and wisely spent so as to provide the citizens of Liberia with best value for their taxes and other country’s public resources”.

Ambassador Intelmann stated that the EU will assist cocoa, fisheries, food and nutrition security as well as capacity at the Ministry of Agriculture in ongoing efforts to implement the Country’s own Agriculture Transformation Agenda.

She said that the EU will help develop the markets for cocoa and fisheries with €8.5 million and €7 million respectively so that Liberian farmers and fishers will increase their incomes from selling their produce. The Envoy added that the EU will assist Liberia to improve rules and policies for fisheries to fight against illegal fishing in the spirit of the political cooperation between Liberia and the EU through the recently signed EU-Liberia Sustainable Fisheries Partnership Agreement.

Also, Ambassador Intelmann announced that the EU will support the government of Liberia with €12 million to overcome food insecurity by stimulating productivity and diversity in food crops in several counties that suffer from food insecurity.

The EU support will build capacity in the Ministry of Agriculture with €12 million so that it delivers policies and services to the best use of Liberian citizens.

The EU Envoy stressed that following a longstanding partnership with the General Auditing Commission (GAC), the EU has decided to support the Supreme Audit Institution with €5 million over the next four years to fund implementation of its Strategic Plan, and key elements of its Staff Professionalization and Capacity Building Strategy. While previous programmes helped to make the GAC fully operational, the new support will help the GAC to improve performance, be autonomous and independent in line with the 2014 Liberian GAC Act. The GAC will be responsible for managing €3 million of the programme.

The ultimate goal is for the GAC to become a Supreme Audit Institution up to international standard which will have a substantial impact on how public money is spent in Liberia.

The main activities under this programme will entail making the GAC more effective in terms of both audit capabilities and the management capabilities necessary for an autonomous agency, as well as strengthening the relationships with audited Ministries and Agencies, the National Legislature and the media to ensure that the GAC’s audit recommendations are fully taken on board.