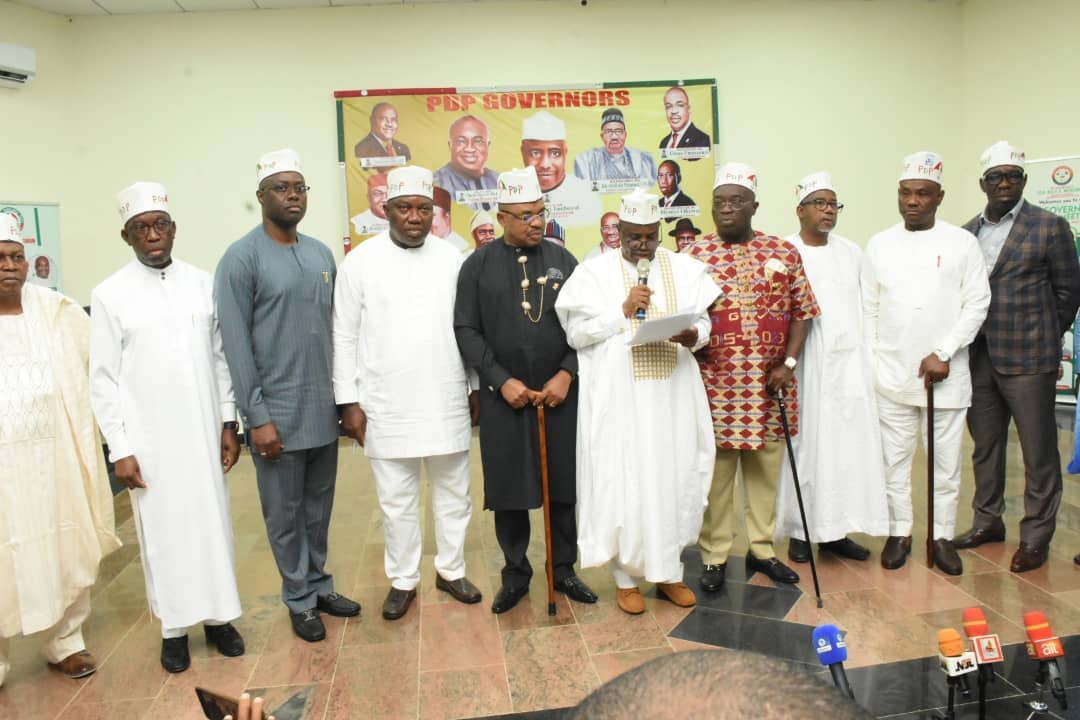 Governors elected on the platform of the Peoples Democratic Party (PDP), the main opposition party, have accused the All Progressives Congress (APC) led federal government of wrecking the Nigerian economy and turning the country “into a killing field.”

On Monday, the opposition governors met in Bauchi State to discuss the state of the economy and security in the country. The gathering was chaired by the Governor of Sokoto State, Mr Aminu Tambuwal.

At the end of deliberations, a communique was issued at the Governors blamed the administration of President Muhammadu Buhari for leaving the nation’s economy in tatters.

They said the government has not done enough to attract foreign direct investments (FDIs) as policies put in place have always discouraged foreign investors from Nigeria.

“Government should stop paying lip service on the Ease of Doing Business, as foreign direct investments have continued to fall partly due to obstacles placed on foreign companies wishing to invest in Nigeria.

“A glaring example is that of Facebook who insisted on investing in Nigeria rather than Ghana, and is being frustrated by regulatory authorities,” a part of the communique read by Mr Tambuwal stated.

To address this issue and others, the opposition governors advised the national government to join forces with the state governments.

“On the economy, the meeting admonished the APC federal government to collaborate more with state governments to stem the unemployment scourge affecting the youths of Nigeria, through technology and increased production in all fields of endeavour,” they said.

In addition, they want President Buhari to urgently tackle banditry and terrorism in the country, emphasising that these have not in any way helped the economy.

“On the security of lives and properties, in addition to our earlier recommendations, it is time to bring the activities of bandits, kidnappers and terrorists to an end, through increased use of military equipment, traditional means of conflict resolution and technology for surveillance and the development of the political will to flush them out.

“Kidnapping, banditry and terrorism are not business ventures as claimed by the APC but heinous state crimes that is destroying the Nigerian economy, the educational and social future of our children and causing significant social upheavals in society,” the PDP Governors admonished.

They also called on the Nigerian National Petroleum Corporation (NNPC) and other revenue-generating agencies to “strictly abide by the Constitution by remitting all their revenue less cost of production into the federation account as provided for by S.162 of the Constitution.”

On politics, the opposition governors berated Mr Buhari for turning the State House into the headquarters of the APC, where he receives decamping members of the PDP. They want him to focus on governance and restore the past glory of Nigeria.