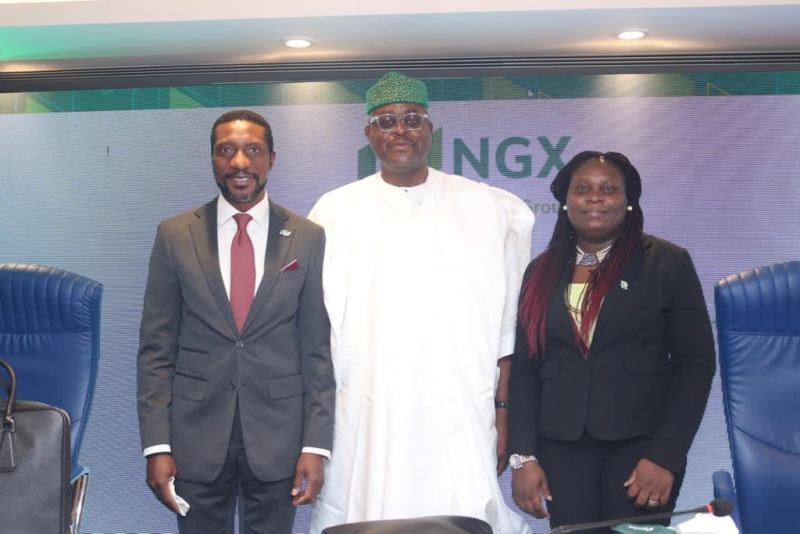 Mr Omyema said this when he was explaining how the non-operating company plans to deliver value to NGX Group shareholders as it plans to list its stocks on the NGX Limited platform.

Speaking at the Fact Behind the Listing held on Monday, October 11, Mr Onyema said that the company has diversified holdings of which each generates revenues, giving the organisation a strong foundation as it comes to the stock market.

Being an integrated market infrastructure that holds interest in its three major subsidiaries, including NGX Limited, NGX Regulation, and NGX Real Estate, the GCEO assured shareholders of the maximized income they can get from their investment.

“Nigerian Exchange is the leading listing and changing platform on the continent with multiple assets that are traded and listed, and that connects Nigeria and Africa to the rest of the world,” he said, adding that this accounts for about 67 per cent of the revenue of the group.

He also identified the group’s regulatory pillar, which is registered with the Security and Exchange Commission (SEC), that provides regulatory services to NGX exchange and eliminates potential conflict of interest using the best model for the Nigerian political economy.

Speaking on the NGX real estate company, which was incorporated in 1974, and owner of the group’s head office at Marina, Lagos, Mr Onyema said, “it is really positioned to acquire new streams of income and do other types of real estate investments.”

He noted that this pillar focuses on cooperative letting and managing, and other facilities lending to drive revenue streams while addressing the housing challenges that Nigeria has.

According to him, “The associate companies include Central Securities Clearing System Plc (CSCS) where we hold about 29.2 per cent and NG Clearing Limited where we own about 28 per cent.

He noted other affiliate companies of the group which includes Over-the-counter (OTC) exchange companies such as FMDQ group where it owns about 6.5 per cent, and NASD Plc where it owns 10 per cent, marking the largest shareholder in that market.

“We also intend to diversify, and bring in other revenue streams to complement and really strengthen the value creation for our stakeholders,” he added.

The GCEO also disclosed that the company intends to build further investment in Financial Technology (Fintech) solutions as time goes on.