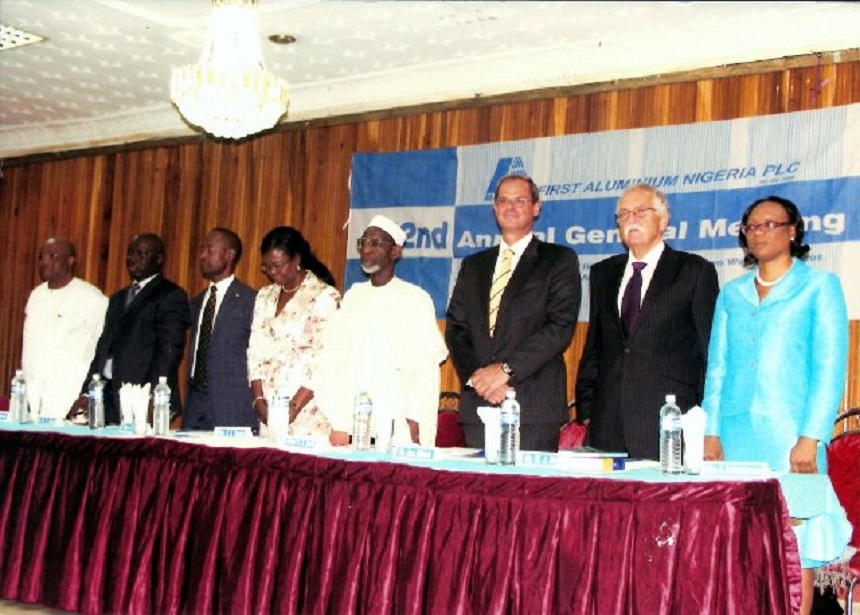 It is a known fact that companies join the stock exchange to widen their prospect of getting funds to expand their operations, but the board of First Aluminium Nigeria Plc said this has not been the case with the company.

This week, the board of aluminium firm explained why they want to exit the Nigerian Stock Exchange (NSE) by delisting shares of First Aluminium from the bourse.

According to the board, the inactivity on the shares of the company as well as the inability of the current listing to help in realizing the corporate objectives of the company are the main reason behind the delisting.

The firm had intended to raise fresh capital to boost its operations, but its current illiquidity has rendered this primary corporate objective unattainable.

“Neither the company nor any shareholder is benefiting from the continued listing on the NSE. Furthermore, rationalization of operational expenses to support the company’s business and to meet the needs of various stakeholders as the attendant cost required to comply with its listing requirements including filing fees, penalties or sanctions, are not commensurate with the benefits to the company,” First Aluminium stated.

According to the company, over the past seven years, there have been little or no trading activity on the shares held by the minority shareholders while the share price was stuck at 50 kobo for about six years. It has since dropped further below nominal value.

“Shareholders are not benefitting from the continued listing as they are not getting exit opportunities and their investments have been locked up, thereby finding it difficult of their shareholding. Neither the company nor its shareholders have benefitted as the company’s shares continue to trade at a significant discount to the intrinsic value,” First Aluminium added.

ALUCON Holdings is offering to pay 55 kobo per share. Alternatively, shareholders can trade their shares on the NSE. However, a shareholder that desires to remain a shareholder of an unlisted First Aluminium Nigeria Plc shall be free to do so.

The company noted that the voluntary delisting will offer exit opportunities to shareholders who do not wish to remain in an unlisted public company.

Following a resolution by the board of directors of the company on August 08, 2018, shareholders of First Aluminium Nigeria had at the annual general meeting on September 25, 2018 approved the voluntary delisting of the entire issued share capital of 2.11 billion ordinary shares of 50 kobo each. First Aluminium Nigeria was listed on the NSE in 1992.

The voluntary delisting will become effective upon the obtainment of the written approval of the NSE.