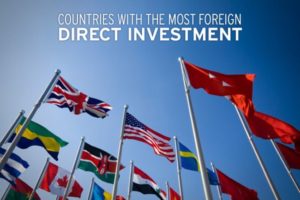 The Lagos Chamber of Commerce and Industry (LCCI) has blamed the low inflow of foreign direct investment (FDI) into Nigeria on wrong economic policies of the government despite the huge investment opportunities that abound.

In a communiqué issued at the end of the second edition of the Lagos International Investment Conference in Lagos, the LCCI advised government to come up with policies that would give businesses the environment to flourish.

The chamber said the Nigerian economy remains one of the most viable in Africa with diverse natural resources and a large market with a huge demographic advantage that can propel the diversification drive of the current administration.

The communiqué signed by Vice President and Chairman Trade Promotion Board of LCCI, Mr Sola Oyetayo, noted that there is need to reconfigure a more liberal economic policy framework that will unlock the opportunities inherent in agriculture, information and communications technology (ICT), green energy, transport, and tourism amongst others.

It was agreed that government should come up with a holistic economic blueprint that will provide the right set of incentives to both local and international investors towards making Nigeria a competitive destination for investment inflows and improving the ease of doing business.

The communiqué said, “The urgent need therefore to move away from the precarious dependence on one major source of foreign exchange earnings by diversifying the export base of the economy through an all-embracing economic development strategy has become imperative.”

“A significant improvement in investment in the sector would improve on the per-hectare use of fertilizers, irrigation and mech­anization so as to significantly improve agricultural productivity, thereby curbing rural-urban migration.

“Investments in commercial agriculture offers a great window of opportunity which should be exploited to the fullest, alongside encouraging and empowering small and medium scale farmers.

“There is a need for Nigeria to develop a national tourism policy clearly focused on cultural tourism or ecotourism or perhaps a combination of both.

“In this regard, the various tourism loca­tions and potential all over the country should be developed with the help of private sector operators and investors.

“The exit from Nigeria of some major airlines should be considered a serious course for concern and all effort should be made to bring them back. The Ministry of Aviation should convene a stakeholders meeting on the best way to retain and enhance Nigeria’s status as the aviation hub for West and Central Africa.

“Government should also consider the option of forming a new Ministry of Aviation and Tourism, as has been successfully done by some countries in Africa and the Middle East with remarkable success,” participants at the event submitted.

The conference with the theme ‘Positioning the Nigerian Economy for Diversification and Sustainable Growth’ was attended by the president of the Chamber, Mrs Nike Akande, who was the host; the Minister of State, Industry, Trade & Investment, Mrs Aisha Abubakar; Commissioner, Lagos State Ministry of Commerce, Prince Rotimi Ogunleye, who represented the Governor of Lagos State, Mr Akinwunmi Ambode; Ambassador of the EU to Nigeria and ECOWAS, Mr Michel Arrion; Dr Reuben Bamidele, who represented the Country Representative of United Nations Industrial Development Organization (UNIDO); among other dignitaries.