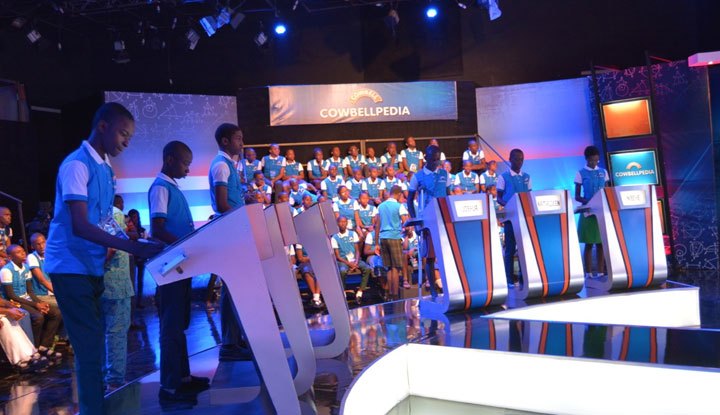 No fewer than five students got 100 percent score in the March 19, 2017 qualifying examination for this year’s Cowbellpedia Secondary Schools Mathematics TV Quiz Show conducted by the National Examination Council (NECO).

Out of the five, two came from Lagos State and were both from the junior category.

The fifth student, the only in the senior category, is 14 years old Master Michael Paul of Excelgrace Academy, Gboko, Benue State.

In the 2016 edition, eight students got the perfect score with Osun State producing four, while Cross River, Abia and Ogun States made up the rest.

An analysis of the enrolment this year shows that out of a total of 51,018 students that sat for the Qualifying Examination of the 2017 Cowbellpedia Secondary Schools Mathematics TV Quiz Show, Lagos State topped the enrolment chart with 7,098 candidates.

Like in the previous editions, the best 108 students (54 each for Junior and Senior categories) will proceed to the second stage, which is the Television Quiz Show.

The second stage, which will be in a quiz format, will be further sub-divided into preliminary, semi-finals and finals. The show will be serialised into 13 episodes and aired on major cable and terrestrial television stations across the country.

Head of Marketing, Promasidor Nigeria Limited, Mr Festus Tettey acknowledged the support given by NECO, State Ministries of Education, School Principals, Teachers, the media and other partner agencies for the initiative over the years.

He explained that the Top 3 in each state for both Junior and Senior categories in the Qualifying Examination will be rewarded with cash prizes. The ultimate prize for this year’s edition is N1 million and an all-expense paid educational excursion outside the country while the first and second runners-up will go home with N750,000 and N500,000 respectively.

The teacher of the top prize student winner will be awarded N400,000, while those of the first and second runners-up will be rewarded with N300,000 and N200,000 respectively.

Related Topics:Cowbellpedia Qualifying Exam
Up Next

Calm Returns to LASPOTECH after Protest