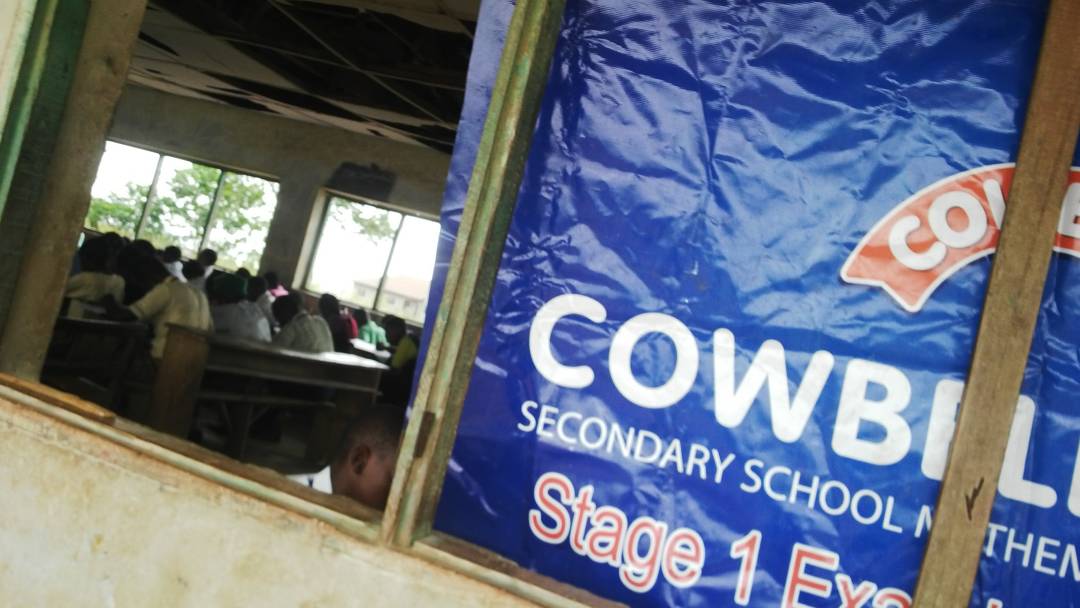 There is anxiety among students who participated in the 2017 Cowbellpedia Secondary School Mathematics Qualifying Examination as they await release of the results on June 1, 2017.

It was gathered that a total of 51,018 students sat for this year’s stage one of the 2017 Cowbellpedia Secondary Schools Mathematics TV Quiz Show.

Aside the figures, the percentage of online registration to total registration increased from 43 percent to 63 percent in 2017. Majority of the states grew over the 2016 registration figures.

A cross section of students who took the examination in March 2017 expressed optimism about the outcome as they look forward to checking their results on the online portal; www.cowbellpedia.ng.

For Kehinde Hassan, a Junior Secondary Student of Pakoto High School, Ifo, Ogun State, a first time participant, he is confident of a good outing despite what he called his initial tension and exam fright.

Johnson Oluwole, his counterpart from Jacobs High School, Owode, Ogun State also expressed optimism about his qualification for the second round.

“I have tried my best, and I am praying, my family is praying too. I just hope for the best,” he said.

Teachers and authority of the various schools that presented students are equally looking forward to a successful outing for their candidates.

Oluwatoyin Ayodele, one of the teachers at the Pakoto Examination centre, praised the brains behind the initiative and affirmed that his students will cruise to the next stage.

“I have no doubt at all. My students have prepared very well and my wish for them is to get to the finals and win the ultimate prize,” he said.

Candidates have been advised to visit www.cowbellpedia.ng for the Stage One result from June 1, 2017 as 108 students (54 each for Junior and Senior categories) are to proceed to the stage two, which is the television quiz show.

The stage two, which will be in a quiz format, will be further sub-divided into preliminary, semi-finals and finals. The show will be serialized into 13 episodes and aired on major television stations across the country.

The ultimate prize for this year’s edition is N1 million and an all-expense paid educational excursion outside the country, while the 1st and 2nd runners-up will go home with N750,000 and N500,000 respectively.