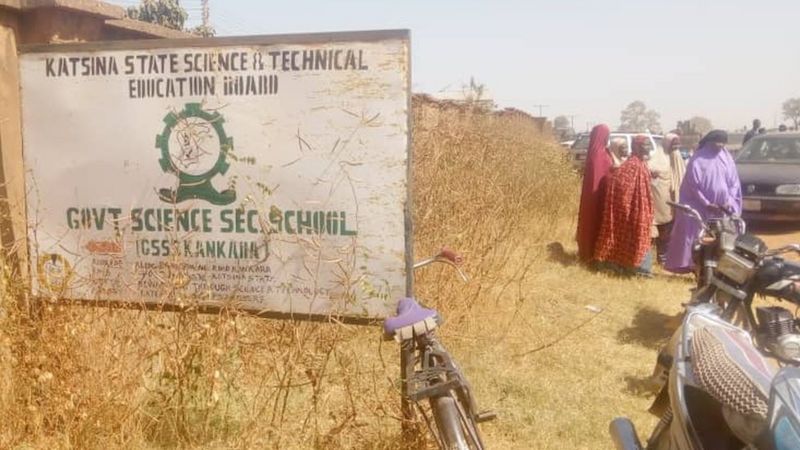 The attack on a secondary school in Kastina State by some bandits on Saturday morning is not going down well with President Muhammadu Buhari.

Some gunmen were reported to have stormed the Government Science Secondary School in Kankara, Katsina State, and allegedly went away with some students.

The incident happened a day after President Buhari travelled to hometown in Daura, Kastina State, for a weeklong visit.

Many Nigerians have reacted to the attack, noting that the situation shows the poor state of security in the country as the bandits did not fear the presence of the Commander-in-Chief in the state before carrying out their activities.

Ostensibly embarrassed by this, Mr Buhari, in a statement issued by his Senior Special Assistant on Media and Publicity, Mr Garba Shehu on Saturday evening, directed the army and the police to go after the attackers to ensure that no student gets missing or harmed.

In the statement, he “strongly condemned the bandits’ attack,” urging the school authorities to carry out an audit of the population of the students.

When the bandits raided the institution, they shot sporadically, causing many people in the community, including some students and teachers of the school, to run to safety.

Also, some parents rushed to the school to take their children and wards, but the President has asked them to notify the school and police authorities in order to have a full account of the school population.

“I strongly condemn the cowardly bandits’ attack on innocent children at the Science School, Kankara. Our prayers are with the families of the students, the school authorities and the injured,” said President Buhari while pledging to continue to support the police and military struggle against terrorists and bandits.

According to the statement from Mr Shehu, in the latest briefing received by the President from Governor Aminu Bello Masari, with whom he has been in touch, and the Army Chief of Staff, General Tukur Buratai, the military, supported by airpower has located the bandits’ enclave at Zango/Paula forest in Kankara and there has been an exchange of gunfire in an ongoing operation.

“Police said so far, there has not been reported any student casualty.

“The President has directed the reinforcement of security of all schools in line with the safe-schools policy of the administration,” the statement said.

Related Topics:Government Science Secondary School in KankaraKankara Abduction
Up Next

SERAP Gives Buhari 14 Days to Explain Use of N116m for Pens, Others by Petrol Ministry

Why Nigerians Run to Unsafe Countries for Greener Pastures—Akande-Sadipe