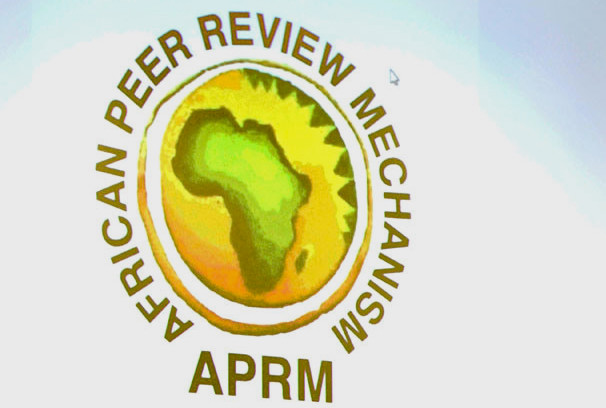 The Economic Commission for Africa’s Acting Executive Secretary, Abdalla Hamdok, on Saturday signed a Memorandum of Understating with the African Peer Review Mechanism to establish a continuous partnership in support of the objectives and priorities of the African Union and the United Nations.

The APRM was established in 2003 by the New Partnership forAfrica (NEPAD) Heads of State and Government Implementation Committee (HSGIC) as an instrument for monitoring performance in governance among Member States. The APRM is a self-monitoring instrument and its membership is voluntary.

The mechanism’s primary objective is to foster the adoption of policies, values, standards and practices of political and economic governance that lead to political stability, accelerated sub-regional and continental economic integration, economic growth and sustainable development.

According to the MoU, the parties will, from time to time, agree on programmes and activities that will be carried out jointly, or by APRM with the support of ECA, as they seek to promote issues that will lead to good governance and inclusive growth on the Africa continent.

The activities will also include the monitoring and evaluation of the state of governance in reviewed countries, reinforcement of the role of the APRM as the monitoring organ for Agenda 2063 and the Sustainable Development Goals, campaign towards universal accession, enhanced role of the APRM in the effort to tackle illicit financial flows out of Africa and any other activities as may be agreed in the future.

“We are excited by the MoU and the prospects it brings for cooperation between the two organisations as we seek the best for Africa,” said Mr Hamdok.

The relationship between the two organisations in the MoU will be guided by principles including equality of partners, African-led and owned development, the pursuit of the AU and UN shared values and aspirations; and pursuit of the African transformation agenda.

The Executive Secretary of ECA and the Chief Executive Officer (CEO) of the APRM Secretariat will ensure that appropriate arrangements are made for the satisfactory implementation of this MoU and to promote close collaboration between the two institutions.

Meanwhile, President Uhuru Kenyatta earlier on Saturday chaired the 26th APRM Forum where he said Africa should take pride in the progress it has achieved in promoting good governance.

He said despite all the challenges facing Africa, there was so much to celebrate on the continent in terms of improved governance and rapid development especially in countries that are participating in the APRM forum.

“Various APRM member states continue to implement mega infrastructural projects with a regional and even continental dimension. These programs are a critical part of our regional integration agenda,” said Mr Kenyatta.

Earlier in the week Mr Steven Karingi, the Director of the ECA’s Capacity Development Division said in line with its mandate of promoting good governance in the continent and its comparative advantage in the UN system, in 2016 the ECA made strategic contributions in knowledge generation and capacity building to the APRM.

These include the secondment of a senior regional advisor to the APRM and undertook three studies on the impact of the APRM on Governance in APRM Participating African Countries; worked on a training manual on the harmonization of the APRM National Plan of Actions into other existing national development strategies and study on a Continental Monitoring, Evaluation & Reporting (MER) system.

Mr Karingi was speaking on behalf of Mr Hamdok at the 13th Meeting of the APRM Strategic Partners.

“It is exactly one year, since the launching of the revitalisation of the mechanism. Since then, under the leadership of his Excellency Mr Uhuru Kenyatta, and Chair of the APR Forum, with the strong support of the CEO of the Secretariat and the Panel of Eminent Persons, the mechanism has been injected with energy by reaching remarkable milestones in twelve months,” said Mr Karingi.

Five new countries were peer-reviewed this weekend such as Chad, Djibouti, Kenya, Senegal, and Sudan. This will be the first time in the APRM history that the second generation of reviews was launched and Kenya will be the pioneer the 2nd review generation.

The APRM is meant to encourage participating States to ensure that the policies and practices of those States conform to the agreed political, economic and corporate governance values, codes and standards, and achieve mutually agreed objectives in socio-economic development contained in the declaration on Democracy, Political Economic and Corporate Governance;

By joining the APRM, Member States agree to voluntarily and independently review their compliance with African and international governance commitments. Performance and progress are measured in four thematic areas: democracy and political governance; economic governance and management; corporate governance; and socio-economic development.